The food and culture of Laos comes to Yoyogi Park

Late May
Venue: Yoyogi Park When: Late May 2023

The Laos Festival brings the country's overall vibe to Tokyo, and its laid-back, easy going atmosphere is a welcome relief in the bustling metropolis.

An early-season stop on Yoyogi Park's summer-long series of international festivals, the Laos Festival puts on display the Southeast Asian nation's culture, from its cuisine to its music, and including drinks, demonstrations, and handicrafts. The word that keeps coming to mind is "nice." Everything about the festival seems nice. The people are nice. The food is nice. It's nice to walk around and soak up the atmosphere.

While not one of the major, enormous events that the park sees, what makes the festival is the obvious pride the Laotian people have in their country. If you don't know what Laos's flag looks like, you will soon after arriving. It's everywhere.

If Lao cuisine strikes you as similar to some of its geographical neighbors, that's because it leaked over the country's borders and influenced the food culture of both northern Thailand and Cambodia. Laos's food is heavy on sticky rice, fish oil, and lemongrass. Perhaps the most famous dish is laap (or larb), a salad of lettuce, greens and spices with marinated meat (or fish), often with a lime flavor. The laap I tried was surprisingly spicy and completely delicious - the best of the foods I tried. Wash down your sampling of Lao dishes with some Beerlao, a practically-named drink imported directly from the capital city of Vientiane.

The culture part of the festival was also interesting. A number of Lao musical stars were lined up to perform, and put on a consistently good show over the two days. While the performers are certainly more famous in their home country than they are in Japan, it was easy to see the appeal and enjoy the festival-like feeling of the audience. Tents exhibited Laotian crafts, traditional clothing, and musical instruments. A variety of sellers had clothes, jewelry, and other goods for sale. Travel and government organizations were set up with a mountain of information.

Though the Laos Festival is a good time, the only regret is that the Laotian community in Tokyo isn't a bit larger. While the festival had everything you need for a good time, they needed a little help from their friends to fill out the festival space. There were a fair amount of Thai food vendors, and the entertainment lineup contained a handful of Japanese acts mixed in with the Laotian ones. However, while that might detract from a lesser festival, the overall spirit and quality of the event made it one worth attending again next year.

It is held in the event square near the permanent stage in Tokyo’s Yoyogi Park, near the NHK building. It is about a 5 minute walk from Harajuku Station (JR Yamanote Line) or Meijijingumae Station (Chiyoda Line), and a 10 minute walk from Yoyogi-hachiman Station (Odakyu Line). 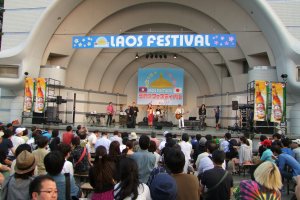 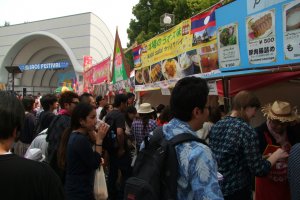 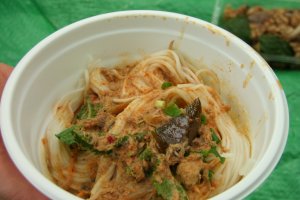 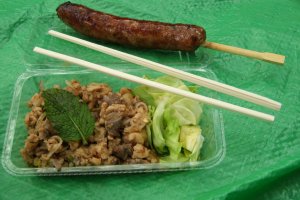 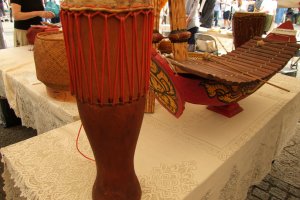 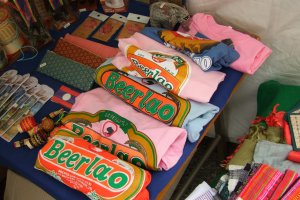 Kim a year ago
Would love to try the food!
Reply Show all 0 replies
1 comment in total