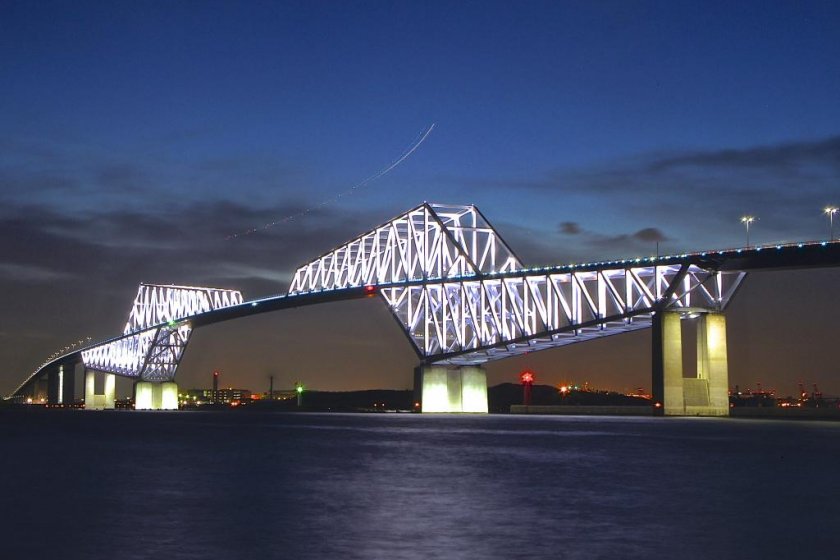 Early in 2012, from my apartment in Edogawa Ward, I started to see some new blueish shining structure in the Tokyo Bay area. I didn't know what it was, so I searched the internet and found an article from NHK (Japan Broadcasting Corporation) announcing the opening of the Tokyo Gate Bridge for general traffic.

Jogging on the Edogawa track near Kasai Rinkai Park, the cantilever structure of the Tokyo Gate Bridge looks like two metallic monsters facing each other and hence the nickname of this structure, Dinosaur Bridge. Unlike the Rainbow Bridge, the Tokyo Gate Bridge is a not part of an expressway, but a national highway and it is therefore free of charge to drive across, which gives you very beautiful views.

I have taken a lot of photographs of this bridge in the evening time when it is lit up, from various locations around Tokyo Bay. The carousel below also contains photographs of this bridge taken from Wakasu Park, which allows close views of the white lights on the truss from both the left and the right hand sides. This spot is well known to photographers who like to take shots of the planes taking off at Haneda Airport. Turning over the bridge, the trails left by the planes in the sky can be captured beautifully.

Haneda Airport has got a lot closer to my home in Edogawa Ward after the bridge was opened; it now takes only about 20 minutes by car. Haneda Airport actually has a nice observatory, which offers beautiful views of the Tokyo Gate Bridge in the distance, similar to the views from the Edogawa jogging track near Kasai Rinkai Park.

At the end of Golden Week my family and I drove back home from Haneda Airport over the Tokyo Gate Bridge. As the route is pretty new, it was not on our navigation system and we had to figure out the way from Haneda Airport towards Shin Kiba ourselves. Anyway, the night-time drive was wonderful, with the bridge lit up and the city lights of Tokyo in the distance.

The bridge is a great addition to Tokyo's infrastructure, in particular for companies and residents of Edogawa and Koto Wards. For example, the proximity of the airport saves logistic companies a lot of fuel cost to reach the Kasai and Gyotoku warehouses.

If you like to spend a little bit more time around the bridge at night, take your camping gear, set up a tent at the Wakasu Park facility and enjoy the views throughout the whole night. 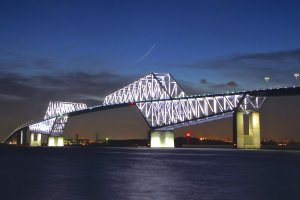 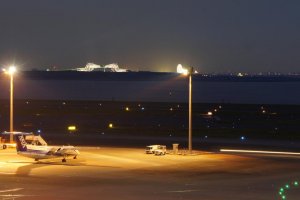 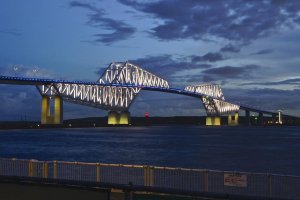 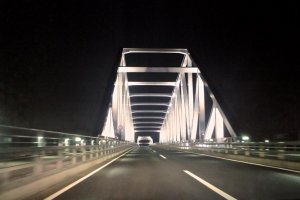 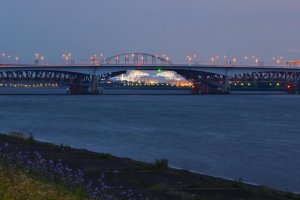 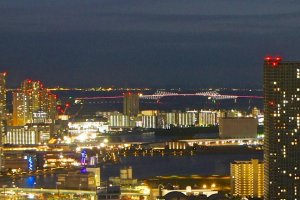