May at Kabukiza Theatre

Honouring legends of the stage

The extravagance of kabuki

One of Japan's three traditional theatre arts, kabuki traces its history back to the Edo period. Its highly stylised and visually impressive performances result in what can only be described as an outlandishly thrilling spectacle of story, song and costume.

To honour the celebrated kabuki actors, Ichikawa Danjuro IX and Onoe Kikugoro V, Kabukiza will be performing daily renditions of plays including The Revenge of the Soga Brothers and The Maiden at Dojoji Temple.

There are two programs per day, the Matinee and the Evening. Advanced or day tickets starting from ¥4000 can be booked via the official website and allow you to watch the entire day's program.

For casual fans or those pressed for time, single act tickets are a great way to sample one act of the program. Tickets are available at the theatre on the day. Prices depend on the length of the act and range from ¥600-2500.

Take the Hibiya or Asakusa Subway Lines to Higashi Ginza Station. The theatre is accessed directly from Exit 3. You can also take the Ginza or Marunouchi Lines for a 5-minute walk from Exit A6. 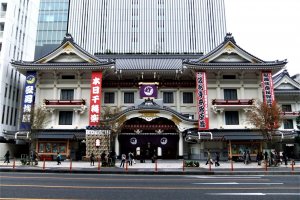 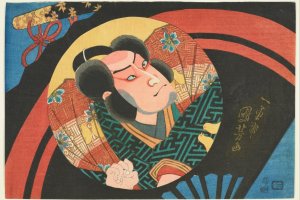 Elena Lisina a year ago
Is it easy to get tickets for one act or a kinda chellenge? I'd like to try, but don't want to waste time if it is difficult.
Reply Show all 2 replies

Sleiman Azizi Author a year ago
It's pretty straightforward. Just go in a but a ticket. It's all set up.
Reply

Elena Lisina a year ago
Thank you! Will try!
Reply

Kim B a year ago
It's still on my Japan bucket list to visit one of these performances!
Reply Show all 2 replies

Sleiman Azizi Author a year ago
If you don’t go you can never be cool.
Reply

Kim B a year ago
Haha, now you've hit me where it hurts - I have to go!
Reply

Elizabeth S a year ago
Single act tickets are brilliant.

Sleiman Azizi Author a year ago
My first single act ticket was for a play titled, if I recall correctly, Satomi Hakkenden or the Eight Dog Warriors. It was brilliantly entertaining.
Reply

Elena Lisina a year ago
Sleiman, is there any Kabuki performance in July? I couldn't find any information through internet.
Reply Show all 4 replies

Sleiman Azizi Author a year ago
At the Kabukiza? Yes, there will be. The program hasn't been released yet though so tickets won't be on sale until midway through June.
Reply

Elena Lisina a year ago
I'd like to wtach because still had no such experience. Only Miyako Odori in Kyoto. I like taiko shows, but also can't find any in July.
Reply

Sleiman Azizi Author a year ago
This is the spring season schedule. The one for July will, obviously, follow soon enough. https://en.japantravel.com/tokyo/revolutionary-new-drumming-entertainment-in-tokyo-mangekyo/58935
Reply

Elena Lisina a year ago
Thank you very much! I come in July, alas! Those dates I chose for the opportunity to climb Fuji-san.
Reply
13 comments in total