Deep in the woodland of Yoyogi 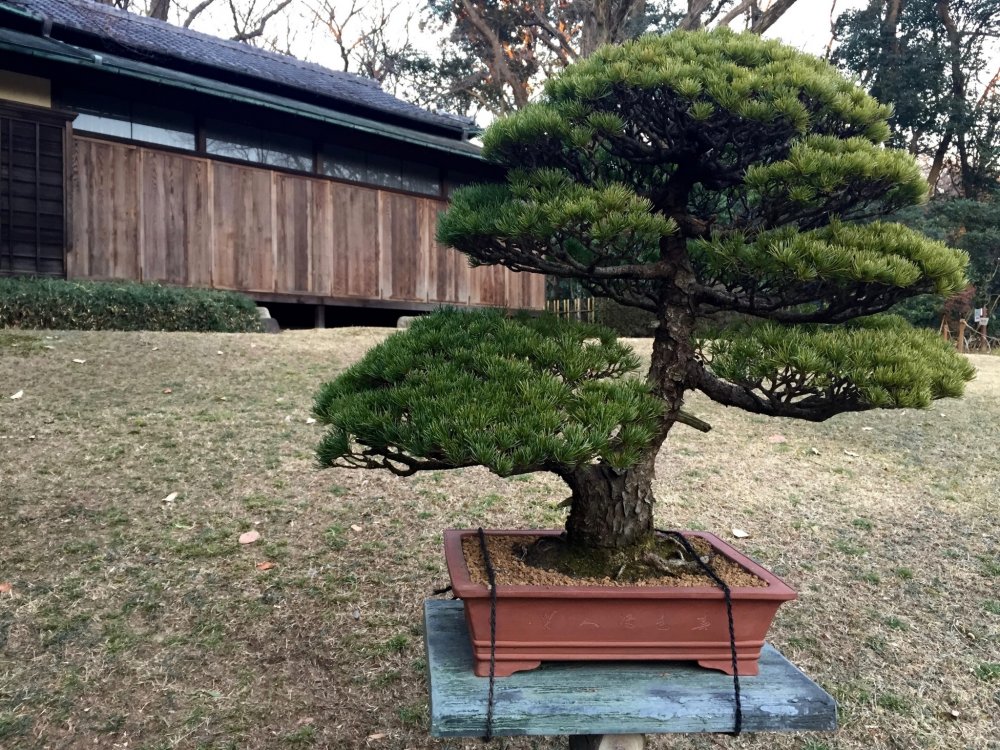 Bonsai exhibition near the Kakuuntei teahouse 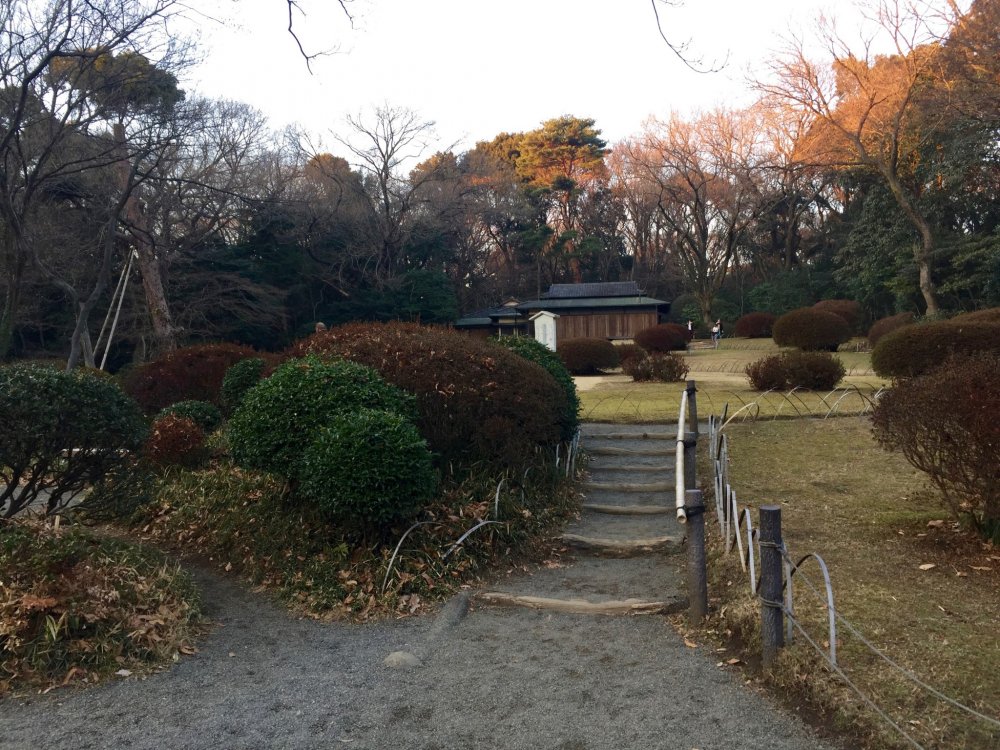 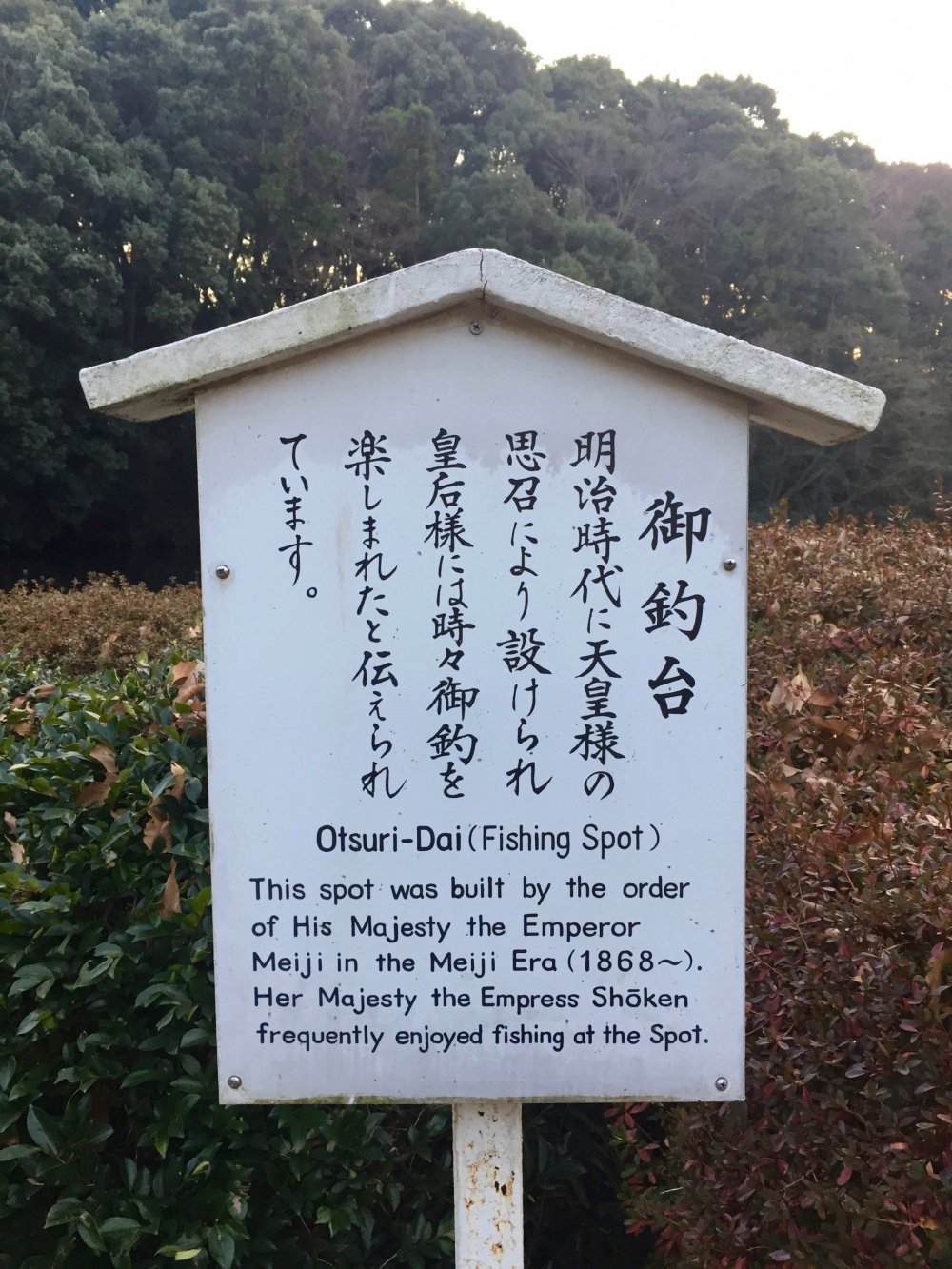 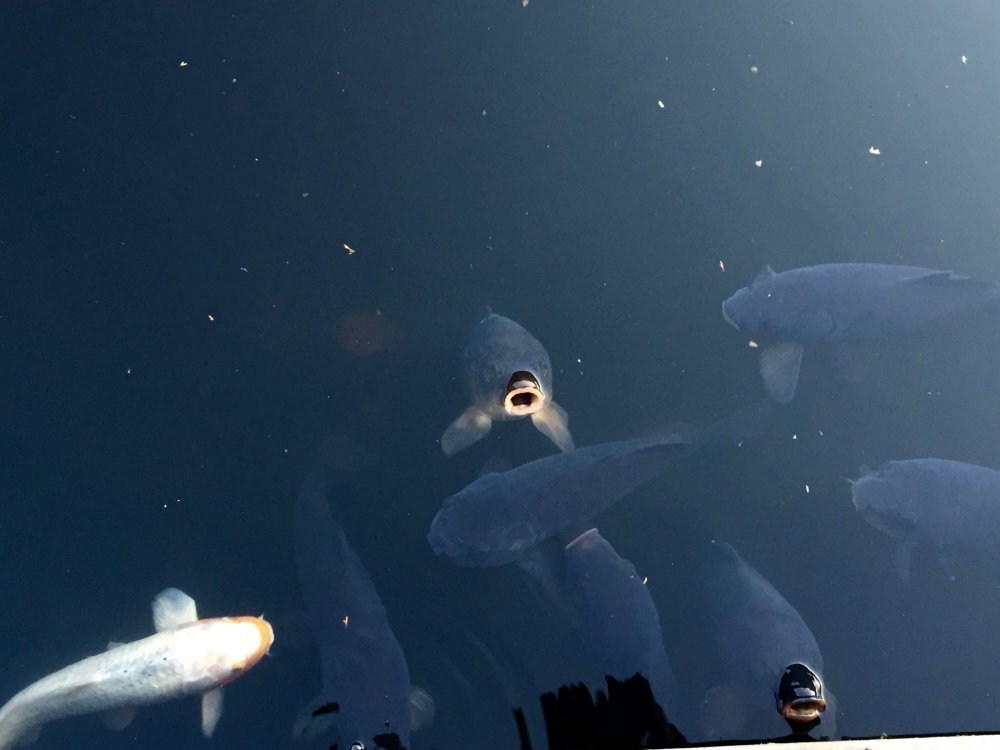 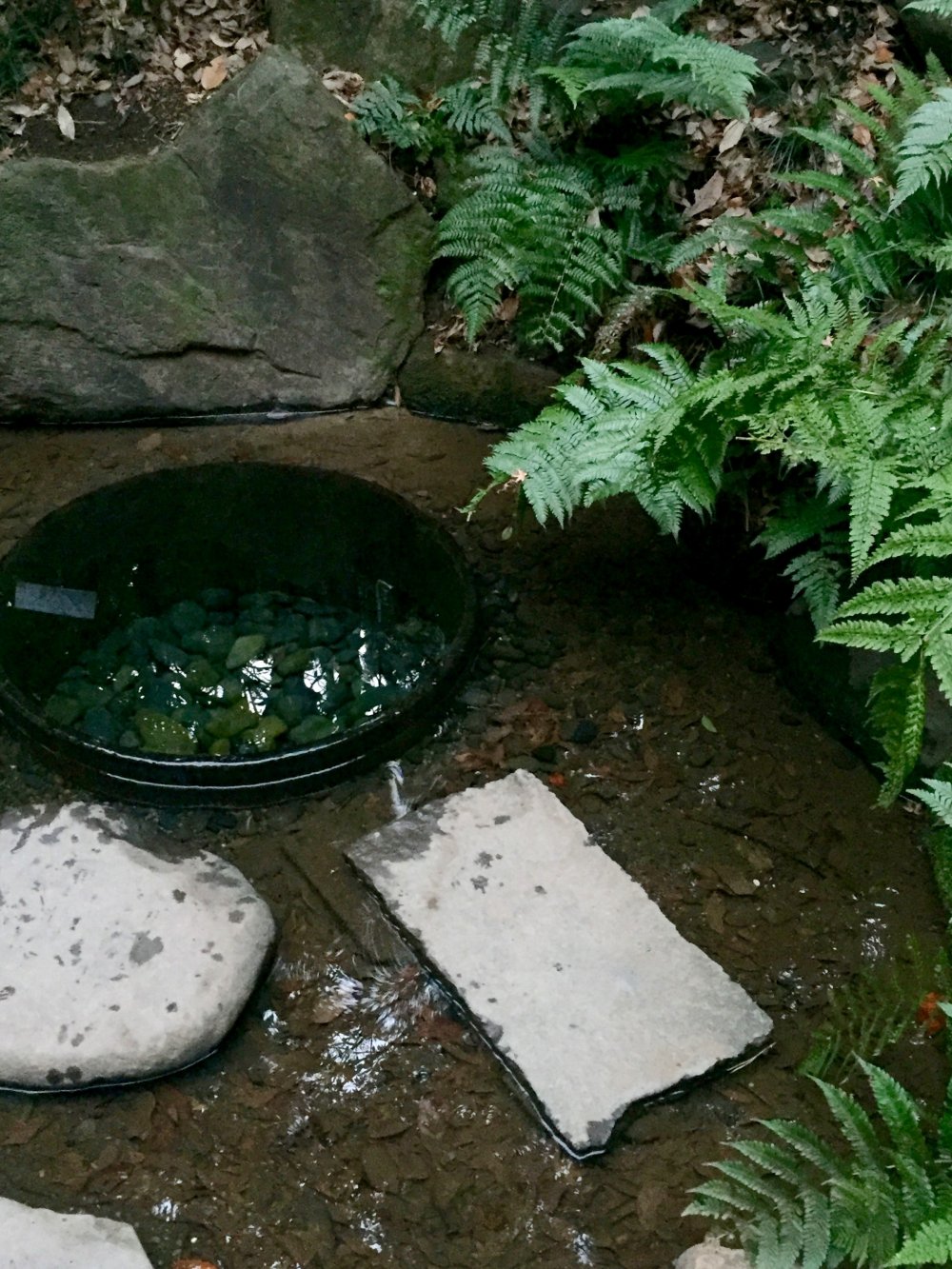 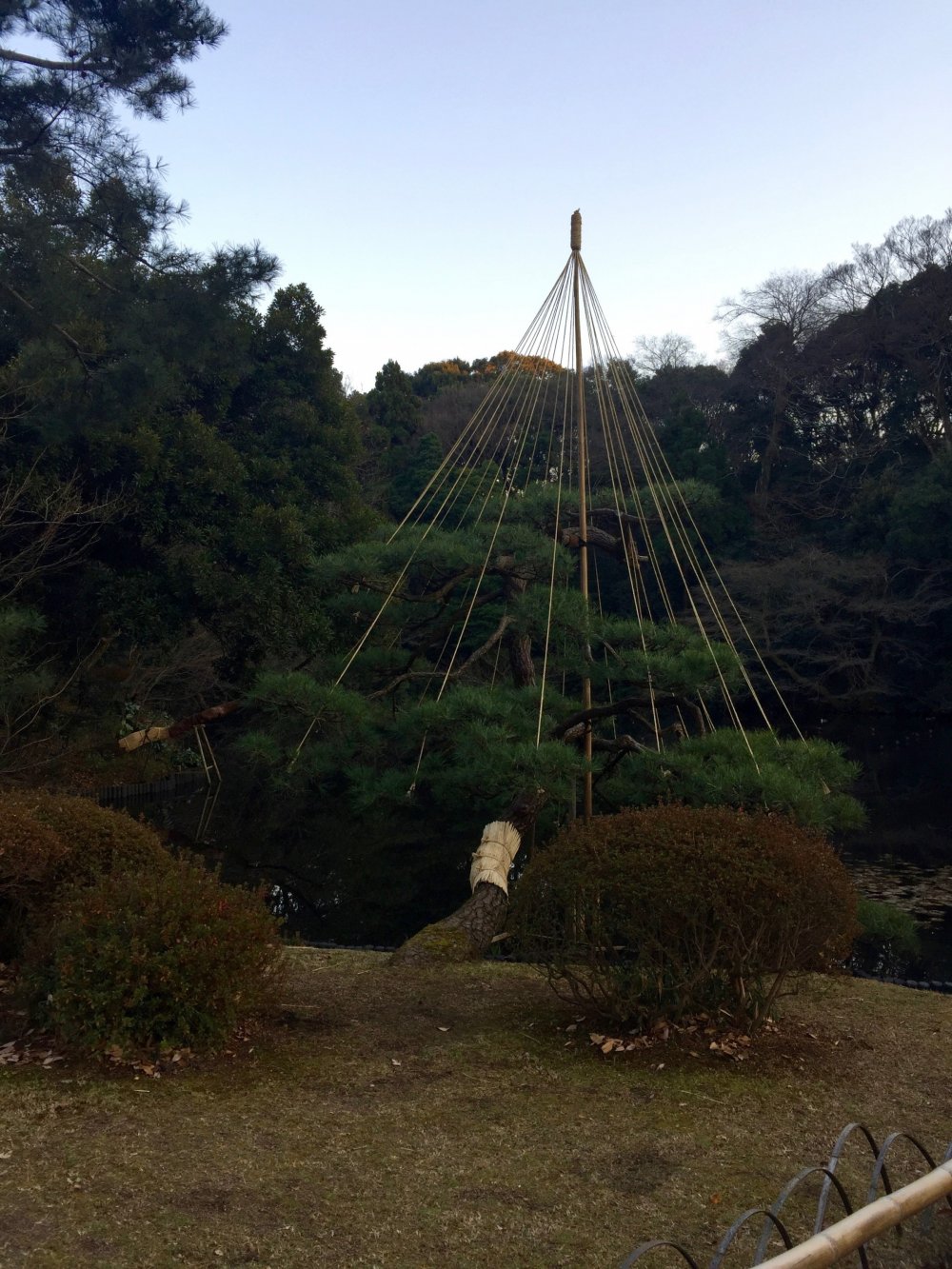 Protection for the pines 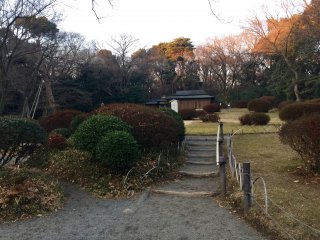 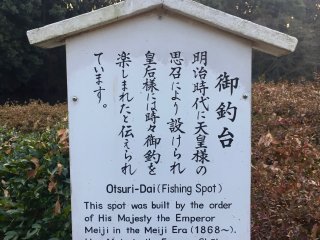 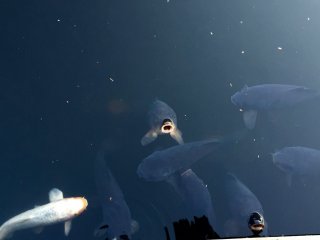 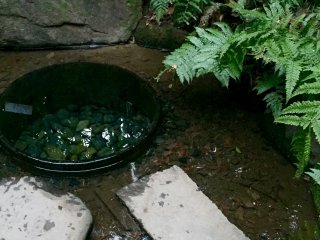 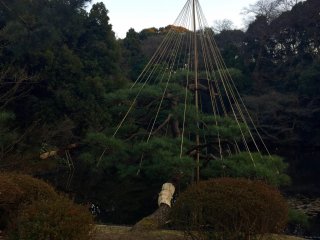 New Year's Day is a good time to take a look at Meiji Jingu Inner Garden (Gyoen). We planned to visit Meiji Jingu Shrine as well, but it was too crowded.

The Inner Garden is the only part that had existed long before the foundation of Meiji Jingu. In the early Edo Period (1603 - 1867), this area was the garden of Lord Kato of Kumamoto and later went into the ownership of Lord Ii of Hikone. The third Shogun Iemitsu Tokugawa also visited this garden. After the Meiji Restoration (1868), this area became the property of the Imperial Family and was named Yoyogi Gyoen.

Kakuun-tei is a teahouse in Meiji Jingu Inner Garden that was a favorite resting place for the Empress during her visit.

Kiyomasa no Ido (Kiyomasa's Well) is hidden beyond the Iris garden. We had to wait in a line to get closer to it. It was one of the most famous wells in Edo Period. The water was used for the tea ceremonies until recently.