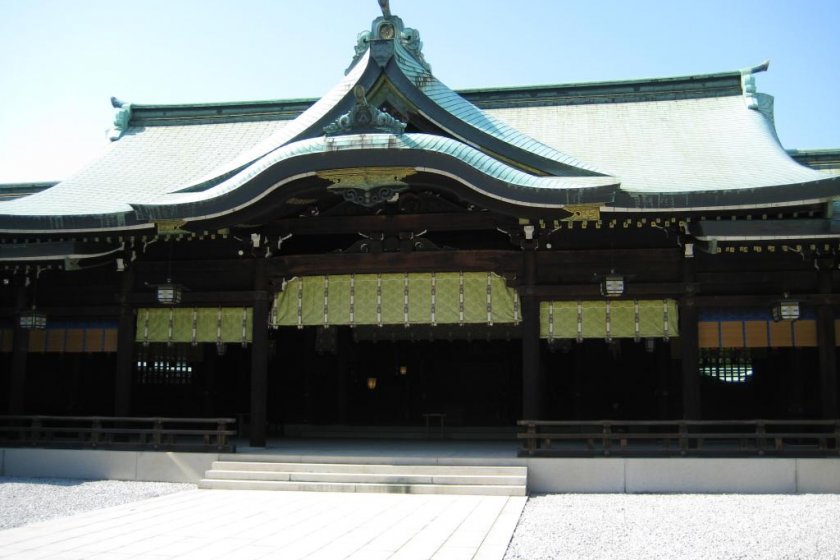 Meiji Jingu is a shrine constructed in honor of Emperor Meiji and Empress Shoken who ruled Japan during the early 20th century. Emperor Meiji was the first ruler of modern Japan and helped end Japan's feudal era. This move helped to westernize and modernize Japan to make it into the world power that it is today. The Meiji Shrine includes several buildings.

The main area of the shrine is where most visitors come to make offerings, while other buildings are used to commemorate other aspects of Emperor Meiji's rule. One of these buildings, known as the Meiji Jingu Treasure House, has memorabilia of the Emperor and Empress. Some of these items include the carriage used by the Emperor during the signing of the Meiji Constitution of 1889. A short walking distance from the Treasure House is the Museum Annex Building. This is used to house extra items from other neighboring museums. It also showcases temporary exhibitions several times a year. These attractions are free to and can be visited during a single afternoon.

The shrine itself is located beside Harajuku station and Yoyogi Park. The buildings of modern Japan rise over the shrine. However, the sounds of the city are replaced with the calmness of the forest after you step past the shrine's huge gate. After Emperor Meiji's death in 1912, the Japanese Diet decided to memorialize his role in the Meiji Restoration and dedicated a shrine in his honor. The area chosen to build the shrine was a small iris garden where the Emperor and Empress had been known to visit. Today, the iris garden is part of an area of the shrine known as the Inner Garden. This area is popular during the summer months when the irises are in bloom.

At the heart of the garden is Kiyomasa's Well. The Emperor and Empress frequently visited Kiyomasa's well during their lives. Decades later, thousands continue to visit the well where it has become a location believed to possess a large amount of spiritual power.

The fastest way to reach Meiji Shrine is by taking the Meiji-jingu-mae station on the Fukutoshin and Chiyoda subway lines, or the JR Yamanote line to Harajuku station. 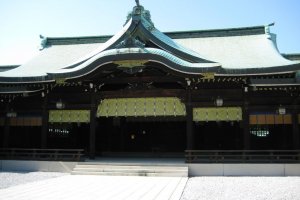 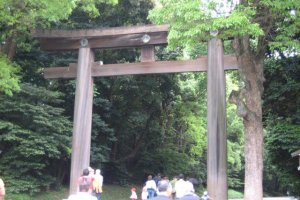 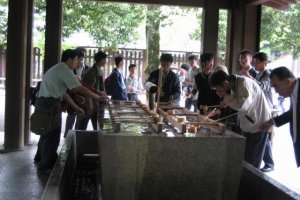