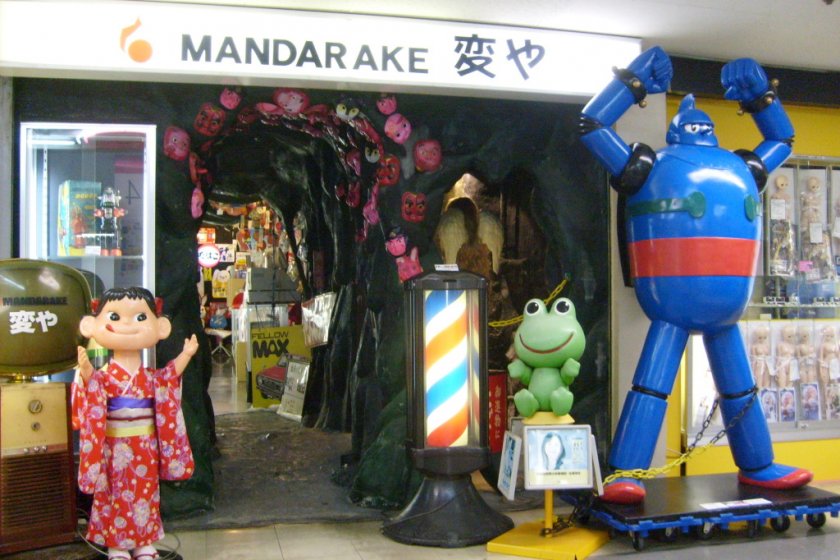 Do you have the password? Strict security at one of Mandarake's stores

Everyone knows Akihabara, right? Yes, we do, that's where Tokyo's fans of manga, gadgets and anime go to do their shopping. But it's not the only place they go and, as electronics giants set up their giant stores and Akiba becomes increasingly mainstream, those in the know are heading west, for Nakano Broadway. At the top of a lively shopping arcade just north of Nakano station, a few minutes on the train from Shinjuku, Broadway is a one-stop shopping center, home to three floors of stores selling anything and everything of interest to the discerning otaku.

There are actually ten floors to the building, but the basement and first floor offer standard fare such as groceries, clothes, cosmetics and the like, and from the fifth to the top there are very sought-after apartments; it's the second, third and fourth that interest us. It can seem at first that every time you turn a corner there's another outlet of Mandarake, some adorned with their "Rulers of Time" slogan, which is quite a boast for a second-hand hobby chain.

There are more than ten Mandarake shops dotted around the center, including the original flagship store with its striking steampunk façade; they all specialize in different kinds of goods, and there's one that will buy any used articles you may have. "Second-hand" and "used" don`t mean low quality or bargain-basement, though; anything you buy or sell here will be pretty much as good as new and, if it's particularly rare or vintage, not at all cheap.

Heavy though its presence is, Mandarake is still well outnumbered by the smaller independent stores that give Broadway its character. Most of these deal in familiar hobbyist goods such as comics and DVDs, models and toys, costumes and figurines, antiques and trading cards. There are also a good number of stores that are more specialized, sometimes improbably so; aficionados of yo-yos, idol goods and train-related paraphernalia are all catered for, while the third floor also boasts a number of watch shops. In front of a lot of the stores there are glass display cases showing off a selection of what's on sale, which are a lot of fun to browse even before you step inside.

When you get to the fourth floor, the goods on offer become more esoteric still. It's here that serious collectors come for movie posters and publicity pamphlets, or for original cels and layout artwork from anime studios. Even more niche are the loligoth store with catgirl mannequins showing off the wares, or the one selling dolls with disproportionate, alienesque heads and eyes, and improbably sized bosoms.

If you find yourselves in need of refreshment after an afternoon of browsing, then you`ll want to head for Furea Road along the east side of Broadway. You can take your pick of its restaurants, bars and karaoke shops or, to round off the otaku experience, you can sample the atmosphere of theme café Pirates (as in "…of the Caribbean") or Maid Café Maple.

Find out more about Nakano Broadway. 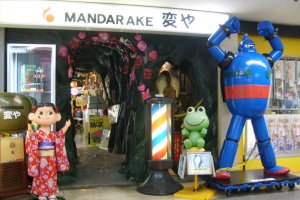 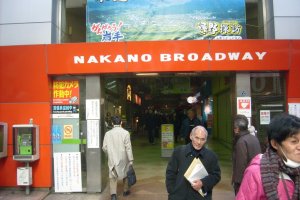 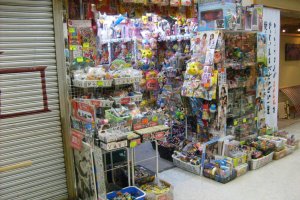 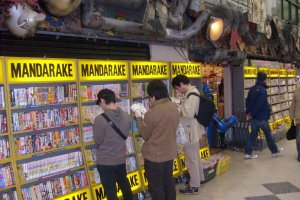 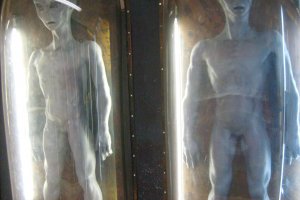 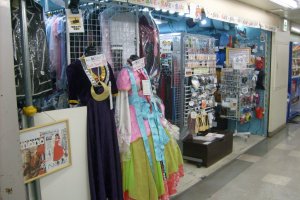 Justin Dart 8 years ago
A khed said hilarious captions. Definitely added even more to the story. I want to give 5 stars just for the captions! I liked it. I tweeted it (on several accounts) and stumbleuponed it.
Reply Show all 0 replies

Mackenzie Scott 8 years ago
I like it when a writer puts some effort into writing creative photo captions!
Reply Show all 0 replies
2 comments in total