For many people, some types of traditional Japanese arts such as Noh or Kabuki theatre can be a little intimidating. Since it was common for me to hear that even for native people its meaning could be difficult to understand, being a foreigner and not having a decent level of Japanese made me think for quite a long time that watching one of those traditional performance arts was not for me, despite my great interest in Japanese culture.

Surprisingly, my first experience at a Noh Theatre was fantastic thanks to the Noh Discovering Tradition event, organized by Roppeita XIV Commemorative Noh Theatre, in Shinagawa. What is special about this event is that before the performance itself there is a 2-hour workshop held in English that explains the basic elements of Noh, a performing art with a history over 650 years, that combines dance, chant, rhythm, and drama.

Professor Richard Emmert conduces the first part of the program in a very didactic, light and sometimes funny way. A group of volunteers from the audience is invited to join Noh professionals on stage to learn how to play the musical instruments - which apparently is no piece of cake. To reach the unique kind of sound that emerges from a Noh stage, four instruments are used: a flute (fue) and three types of drums (ko-tsuzumi, otsuzumi and taiko).

Voice and chanting play important roles as well. Each time, just before hitting the drums, the artists yell what is called kakegoe, which, according to the professor, can be interpreted as a drum call. During the performance, the sequence of kakegoe, arm movement and drum hit seems so natural that makes the whole sound complete, giving the action some energy and intensity.

Also, since there are not many objects or pieces of furniture used on stage to contextualize the scene, the chorus sings about the ambience of each moment. In Kurozuka, the play that was performed after the workshop, the signing describes, for example, the winds, the thunder, and the rain.

A highlight of the workshop is the opportunity to see on stage two volunteers getting dressed in exquisite and elaborate costumes. The process of dressing someone requires time and a skilful team. The result is quite impressive.

Understanding Noh performances involves paying attention to small hints such as the colors of the garments used by the characters. Red and other vibrant colors are used by young characters, while cold colors like blue and green are used by more mature roles. Also, it is delightful to see how the artists move on stage. With those wide costumes, it seems that they slide gracefully and effortlessly, which sustains another great feature of Noh: body movement.

The workshop made the experience of watching a Noh performance a complete immersion into the magic of the Japanese performing arts universe.

Kita Noh Theatre organizes "Noh Discovering Tradition" on an annual basis. If you're not lucky in catching one of those events while you're in Tokyo, check the theatre program because the institution often organizes plays in which is offered a detailed hands-on program in English to help foreign audiences to understand the performance. 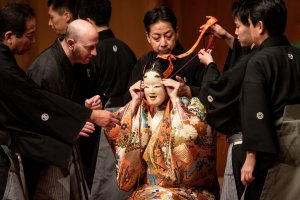 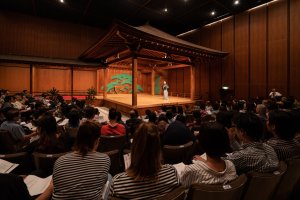 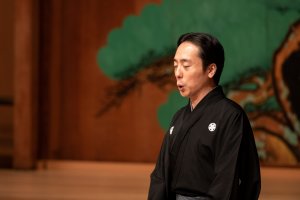 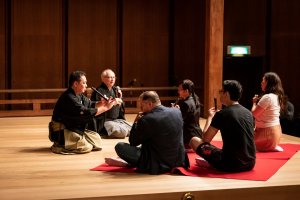 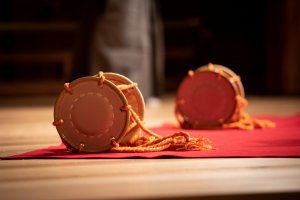 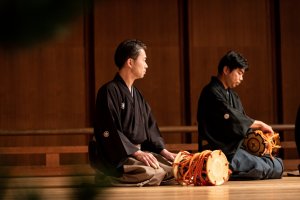 Justin Velgus 9 months ago
It is always great to take a deeper look into culture with English support. I hope to see more programs like this across Japan!
Reply Show all 0 replies

Elena Lisina 2 years ago
Hope to appreciate this experience one day...
Reply Show all 0 replies

Elizabeth S 3 years ago
This is a great window into the meaning, culture and tradition of Noh. The photos are amazing, too!
Reply Show all 0 replies

Kim 3 years ago
Getting to see a Noh performance is on my Japan bucket list! Really interesting article - thank you for sharing!
Reply Show all 0 replies
4 comments in total