For foreigners, finding good accommodation in Tokyo can be a tough gig. There are a number of challenges, such as unfamiliarity with the city, the language, and the isolation of knowing little, if any, friends in this sprawling metropolis. However, for those looking for a long-term place to stay, Oakhouse Comfort Higashikoganei makes the job just that little bit easier.

Situated on the west side of Tokyo, a twenty minute train ride from Shinjuku Station, Comfort Higashikoganei is one of 222 Oakhouses operating in Japan. Oakhouses are share houses, where guests have their own furnished private bedrooms, but the bathrooms, kitchen, laundry, and shower are shared areas and facilities. There are also additional social areas, such as a communal lounge and dining area.

At Comfort Higashikoganei there is an emphasis on sharing and exchange: as the Oakhouse motto says, "enjoy, not just live". One of the (perhaps unusual) house rules is that you should say "konnichi wa" to every person you meet. Though this forced socialization may seem a bizarre concept, it actually makes it a lot easier to make close friends early in your term. This helps to make you feel more 'at home' in what can feel like a very bewildering and unfamiliar environment. Comfort Higashikoganei is home to more than 150 guests from a range of different nationalities including French, Thai, Japanese, Korean, Taiwanese, German, and Australian residents. The house managers (and in fact, many of the guests) speak English.

Comfort Higashikoganei has a range of great facilities to appeal to everyone, perhaps the greatest of which is free Wifi. You can challenge new friends to a game of pool, practice your greatest yoga moves in the social space, or watch an anime on the 150 inch projector. Comfort Higashikoganei is surely a communal space for all.

Oakhouse Comfort Higashikoganei is right along what I like to call the combini highway ('combini' being the Japanese word for 'convenience store'). On the twenty minute walk to JR Higashikoganei Station you can bask in the glory of a Lawsons, 100 Lawsons (where most products stocked can be bought for a mere ¥100), Family Mart, and two Circe K Sunkus. There is also a Matsuya (cheap Japanese 24-hour restaurant) nearby to ensure that you never go hungry during your stay.

For more information on Oakhouse Comfort Higashikoganei, the fees schedule, or to lodge an enquiry, visit their website. 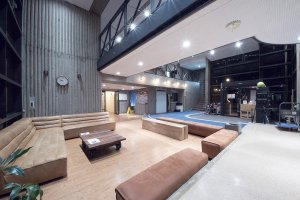 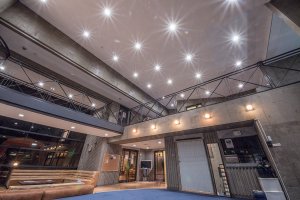 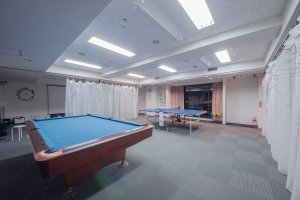