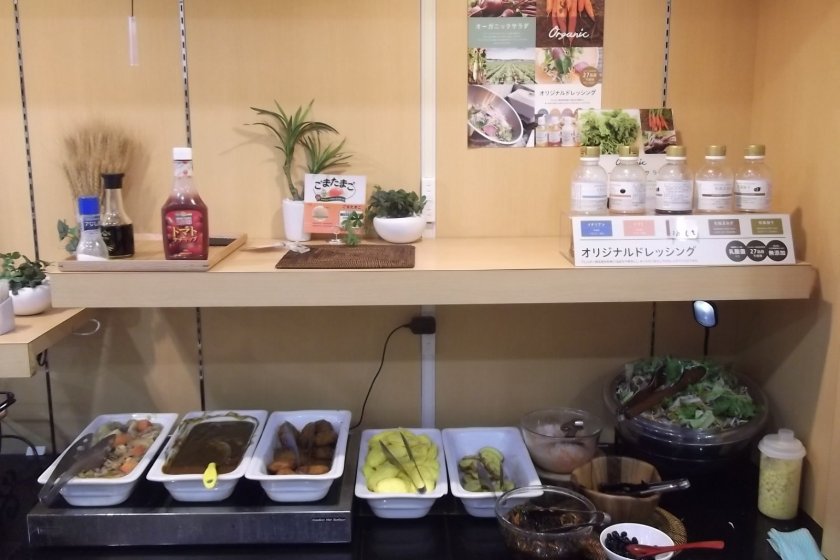 Stay cheaply right in the heart of Tokyo

Though I only live about an hour from Tokyo, I sometimes like to stay over in the big city for a night or two, if I'm up to a few things in a short time. This one time I wanted to be based in Ueno, and I found an improbably good deal at the promisingly named Super Hotel, so that's where I decided to stay. And super it was!

It's far from fancy, but they do provide well for guests. In the lobby there are racks of goodies for you to take away: bath salts, shampoos, cleansers, shower roses and other toiletries, robes and extra pillows, and some sightseeing information. Elsewhere in the hotel there's a little laundry room, and vending machines for soft drinks and alcohol. Thrift is incentivised: you can return your unused toothbrush from the room for a small gift of candy, which seems ironic, and if you stay for more than one night but go without cleaning, you get a free bottle of drinking water.

My room was up on the 12th floor, well insulated from the bustle at street level; along with the comfortable bed, this made for a good night's sleep. The actual room is marginally more spacious than at other hotels of this kind, but not the molded plastic bathroom. No-one is stretching their legs out in this bathtub. Good shower pressure though.

The room provides all the requisite amenities, and a couple of well-considered extras. There's a fridge, TV and hairdryer, a full-length mirror allowing you to check your style before a night out, plus phone charging connections, and a couple of USB sockets in the bedhead. There are explanations provided in English, and also some in Chinese and Korean, a pattern repeated throughout the hotel as a whole. The only, inconsequential drawbacks: the room is completely plain, the bathtowel a touch small and thin.

There's also a free breakfast buffet! Like much else about the hotel, it's compact but comprehensive: there are soups, juice, tea and coffee; breads and cereals for the continentals; and daily changing Japanese style dishes if you want something more substantial - white rice with little packs of natto, stewed vegetables, salad and omelette, and a couple of meat or fish selections.

Around the hotel there's, oh, everything you might need. On the doorstep there's Ameyoko and the surrounding grid of streets, with more places to eat and drink than you could get through in a year; and within easy walking distance there's plenty of shopping of every kind, from discount stores and supermarkets to department stores and electronic outlets.

By way of sightseeing, it's just a few minutes to Ueno Park and its wealth of cultural attractions, and from there it's not much further to the charming traditional district of Yanaka. In the other direction, a half-hour walk or quick subway ride will bring you to historical Asakusa and Senso-ji temple.

There are a handful of different room types: double, triple, double plus bunk, and adjoining rooms. Prices seem to vary with the room type and dates, but it looks like you can expect to pay between ¥5000 and ¥7000 each per night.

It's immediately next to Naka-Okachimachi station on the Tokyo Metro Hibiya line (exit 4 or 5). It's also within easy walking distance of train connections for Narita Airport (Keisei Ueno station), the northbound Shinkansen bullet train and several other trunk lines (JR Ueno), the JR Yamanote loop line (JR Okachimachi), and two other subway lines. 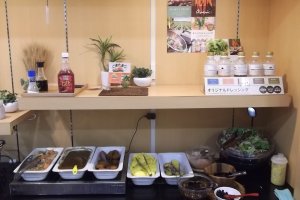 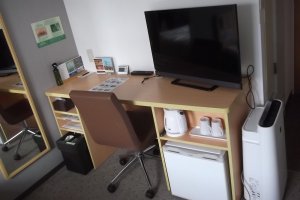 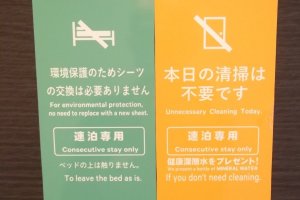 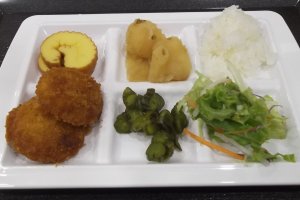 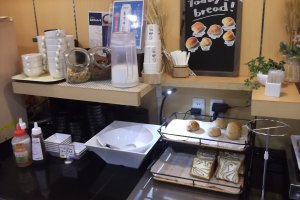 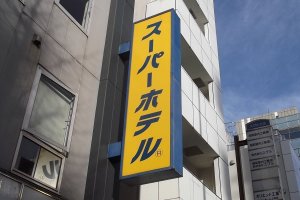 Bonson Lam 3 months ago
Having Ameyoko on your doorstep is super convenient, and I can imagine that if you stay for a long time you will get to know some of the shopkeepers here. Was it quiet enough to sleep even though you were close to the action?
Reply Show all 4 replies

Peter Sidell Author 3 months ago
Yes it was! I was up on the 12th floor, and the room faces south, away from the street and Ameyoko. And I also found a Gyomu Supa close to the hotel!
Reply

Sleiman Azizi 3 months ago
Gyomu Supa! We used to live off of the cheap gyoza they sell.
Reply

Bonson Lam 3 months ago
Sleiman you remind me of Aggretsuko, also known by its original Japanese title Aggressive Retsuko, who used to live off the free omiyage that her coworkers bought to the office. But cheap gyoza is way better than rice crackers from some far flung prefecture.

Peter - great to hear you found a quiet and convenient spot!
Reply

Sander van Werkhoven 3 months ago
Didn't know about this one, I quite like Super Hotel, and the location is pretty convenient. Ueno is still my favorite area to stay in Tokyo, even though the last few times I mostly stayed at APA Hotel Asakusa Tawaramachi Ekimae, closer to Asakusa but with a rooftop rotemburo. I simply haven't found anything near Ueno that can beat that....
Reply Show all 1 replies

Peter Sidell Author 3 months ago
Oh, I'll definitely look into that one! I have to hold my nose a bit to stay at APA, but a rooftop rotemburo does sound good to have.
Reply
7 comments in total