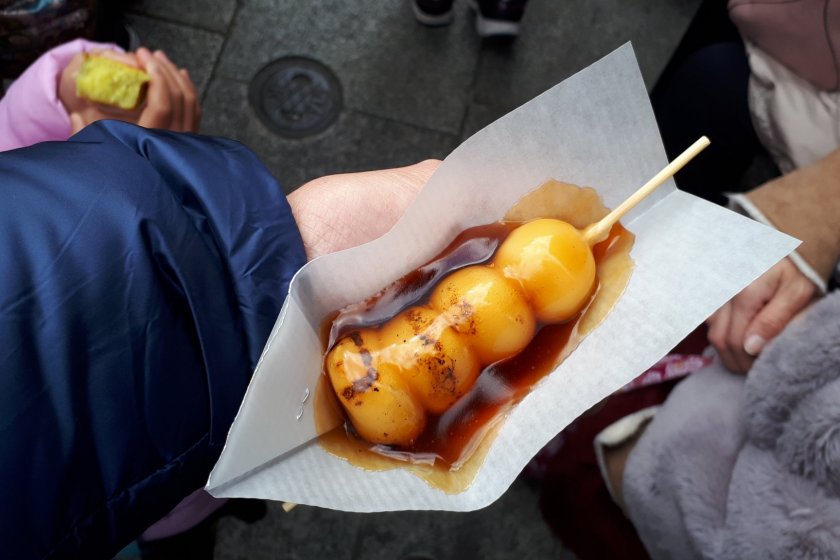 A tradition of confectionery excellence in Shibamata

The sauce for this dango is exceptionally rustic

On the way to Taishakuten Temple in downtown Shibamata, you'll come across a shopping street full of charm and cheer from yesteryear. The stores on either side of this street are wooden, built as they were in the later years of the nineteenth and early years of the twentieth century, and put out a rustic charm that sometimes get lost in modern Tokyo.

A local icon of the area is Takagiya Roho, a confectionery store that has been around for what seems like forever. An open front - on both sides of the street mind you - features takeaway options that make for tasty and eminently practical souvenirs while inside, the walls are covered with photos taken with customers throughout the decades. With the store's relationship with the much loved film series Otoko wa Tsurai yo (It's Tough Being a Man) - the actors and crew often stopped by to eat here - the atmosphere is decidedly timeless.

Famous for their dango confectionery and salted senbei rice crackers, the store also offers more meal-like fare including oden hotpots and chameshi rice boiled in tea. Foods can be ordered per item or as part of a teishoku meal set. Their popular kusa dango can be purchased in boxed sets of 12, 20 or 30 pieces, obviously great as a group gift, while the striking appearance of their iso oteme dango - dango coated with soy sauce and cut strips of nori seaweed - comes in single skewers or sets of five. The Shibamata Mochi is a popular item too and available in packs of five.

Like any good traditional Japanese restaurant, Takagiya Roho is seasonal in sensibility with its menu changing accordingly. The next time you are in the area, head to Takagiya Roho for a taste of downtown history and flavour.

Takagiya Roho is a short stroll from Shibamata Station on the Keisei Line. You'll find it immediately outside of Taishakuten Temple. 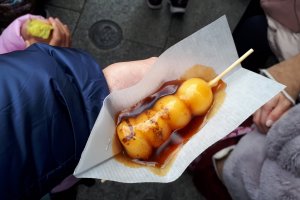 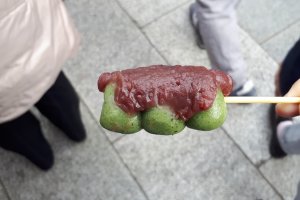 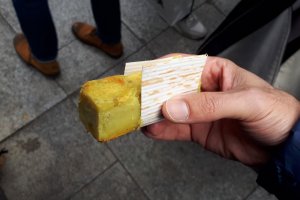 Scott Brause a year ago
OMG! Big tear drops are falling from my eyes! Thank you, Sleiman. I got married in Shibamata 32 years ago! And I don't think I've been back even once since then. Yet, I love Japanese confections and, like a sweet kusa dango, my marriage has stuck together all these years – I guess we did it right starting out in Shibamata. I will surely get back there someday for Takagiya Roho's seasonal best!
Reply Show all 1 replies

Sleiman Azizi Author a year ago
Wow, well then, there's a story right there...
Reply

Elizabeth S a year ago
A really good bowl of oden, or a stick of yakidango, are great treats on a cold day. Takagiya does these classic comfort foods so well.

The Taishakuten Sando shopping street has so many retro places. Every time I go, I get something from Marujin, the pickles and preserves shop. Yum!
Reply Show all 1 replies

Sleiman Azizi Author a year ago
After years eating supermarket oden, I grew tired of the dish until I discovered proper oden from places like Takagiya.
Reply

Kim a year ago
What a great find! I always think when businesses have been around for that long they’ve got to be good!
Reply Show all 1 replies

Elena Lisina a year ago
I love such streets, too! Much more than crowded areas as Shibuya. The most popular fillings in Japan are red sweet beans and green tea! : )
Reply Show all 4 replies

Sleiman Azizi Author a year ago
It's a much more mature vibe, right? To be expected, of course, since this is the town of memories for many older Japanese.
Reply

Elena Lisina a year ago
I think it's better for people to live in small towns surrounded by nature rather than in huge cities. In small towns people always greet each other and strangers, too. You feel at home right away! :)
Reply

Sleiman Azizi Author a year ago
You're probably right though I've often read that Tokyo is a magnet for people trying to leave the village mentality and expectations behind it.
Reply

Elena Lisina a year ago
True, I bet small places are boring for many young people. ; )
Reply
11 comments in total