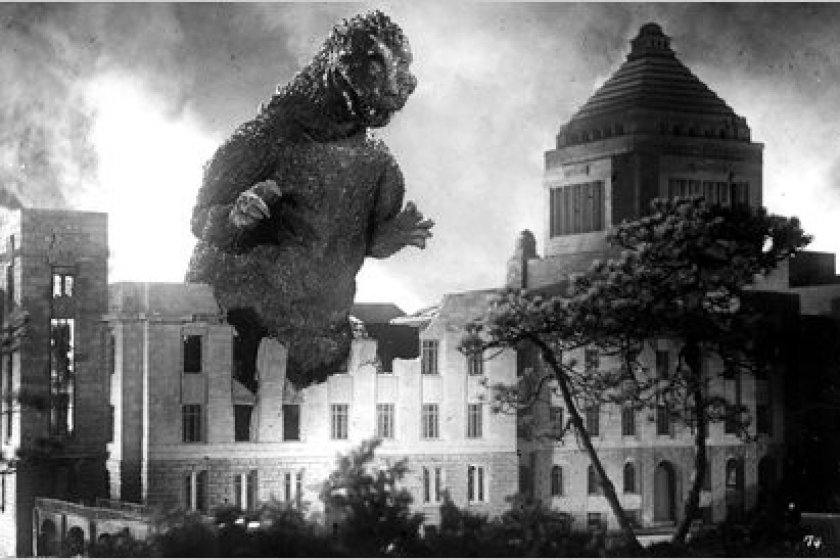 The National Diet Building which houses the Diet (Japan Parliament), is similar to the United States Capitol building or the United Kingdom’s Palace of Westminster.

Unlike most countries’ national capitols however, the Diet building has a great history in portraying a common target in Japan monster films. The landmark building first appeared in Godzilla in 1954 and has been destroyed countless times since, most recently in 2003's Godzilla x Mothra x Mechagodzilla: Tokyo S.O.S.

The Diet has been housed in a building since 1890, though it was originally a wooden European style two-story structure. Unfortunately, this building burned down shortly after creation, perhaps a foreshadowing of trouble to come. In 1891 the Diet Building was rebuilt similar to before and this time survived until 1925. The plans for the current building started in 1918 when the ministry sponsored a public design competition. Over 100 designs were submitted for the new building and the first prize winning designer was Watanabe Fukuzo. The Diet Building was eventually constructed with a floor plan based on Watanabe's entry, but the roof and tower of the building were inspired by another entrant, third prize winner Takeuchi Shinshichi. A mix of styles was believed to have been chosen because they reflected a more modern hybrid architecture than the purely European and East Asian designs proposed by other architects. The National Diet Building was opened on November 7, 1936 and has been one of the primary tourist sites in Tokyo for school children and local monsters ever since.

The Diet Building has had its truly defining moments portrayed in Japan cinema. In the original Godzilla, the Diet Building had one of its wings completely trampled by Godzilla. When Godzilla was first released in 1954, Japanese audiences applauded the scene of Godzilla's rampage through the building and demanded more. Godzilla’s rampage was followed by King Kong, with Mie Hama in hand, as he stood atop the building's tower in King Kong vs. Godzilla (1962). Another notable destruction scene was in Godzilla vs. Mothra (1992) where the National Diet Building acted valiantly as a convenient place for Mothra to build her cocoon. Destruction wise, however, these are all trumped by the epic battle in 2003’s Godzilla x Mothra x Mechagodzilla: Tokyo S.O.S. where the entire tower is demolished during the battle between Mechagodzilla and Godzilla.

You may be disappointed if you expect to view the rampage, but tours of the House of Councilors are available on weekdays except holidays and during the period which the Diet conferences are held (9:00 to 17:00). A tour typically takes about 60 minutes. Located just southwest of the Imperial Palace, the Diet Building is known for its pyramid-shaped cap, and an interior filled with cushy chairs and fantastic mosaics. 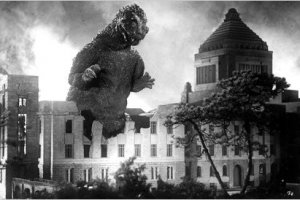 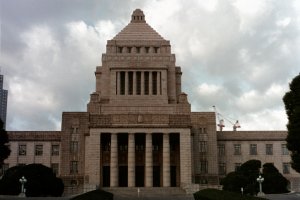 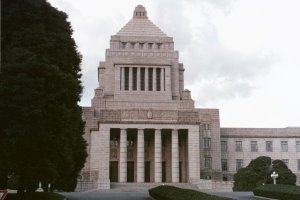