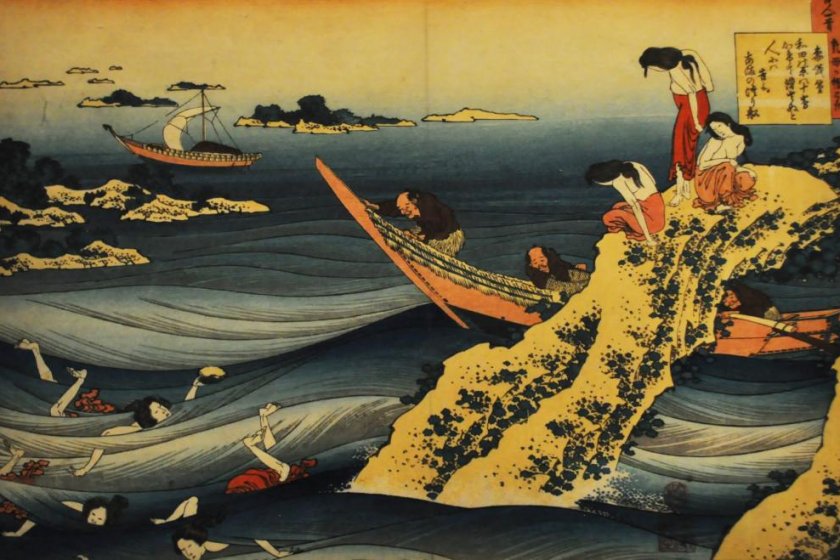 The Tokyo National Museum is an excellent activity to do if you want to learn more about the cultural aspects of Japan. There are five buildings housing different collections (one of which is under construction). On arrival I decided first to visit the Toyokan building, where you will find the Asian Gallery. The Asian Gallery focuses mainly on China, India and Egypt with some smaller sections that include Southeast Asian countries. This gallery takes you through the fascinating journey of how Buddhism came to Japan. Buddhism spread from India to China prior to the second century. From the middle of fifth century onwards it became extremely popular resulting in a large production of Buddhist statues. The exhibition begins with these Chinese Buddhist sculptures from the sixth century.

The next section includes Buddhist statues from India and Pakistan, where the difference in sculptural style is noted due to the influence of Western cultures. The most fascinating aspect for me was the Otani expedition through the Silk Road. Otani Kuzui was the 22nd Abbot of the Nishi Honganji Temple in Kyoto. He financed three expeditions to trace back the route of how Buddhism had come to Japan. The expedition records and cultural artifacts brought back to Japan helped to broaden the understanding of Buddhist culture and history. The Toyokan building also has a great section on Egypt. A mummy was donated to the museum in 1904. It has an open cartonnage allowing you to see the mummy as well as the detail on the cartonnage.

Next I headed to the Honkan building where you will find the impressive Japanese Gallery. The first exhibition displays Japanese Buddhist sculpture. It is interesting to see how this style separates itself from other Buddhist sculpture originally brought into Japan from other Asian countries. Apart from the Buddhist sculpture the museum has sections on different forms of Japanese art such as lacquer artwork, metal artistry, paintings, folding screens, armoury, swords and clothing.

For a long time I have been obsessed with Japanese art forms. The attention to detail in the artwork, the patterns on the textiles and the way every day objects are decorated is fascinating for me. At the gallery I was able to work my way through all these different aspects of Japanese art. I felt like my obsession with this art had been fully satisfied.

If you are even remotely interested in Japanese art I would suggest going to have a look. I was so transfixed on the art I ran out of time to see the archeology building. On the way out of the gallery there is a lovely shop where you can buy prints of Japanese art among other things. 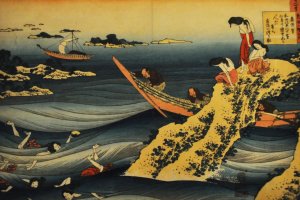 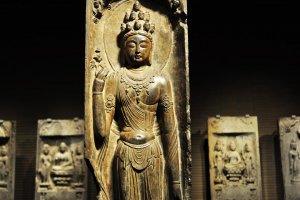 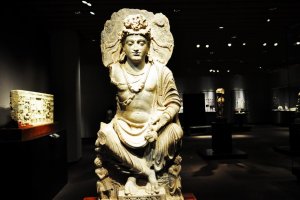 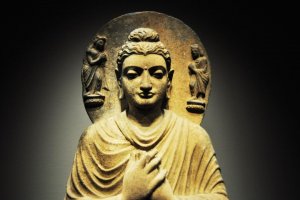 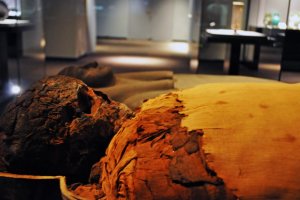 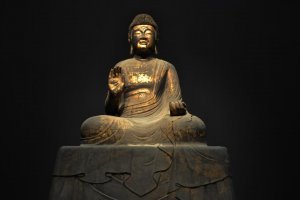 Kim 3 years ago
I also love the traditional style paintings and how water is depicted! Beautiful!
Reply Show all 0 replies