A national park full of dolphins and trees

Home to a dormant volcano that last erupted over six thousand years ago, the entirety of Mikurajima Island is designated as a National Park and is blessed with pristine old-growth forest, stunning cliff formations and boundless local waters filled with dolphins. A fifteen minute helicopter flight from Miyakejima Island or a seven hour ferry from Takeshiba Pier on the mainlaind, Mikurajima Island also features Inane Shrine, beautiful Miyogaike Pond, the fascinatingly ancient Tanteiro Forest and the Kurosaki Takao Observatory.

Said to have been established in the ninth century courtesy of a strange light that glittered on the mountain, the shrine was definitely up and running by the seventeenth century. The stony steps, overgrowth, and hillside position are the location for a number of annual festivals held by the local residents.

The exact formation of Miyogaike Pond remains a mystery. Volcanic eruptions several thousand years are thought to have been the cause but however it was formed, the pond has now been designated as one of Tokyo's One Hundred Views of New Tokyo. Like much of the island, a guide is required to access the trail leading to the pond.

Japan's highest cliff, Kurosaki Takao is almost half a kilometre high. The cliff's observation deck offers some incredibly breathtaking views and the area surrounding it is filled with huge trees. Unlike much of the island, the hiking trail leading to the observatory is accessible without a guide.

One hour and forty-five minutes from Mikurajima Port.

The only forest accessible without a guide, Tanteiro Forest is filled with almost six hundred official giant trees. These trees feature trunk circumferences of at least five metres, with largest known tree here being the Giant Chinquapin of Mikurajima at just under fourteen metres in circumference. 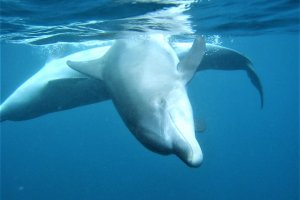 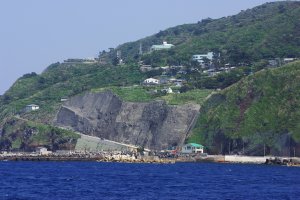 Shinobu Ishikawa a year ago
This is a place I've been long wanting to go.
Reply Show all 2 replies

Sleiman Azizi Author a year ago
I imagine that many people have the same longing!
Reply

Elena Lisina a year ago
It's great on a fine day, but not in a stormy! ;)
Reply

Elena Lisina a year ago
Great place! Some people write that the dolphins kept in aquariums are very unhappy...
Reply Show all 2 replies

Sleiman Azizi Author a year ago
I've heard the same. These dolphins are wild though.
Reply

Elizabeth S a year ago
I'd love to meet dolphins where they are at home. Wild dolphins can choose how close they want to be to human beings, when they want.
Reply
6 comments in total
Back to Contents