Cultural and natural wonders of the world

For a city filled to the brim with national treasures and sites of cultural and historical significance, it may come as a surprise to discover that Tokyo is home to only two of the nation's twenty-three officially designated UNESCO World Heritage sites. There are 1,121 such sites currently in the world comprising both cultural and natural listings and Tokyo's offerings, one a part of a global cultural collaboration and the other, a natural wonderland, represent each end of that spectrum. Here is a simple guide to Tokyo's two UNESCO World Heritage sites.

Head out of Ueno Station in Tokyo's Taito City Ward and you soon come across the National Museum of Western Art. The collection at this museum is first class and a huge draw for visitors from not only Japan but also from all around the world. What sets this museum apart from so many others, however, is its design by the Swiss-French architect, Le Corbusier. Considered one of the great architects of the 20th century, his design is listed as an 'Outstanding Contribution to the Modern Movement' and the museum is part of seventeen similarly designated sites across seven countries.

The building was built in 1959, cementing the relationship between Japan and France and the design incorporates many of Le Corbusier's practicalities including a decidedly human scale to the design, the ability to be expanded upon as well as the importance of being surrounded by space and light. Le Corbusier's works stretch across the globe and while the city may have its own histories and traditions to be proud of, Tokyo's National Museum of Western Art sits firmly as part of a modern tradition of global culture.

The museum is a 1-minute walk from the Park Exit of Ueno Station on the JR Yamanote Line.

Depending on how you count it, Tokyo is a thriving megalopolis of some 12-30 million people. And though known around the world for its cuisine, its culture and its business, not many would recognise that Tokyo also happens to be home to Asia's 'Galapagos Island.' Head south from the mainland for some one thousand kilometres and you'll come face-to-face with the Ogasawara Island chain, a part of the earth almost cut off from the rest of the planet.

A world bastion of unique oceanic flora and fauna, the Ogasawara Islands cover almost 8,000 hectares of primal and evolutionary subtropical ecosystems and vertigo inducing views from the island chains many cliffs. Almost two hundred endangered bird species can be found here, along with sperm and humpback whales, dolphins, the rare Bonin Flying Fox bat and hundreds of plants and snails that cannot be found anywhere else in the world. 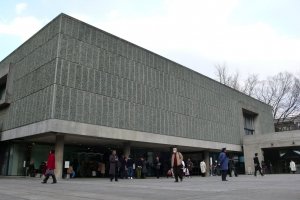 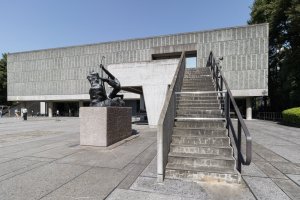 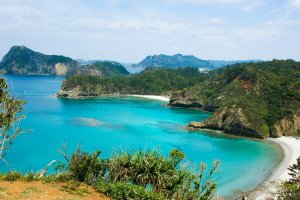 Elizabeth S a month ago
Even when I don’t go into the National Museum of Western Art, I always walk through the garden. Great for photos. I visit the museum store which has goods related to the periodic exhibits. They make great gifts.

I always recommend the museum to visitors from abroad. It’s world class.
Reply Show all 1 replies

Sleiman Azizi Author a month ago
It's a great place. The outdoor sculptures, especially the archer, happen to be favourites of my kids.
Reply

Sleiman Azizi Author a month ago
That's an adventure in itself.
Reply

Bonson Lam a month ago
I agree. 24 hours is a good way to unwind and slow down to the pace of the islands.
Reply

Sleiman Azizi Author a month ago
A complete contrast to pace and energy of Ueno and the National Museum of Western Art.
Reply
6 comments in total
Back to Contents