Despite being its tiniest ward, Taito City's absolutely jam-packed environs are some of the most popular in Tokyo. With parks, temples, and museums galore it's no exaggeration to say that you could easily spend an entire Japan trip within its ten square kilometres and still feel like you are missing out.

The most sought after temple in Tokyo, Senso-ji Temple is a Buddhist temple in Asakusa featuring the incredibly active Nakamise shopping street, the Kaminari-mon Thunder Gate, a 5-storied pagoda, annual festivals and scores of alleyways splintering off from the main precinct. An absolute must-see.

Dating back to the beginnings of the Japanese nation, the history of Torigoe Shrine is intimiately linked with Japanese warrior heroes and messages from birds. The shrine features a four-tonne portable shrine festival in June and the tondo-yaki ritual in early January - the only remaining example of this kind of ritual in all of Tokyo.

Six minutes from Kuramae Station on the Toei Asakusa Line.

Taito City is dominated by the massive Ueno Park but on the border with neighbouring Sumida City lies Sumida Riverside Park. Famous for it summer fireworks festival and springtime cherry blossoms, the park has fantastic views of Sumida River and the iconic Tokyo Skytree.

One minute from Asakusa Station on the Tobu Skytree or Ginza Lines.

The list of things to see and do in Ueno Park simply boggles the mind. Tokyo's first zoo, five world class museums, shrines galore and the massive Shinobazu Pond, the park is such that you could easily spend a trip to Japan just visiting everything in it - to say nothing of the cherry blossoms in spring. Another must-visit in Tokyo.

One of the best museums in the country, if not the world, Tokyo National Museum is one of those must-visit places in a place already filled with must-visit spots. Featuring over 100,000 items located within five separate exhibition buildings (some even designated as cultural properties), this museum has it all.

Five minutes from Ueno Station on the Hibiya, Ginza and JR Yamanote Lines.

Distinctly low key, the Shitamachi Museum gives a glimpse of life in Tokyo's Edo period. Life-sized replicas of period buildings plus a second floor exhibition of the city's more recent history makes the museum a nice way to while away some time. Take advantage of the very friendly English-speaking volunteers.

Five minutes from the Shinobazu Exit of Ueno Station on the JR Yamanote Line.

An institution in Ueno, Ameyoko is four hundred metres of hustling and bustling street market authenticity. Emerging after World War II as the classic Tokyo black market, Ameyoko is now an almost-maze of under-the-rail-tracks vendors filled with delicious street foods and merchandise. A classic visit.

Two minutes from Ueno Station on the JR Yamanote Line. 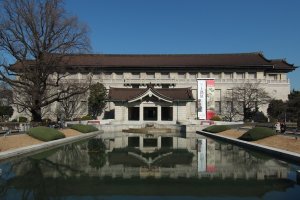 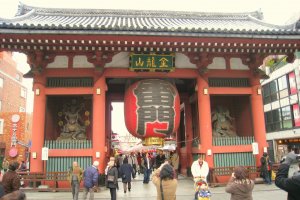 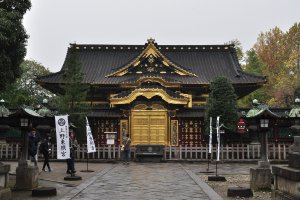 Elizabeth S a year ago
Ameyoko and Shinobazu Pond, each time I visit, reveal their charms. One chilly winter afternoon at the pond, an elderly man gave me a wad of old bread and had me stand still as a statue while the birds ate from my outstretched hands.

Kyu Iwasaki-tei was my object that day. It's a remnant of 19th century British architectural splendor, one of the very few remaining in Tokyo - https://en.japantravel.com/tokyo/former-iwasaki-residence-garden/1437

Sleiman Azizi Author a year ago
There is so much to see and do there.
Reply

Elena Lisina a year ago
The district very familiar to me! :)
Reply Show all 1 replies

Sleiman Azizi Author a year ago
To me as well!
Reply
4 comments in total
Back to Contents