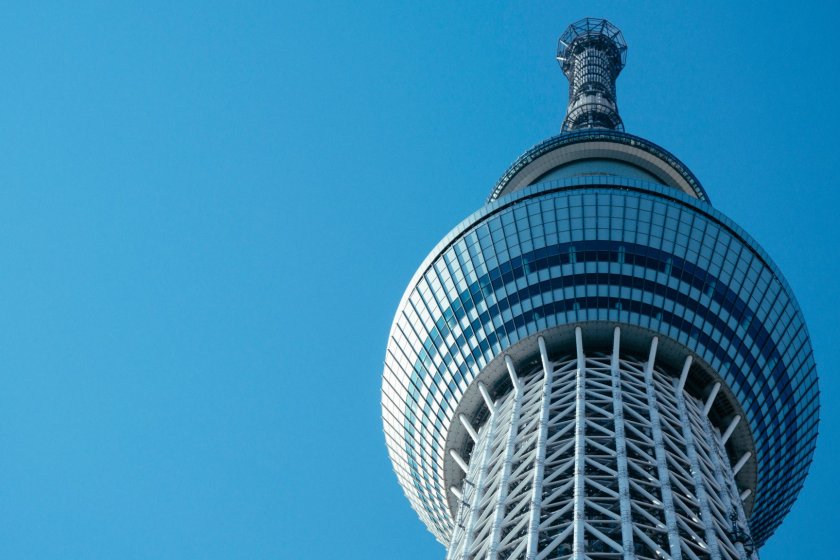 The latest addition to Tokyo's skyline is the Tokyo Skytree. Designed to be a new television-broadcasting tower, the Skytree is the centerpiece of Tokyo Skytree Town, and has become one of the most recognizable landmarks in Tokyo. Located in Skytree Town is the Solamachi Mall, a dining and shopping paradise.

Tokyo Skytree is the tallest free-standing broadcasting tower in the world, a feat recognized in the Guinness Book of World Records. It is so tall it can be observed from many vantage points around the city. It has received millions of visitors since its completion.

The Skytree offers a breathtaking view of the city from either of its two observation decks. The lower deck, known as the Tembo Deck, is 350 meters high, and it offers some of the best views of the city. The Tembo Deck itself is separated into three floors. The first floor is home to a spectacular glass paneled floor that gives its visitors a dizzying view of the ground 350m below. A small cafe is also located on this floor, which serves a wide assortment of refreshments, such as hot beverages and snacks.

The second floor houses a souvenir shop and the Musashi Sky Restaurant. Prepare to have your taste buds tantalized. The Mushashi Sky Restaurant is renowned for serving a unique fusion menu of Japanese-French cuisine. If you're hungry and on a budget, you might want to steer away from the Musashi Sky Restaurant. With orders ranging from ¥1000 and up, it is possible to have unwittingly paid a small fortune on a meal. It would be best to spend your money in one of the smaller restaurants or snack stalls around the Skytree in the Solamachi mall area.

The final floor of the Tembo Deck is the observation floor. The top floor's gargantuan windows offer its visitors a one-of-a-kind, uninterrupted panoramic view of Tokyo from any one of numerous viewing points. The best time to visit the Skytree is slightly before sunset, just as the lights of the city begin to flicker on.

Many of Tokyo's landmarks, such as the Diamond and Flower Ferris Wheel, can be seen from the tower. Riding through a set of elevators connects visitors from the Tembo Deck to the Tembo Gallery above it. The Tembo Gallery is nestled high about the city, and it has been dubbed “the world's highest skywalk." The Tembo Gallery features large windows that line the sides of a spiral ramp that winds its way up the tower.

Located at the top of the spiral ramp is a small lounge area and another observation deck. This second observation deck is considered the highest point in the tower that is readily available to visitors. The entrance is on the fourth floor of Skytree Town, which covers the area between the Oshiage station and the Tokyo Skytree station, both a short walking distance. 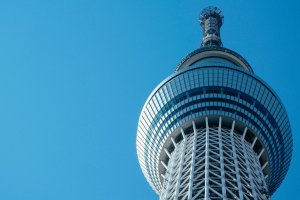 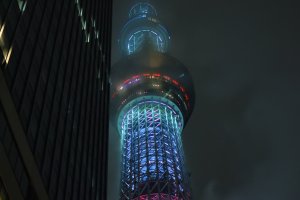 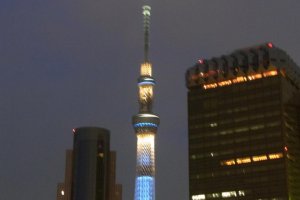 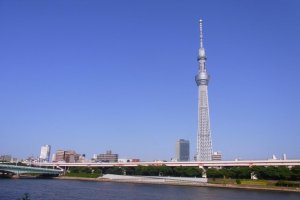 Eleanor Vikatorie Frary 9 years ago
Did you get any photos from inside Skytree???? Would be very interested to see those.
Reply Show all 0 replies

JapanTravel Guest 9 years ago
Is it possible to get walk-up tickets to the observation decks yet? I passed by a few weeks ago and was told it was reservation-only. Looks impressive from the bottom.
Reply Show all 0 replies
4 comments in total