Slice of Southeast Asian culture at this annual event

The Vietnam Festival, held annually in Tokyo's Yoyogi Park, is an exciting and delicious slice of Southeast Asian life. Like the other summer international festivals held at the park, this event provides a wealth of exotic foods, drinks, and entertainment, but this one has quickly become a crowd favorite. The first Vietnam Festival was held here in 2008, but in a few short years, it packed in over 150,000 visitors establishing itself as a major event on the summer international festival circuit at Yoyogi.

This festival is all about bustle. Visitors will quickly be impressed by its size and number of vendors selling, cooking, and entertaining. Everywhere, people are milling about in T-shirts featuring the Vietnamese flag design, and wearing nón lá, the Vietnamese name for the conical-shaped hat that the country is famous for. Performances are all over, and not limited to the main event stage.

The food, of course, is inescapable. There are rows and rows of Vietnamese food vendors sending delicious smells wafting through the air. Beyond the expected plethora of pho, there are plenty of places to score a bánh mì, the Vietnamese name for a baguette, which is often filled sandwich-style with grilled meats and served in a Vietnamese newspaper wrapping. There are plenty of lesser-known regional foods as well. I came across some cao lầu, a dish unique to central Vietnam, which was a delicious bowl of noodles, pork, and greens topped with a chili sauce. Vietnamese beer was also plentiful, especially Saigon Beer and its famous 333 brand.

There were also a nice collection of cultural displays at the festival. There were two tents filled with beautiful paintings displaying the diversity of the Vietnamese landscape, and tents displaying beautiful historic artifacts and crafts. There was a clear effort to educate people about the intricacies of Vietnam's culture.

Lines of vendors sold a variety of products from clothing to jewelry to musical instruments. There were also places ready to teach about and sell vacation packages.

There is a lively vibe and plenty to do, making this a high priority on your summer festival calendar. 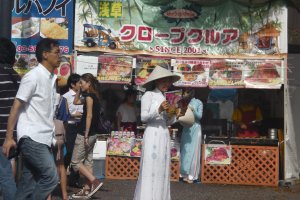 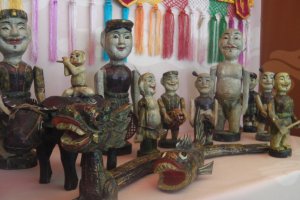 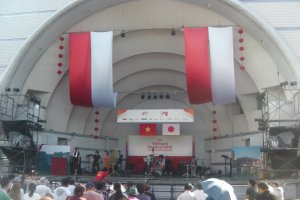 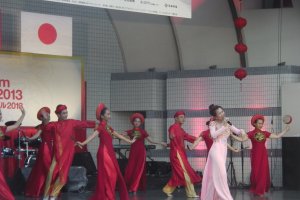 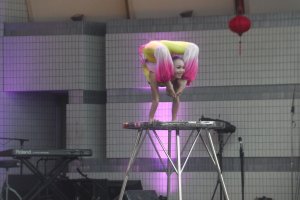 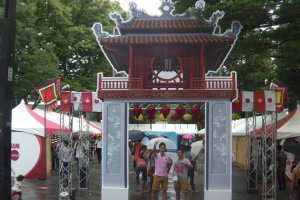 Kim 3 years ago
Would go for the food alone! Vietnamese cuisine is delicious!
Reply Show all 2 replies

Kim 2 years ago
Their noodle dishes are so good, though! Yummy!!
Reply
4 comments in total