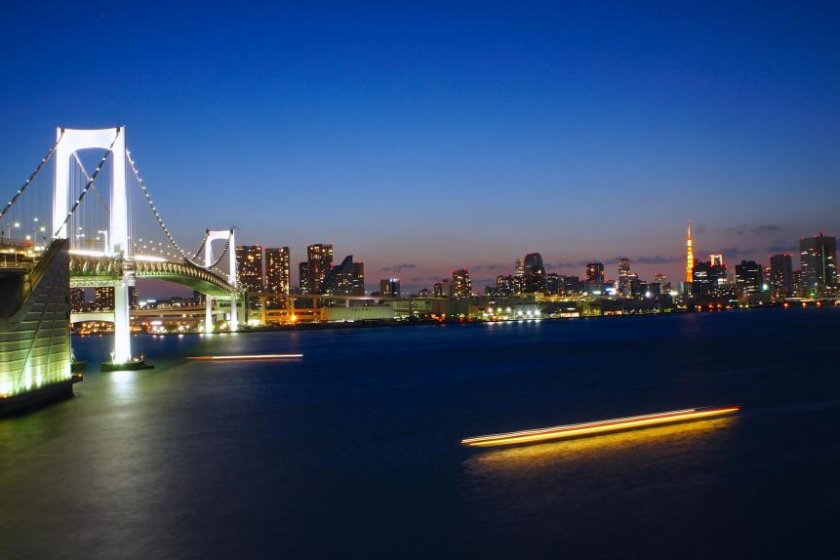 Walking Across the Rainbow Bridge

Northern or southern route? The choice is all yours.

Trails of ships passing below the rainbow bridge with Tokyo Tower in the distance (Photo: Manish)

Driving across the Rainbow Bridge is the standard way of getting from the seafront of Odaiba to the Shibaura side, or vice versa. Having stayed in Tokyo for well over a decade now, it was only last year that I discovered the Rainbow Promenade, a walkway alongside the traffic lanes on the bridge that gives you the chance to cross the bridge on foot.

Parking the car on the Shibaura side on the Rainbow Bridge parking lot, we walked over to the entrance of the promenade and immediately faced up to a question: Should we take the northern or the southern route? The north route entices with a view of the Tokyo Skytree and Tokyo Tower, while the south side walkway gives an awesome view of the looped road off Shibaura and the waterfront of Odaiba Decks and the Fuji TV building. We couldn't really make up our mind, so as a family we finally decided to walk from Shibaura to Odaiba on the north side and taking the south route on our return, covering both. The walk across the bridge is only about 800 meters, so this sounded like the best solution.

Taking the elevator to seventh floor and starting the walk, the first thing we realized was that it was quite windy there at the top. Hold on to your belongings, as they could easily be blown away.

The best time of the day to walk on the bridge is the twilight time on a clear day, when visibility is excellent. However, even on a cloudy day, if long distance visibility is limited, you still get great views of the action of the cruise and cargo ships passing underneath.

Interestingly, the walkway is also getting noticed now by the photography community for being a spot from where Tokyo Tower and Skytree nearly appear to be of the same height.

On our return we saw quite a lot of cyclists. It is not permitted to ride your bicycle across the bridge, but tugging it along is okay. To ensure that cyclists don't ride they bicycle, a unique wooden board with small wheels is attached to the back tire at the entrance of the walkway. The board can then be removed and returned on the other side.

For me personally, the views on the southern walk, especially the looped road of Shibaura, coupled with the passing traffic and the Yurikamome Line were particularly breathtaking. Although the Rainbow Promenade doesn't come close to the experience on the Akashi Kaikyo Bridge in Kobe, it has its special beauty, giving you a truly spectacular view of the city's skyline; something the city of Kobe cannot deliver to this extent.

Please note that the promenade is closed on every third Monday of the month. If that Monday is a national holiday, the walkway will still be open and you'll find it closed the next weekday instead.

Find out more about Rainbow Bridge. 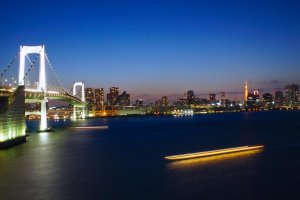 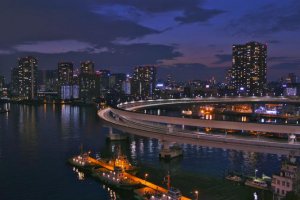 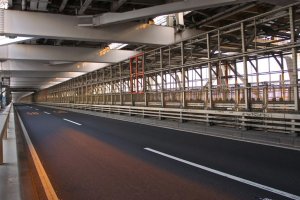 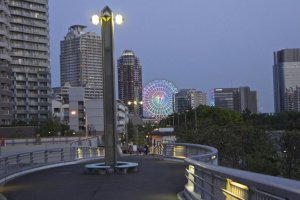 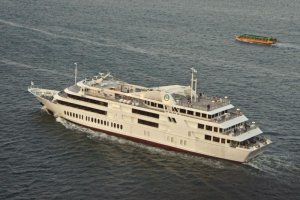 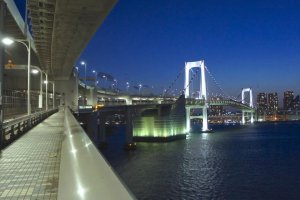 Manish Prabhune Author 7 years ago
Shot a timelapse video on the train (Yurikamome) which passes on this bridge too. You can view it at https://www.youtube.com/watch?v=_bGJb5FAleg
Reply Show all 0 replies
1 comment in total