One of the longest running manga and anime series today is Detective Conan or Case Closed as it is known in the West. Since its manga debut in 1994, more than 80 volumes have been released. As for its anime since 1996, there are more than 800 episodes to date. With the exception of the first movie, all Detective Conan movies have been among the highest-grossing movies in Japan. The 20th movie, The Darkest Nightmare, is scheduled to be released in the middle of April.

In December 2013, Gosho Aoyama, the creator of Detective Conan, received a delightful honor. Conan Station, also known as Yura Station, hosted a ribbon-cutting ceremony, with a new sign bearing the manga character’s name. The station is in the town of Hokuei in Tottori Prefecture, the birthplace of Gosho Aoyama. Conan Station has a gift shop with Detective Conan goods and books, as well as providing tourist information to Conan Street, Conan Bridge, and Gosho Aoyama Manga Factory, a museum which opened in 2007, to showcase Gosho Aoyama’s manga works.

Starting at Conan Station, Conan Street is a 1.4 kilometre street to Gosho Aoyama Manga Factory. Along the street, there are 12 different bronze statues of Detective Conan characters, 24 stone panels and 44 manhole covers with Conan painted. Along the way, Conan Bridge features 8 bronze statues and rails with 12 pictures. Walking 1.4 kilometres in a small town doesn’t seem exciting, but with so many photo taking opportunities along the way, the walk easily feels like a few hundred metres.

Arriving at Gosho Aoyama Manga Factory, one is greeted by Professor Agasa’s bright yellow beetle. Upon entering the museum, one will be overwhelmed with Detective Conan’s statues, pictures and exhibits. There are quizzes and games to take part in as well. As one tours the musuem, Detective Conan songs play quietly in the background. At the end of the visit, there is a souvenir shop with a wide variety of Detective Conan goods, with files, pens, plush toys, jigsaw puzzles, shirts, towels and biscuits, among the many choices.

There is also a Conan train, running 5 times a day along the JR Sanin Line in Tottori and Shimane prefectures. Definitely a must-visit for every Conan fan! 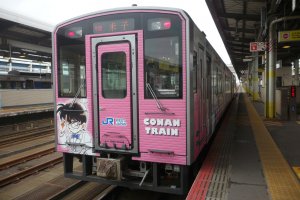 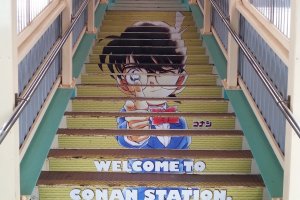 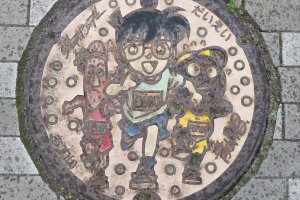 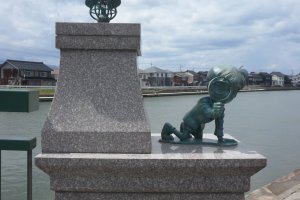 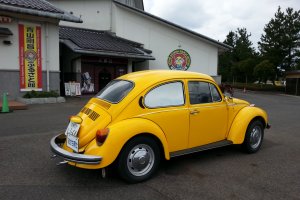 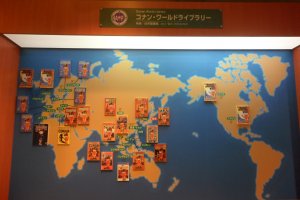 Elena Daurtseva 2 years ago
I rode once on Conan train - It was really great experience. Love Conan anime series!
Reply Show all 1 replies

Amanda Ho Author 2 years ago
Yes, it's an amazing place. Went there again twice since I wrote this article, and they added more stuff!
Reply

Relinda Puspita 6 years ago
I have been to Tottori but missed this place.
Reply Show all 0 replies

Saskia Gilmour 6 years ago
yes, yes and YES! I tip my hat off to you for this, sir!
Reply Show all 0 replies