A paradise for Detective Conan fans

Step into the magical world of Gosho Aoyama, creator of the Detective Conan manga series, at his self-named museum in Tottori Prefecture.

Gosho Aoyama is best known for creating one of Japan’s most popular manga series about a high school student with superior sleuthing skills. After ingesting poison forced on him by a crime syndicate known as the Black Organization, the protagonist Kudo shrinks to the size of a child. To stay off his enemy’s radar and protect his family, Kudo assumes a new identity – that of Conan Edogawa – and goes to live with a childhood friend whose father runs a detective agency. He spends much of the series both trying to hide his true identity from the people he lives with while attempting to track down his wily foes.

The Gosho Aoyama Manga Factory focuses a good deal on the Detective Conan series, but also pays homage to the man behind it all. Visitors are introduced to Hokuei, Aoyama’s hometown and location for the museum, as well as his early years in various interactive exhibits. Learn about how Detective Conan came into existence and what inspired Aoyama’s most noted creation. Personal notes and videos enhance the feeling of being able to delve into the creator’s background.

For Detective Conan fans, there are multiple exhibits in which to gain a deeper appreciation of the story and its characters. The character wall clearly defines the relationships between all of the series’ notable people while “Conan, the Collection” showcases goods and objects inspired by the stories, many of them unique to this museum. Try the “Full of Tricks” corner to experience some of the character’s various puzzles.

The adventure doesn’t end at the museum. Before leaving, before to pick up the brochure on “Conan Street”. This local thoroughfare in Hokuei boasts numerous statues and points of interest associated with both the Detective Conan series and Aoyama’s life.

While the museum normally costs ¥700 for adults, those who are lucky enough to visit on their birthday will be allowed in free of charge.

The Gosho Aoyama Manga Factory is located a twenty-minute walk or a five-minute taxi ride from JR Yura Station, known locally as … you guessed it – Conan Station. 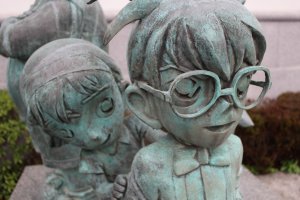 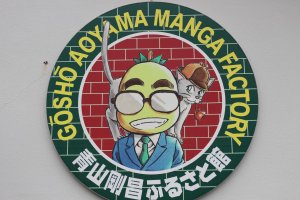 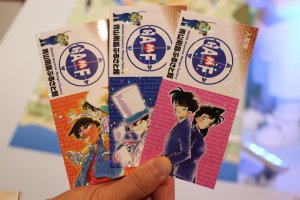 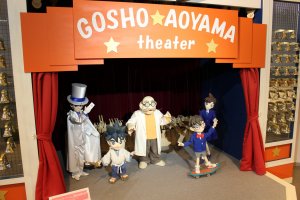 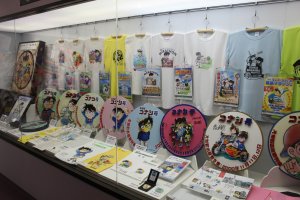 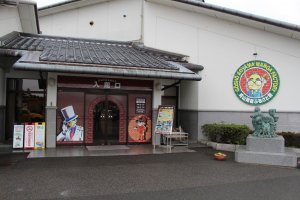 Bonson Lam 4 years ago
Conan Station and Conan Airport, this place is crazy for Conan Edogawa!
Reply Show all 0 replies
1 comment in total