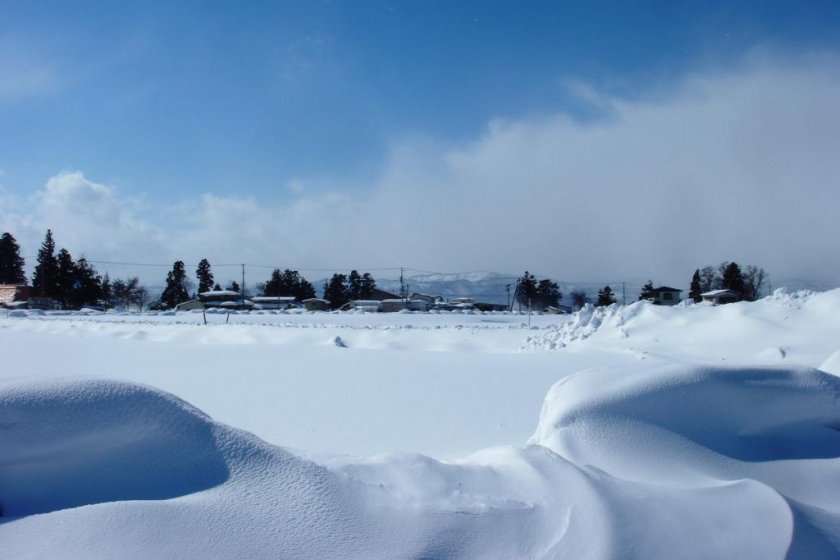 Iide Town is a small town in the southern part of Yamagata Prefecture. The town is surrounded by four mountain ranges: Zao Renbo, Azuma Renbo, Azahi Renbo and Iide Renbo.

The 8,000 people or so who live here earn their livelihood mainly by farming. Farmers grow rice and vegetables, they harvest fruits and they raise cattle. The locals are proud of “their beef” and they think that it tastes better than Kobe Beef.

Traditional farm houses here look like little islands surrounded by a wall of trees. Nihie-san, the representative of the Iide Tourist Association, explains that this setup proves very effective to protect houses against strong winds, especially in Tohoku’s cold winters.

Winter season in Iide is tough indeed. The snow is piling up several meters high and citizen have a hard time removing the snow from roads and from the premises of their houses. If snow removal is not done regularly, they would be snowed in completely.

Iide is keen on promoting their farm communities and in recent years they have introduced farm stays for tourists. Nihie-san told me that these farm stays have become really popular with tourists from Taiwan who seek to experience the “real Japanese countryside”. May visitors from Taiwan come to Yamagata in search of Oshin.

It seems that Iide Town is riding on the “green tourism” and “eco tourism” trend which also brings Japanese people back to rural Japan and its farming communities.

The majority of tourists who come to Iide Town are still local. They come from within Yamagata Prefecture or from neighboring Fukushima Prefecture. However, there are increasingly more visitors from Tokyo and Osaka.

In summer Iide Town invites hikers and all people who love the outdoors and wildlife. There is plenty of nature around here to spend a nice weekend in the forest and mountains.

Iide Town is quite isolated even for Yamagata standards. Come in winter and you will have difficulties getting there. This is the ideal territory for bears to roam the wild and during warmer season there are actually some bear hunting activities going on here.

Sake connoisseurs might have heard of Iide because of the production of doburoku sake here. Doburoku is a kind of fresh sake that can only be kept for a short while and must be refrigerated. It is a milky white brew that smells sour. I bought a small bottle to give it a try and I can say that it tastes quite different from the sake you know.

One of the places where doburoku sake is made is Shirakawazo, a ryokan and onsen. A sugitama (ball made of cedar branches) hangs above the entrance of Shirakawazo announcing it to be an operating sake brewery.

Each year in mid February Iide Town stages a snow festival in the Nakatsugawa area. This is where Shirakawazo is located and the festival takes place just behind the building and some massive walls of snow. This snow festival might not be as big or famous as the Sapporo Snow Festival but it has a long tradition. In 2013 it was celebrated for the 33 rd time, which speaks volumes for the great community spirit around here.

Iide Town’s main attraction in winter is the Dondendaira Snow Park. Donden is a mountain plain called like that after some locals’ experience with the snow and ice here: “don” means to slip and “den” means to fall. One can picture someone landing hard on the buttocks.There was a ski resort there before but the current snow park was opened recently, in 2012. 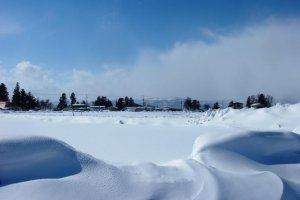 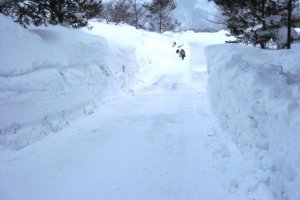 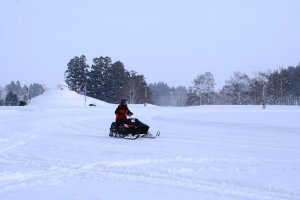