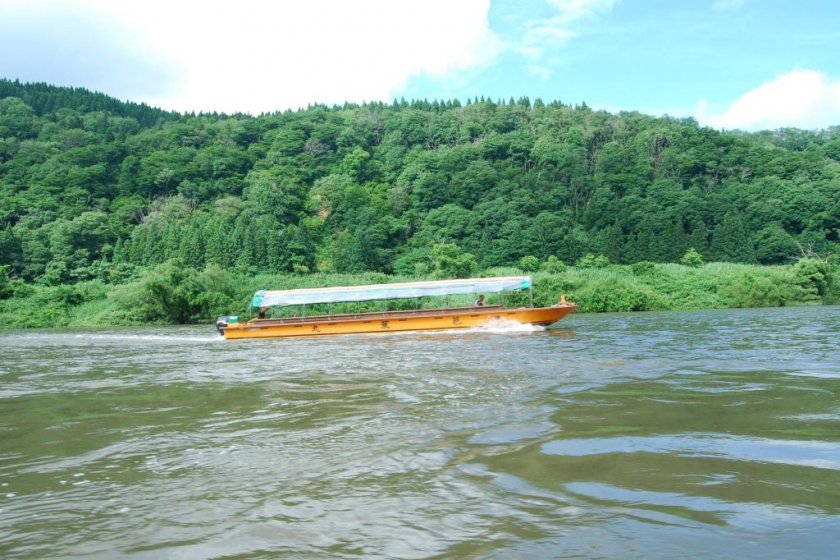 Riding the Waves of Mogami River

Mogami River and the Sankyo Rice Warehouses in Sakata City provided authentic scenery for the immensely popular 1983 NHK Taiga Drama “Oshin”, which chronicles the life a Japanese woman from her childhood in Meiji Era Japan up to her old age in the Japan of the 1980s. Discover the scenic beauty of the Mogami River while riding on a small boat and listen to some traditional Mogami River boat songs.

The 224 kilometers long Mogami River is one of Japan’s three most rapid rivers. You have to hold on tight when you ride down the rapid currents in a small boat. At first the river runs through a steep canyon, which is the stretch of river where tourists are taken out to, before it flattens and then flows into the Sea of Japan. For most part, it flows through Yamagata, one of the prefectures in the northern part of Japan’s Honshu Island.

During Japan’s Edo Era Mogami River was a busy transport artery that was used to ship famous Yamagata rice to the ocean where it was loaded on kitamae bune, large cargo vessels, that carried their load to far-away locations all around Honshu Island and up north to Hokkaido. The Honma, a merchant family in Sakata City, became rich by running these impressive cargo vessels. For an impression of how these boats looked like, make your way to Sakata City’s Hiyoriyama Park where a half-sized replica of a kitamae bune set in a pond sails to nowhere.

Small boats carried the rice on Mogami River from many locations upcountry to Sakata port where it was first stored in large rice storage buildings before it was shipped across the sea. The Sankyo Rice Warehouses, for example, were built in 1839 along the Niida River near Sakata Harbor. The originally twelve warehouses are all still there and nine of them are still in use for rice storage today. The remaining three house the Shonai Rice Historical Museum, the Sakata History & Culture Museum and the Sakata Tourist Information Center, including a souvenir shop. Rice from the Shonai Plain, one of Japan’s main rice growing areas, was and still is a sought-after commodity.

Nowadays small boats carry tourists rather than rice down the rapid currents of the river. The over ten kilometers long boat ride through Mogami Gorge starts from Furukuchi and takes you to Kusanagi hot spring, or the other way around as boats leave from both departure points. During the roughly one hour journey (one-way) you are entertained by the boatman, dressed in traditional garb, who sings some Mogami-kawa Funa-uta (Mogami River Boat Songs) while he is directing the boat downriver by a single wooden pole. If you fancy a return trip, then this is not a problem as boats are operating return trips.

Traditionally the beautiful river boat songs were sung by the boatmen while shipping rice down the river. They talk about how hard their life is and how much they miss their sweethearts. These nostalgic songs are said to be amongst the world’s most famous boat songs on par with the songs about Venice in Italy and about the Volga River in Russia.

While traditionally these songs were sung in Japanese only, the business-minded boatmen, who now also include some boatwomen, have created some new songs in English, Chinese and Korean to accommodate their curious foreign visitors.

River boating is indeed the main attraction of Mogami River now. While the boatman is doing the hard work maneuvering the boat down the currents, guests can enjoy the beautiful natural scenery of the gorge. There are cedar forests and several waterfalls that can be seen along the way and during leave changing season in autumn the mountain slopes on both sides of the river are covered in a blaze of color.

The boatman will stop at a makeshift hut at the river’s banks where you can buy some drinks and snacks to enjoy while on the way downstream. In winter the boats carry some kotatsu (heated tables) so that guests can enjoy the wintery landscape without getting cold. 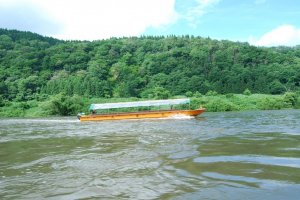 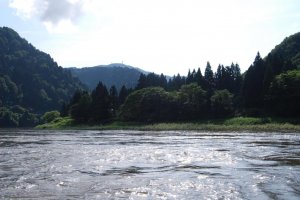 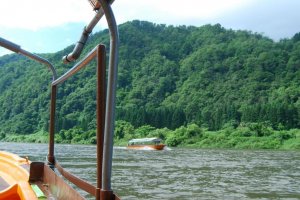 Anonymous 10 years ago
Hmmm, I thought, another river article. But then I thought to listen to an actual Mogami-kawa Funa-uta at http://www.youtube.com/watch?v=SJwqJ0ylYK4. Pretty amazing stuff -- very evocative, and I can just imagine the hardships of those olden day river men, plying the torrents.
Reply Show all 0 replies
2 comments in total