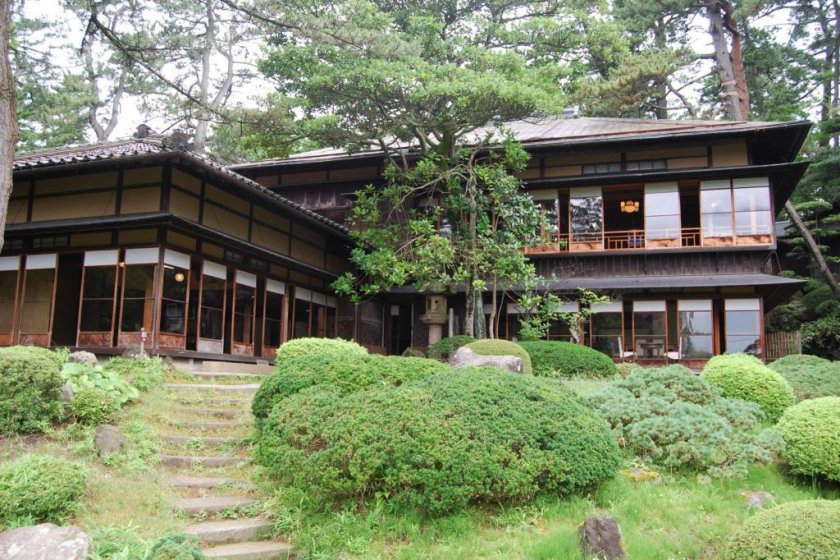 Legacy of the Honma Clan in Sakata City

Seienkaku Residence of the Honma Clan

Sakata, a small town in the northwestern part of Honshu Island, has a rich merchant history that is revealed to the observant visitor at every corner of the town.

Old residences, dining halls and warehouses that once upon a time belonged to influential merchant families exude an historic charm and invite you to explore the area.

During Japan’s Edo Era (1603-1867) Sakata was a flourishing merchant city and its prime location at the mouth of Mogami River and right at the Sea of Japan made it a terminal for sea and river-bound trade.

The main trade item was, and still is, rice from the Shonai Plain, one of Japan’s main rice growing areas. Although the harbor is still active, it's difficult to image that Sakata was once Japan’s second important port being nearly as prosperous as Osaka at the time.

While the area was ruled over by the Sakai’s, the local daimyo (feudal lord), the true power was in the hands of rich merchants, most notably the Honma family. They became rich by running kitamae bune, large cargo ships that would transport rice and other items to other parts of Japan.

Chatting to some local shopkeepers revealed that the Honma's are still around and they are still influential in shaping the city’s business and politics. While I haven't managed to see any evidence of that, I visited the residences of the Honma ancestors.

The impressive buildings speak indeed of power and wealth and also show that the Honmas were quite innovative, if not avantgarde, in their local area.

The Former Honma Residence, for example, is a structure built by the 3rd lord of Honma family in the mid of the 18th century. Originally this residence was intended to serve as quarters for the Shogun’s officials sent to Sakata. However, it was later given to the Honma’s in recognition of their services and it became their official residence.

Looking closely you will find that this building merges the style of a samurai residence with that of a merchant house. The local guide tells us that this is the only building in Japan that fuses samurai and merchant building styles.

The 4th Honma lord built another impressive house, Seienkaku Residence, in the early 19th century which served as quarters for the Sakai lords during their inspection visits to Sakata. The son seems to have followed in his father’s footsteps by merging different building styles.

In this case, he managed to combine Japanese and Western styles in the construction and in the interior of the building. The two-storey building looks like a traditional Japanese house from the outside but on closer inspection you will find large glass windows and Western lighting and furniture inside.

Seienkaku Residence is set in a beautiful traditional garden - Kakubu-en - that features a pond in the middle, surrounded by pine trees and cypresses on artificial hills and some rocks and stone lanterns dotted in-between.

Due to its grandeur Seienkaku Residence became a reception hall for VIPs in Sakata in the old days and in 1925 the Crown Prince (Emperor Showa to be) even stayed there.

Nowadays you don’t have to be a VIP to get in but visitors from all walks of life are welcome to admire the building and imagine what it must have been like in the old days. 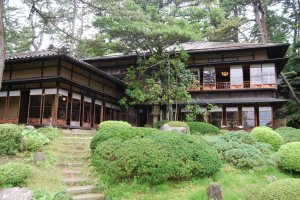 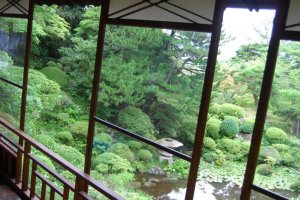 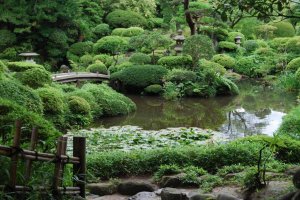