Authentic replicas based on ancient documents

Three minutes walk from Kofu JR Station stands Kofu Maizuru-jo Park. This is all that remains of what was once one of the most important castles in Japan.

Built in the late 16th century by Tokugawa Ieyasu after the defeat of Shingen Takeda's heir, Kofu Castle (also known as Maizuru Castle) was the strongest castle in the Kanto area after Edo Castle. It was located in a strategic position on the road to Tokyo. During its earlier days it was traditionally the seat of the Lord who was closest to the Shogun. In the latter part of the Tokugawa Era the Lord of Kofu Castle was regularly rotated, and the castle passed through the hands of about 200 different lords in the space of 125 years. I have to wonder how good (or bad) that was for the stability and prosperity of the region!

The destruction of the castle

A serious fire in 1727 destroyed the Honmaru (central building of the castle) and also the Akagenenmon Gate. The castle was eventually abandoned during Meiji Era, used for a while as an industrial testing ground, and finally most of the remaining buildings were demolished in 1877. Earth was removed from the site and used in the construction of Kofu Station. Areas of the moat were completely buried. In 1904 what remained of the castle was opened as a public park.

Over recent years some parts of the castle have been reconstructed. The wonderful thing is that the work was done using traditional methods, referring to ancient documents from the original construction. This means that the work looks really authentic, even though it is a reconstruction, making it an attractive and worthwhile place to visit. An authentic replica of Inari Yagura tower was completed in 2004 and now functions as a museum. It contains many interesting artifacts from the castle original buildings. A replica of Yamanote Gomon gate has also been completed. I don't know whether the other three gates are original, but if they are, they have also been restored, because they looked great.

I am always impressed by the massive stone foundations of Japanese castles. At Kofu Castle I found it interesting to see examples of the methods used to hold the stones together. I was also very struck by two stone stairways standing side by side, one with normal sized steps we have today, and one with giant-sized steps from the original castle. When you consider that people in the 16th century were generally smaller than people these days, I can't help but be surprised at the steps. Going up was alright, but I found going down rather scary.

If you climb to the highest point of the castle, the Tenshudai where the highest watch-tower once stood, you can enjoy views over Maizuru-jo Park and the Kofu Station area. If the weather is good you will also see beautiful views of the surrounding mountains, including the peak of Mount Fuji. As you can see from my photos, the day I visited it was raining. Finally, it is worth mentioning that there are many cherry trees in the park, making it a wonderful destination in spring. 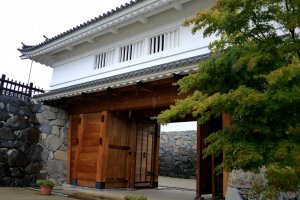 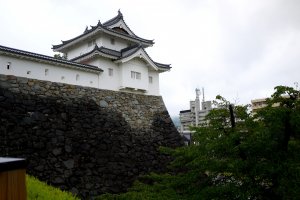 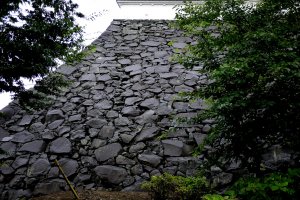 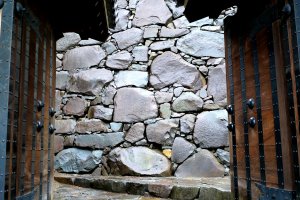 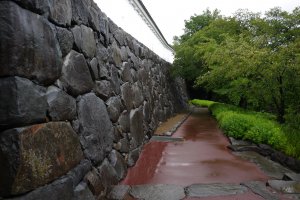 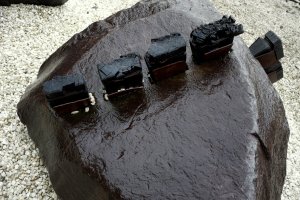 Elizabeth S a year ago
Such through reconstruction is so valuable for understanding the architecture and history of castles in Japan.

The lumber used in the gate is gorgeous!
Reply Show all 0 replies
1 comment in total