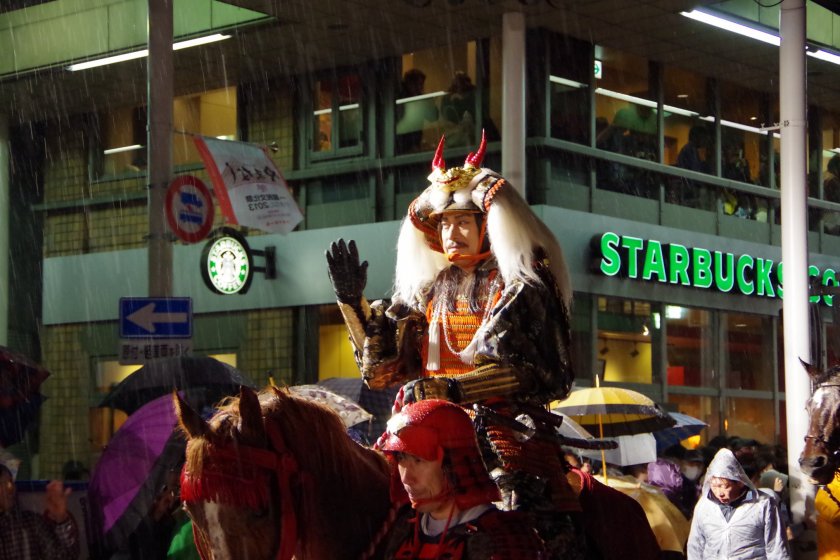 The biggest samurai festival in Japan

Takeda Shingen was a powerful and strategically brilliant 16th century warlord. Famous Japanese director Akira Kurasawa’s iconic film Kagemusha was based on the events that followed Takeda’s death. He ruled over Yamanashi, which was then known as Kai Province. He never built a castle, because he said that his fortress was the loyalty of his people. Instead he built flood banks to protect the people from flooding. You can find his statue outside Kofu Station, and he is still remembered as the hero of Yamanashi in the annual Shingen-ko Festival. 2019 will be the 48th festival.

Shingen-ko is the biggest samurai festival in Japan. The festival takes place in spring at the same time as the cherry blossoms are in bloom. The festival takes place over 3 days (the exact dates vary from year to year because it always a weekend.) The highlight is a samurai procession on Saturday evening. A different famous actor is chosen every year to play the part of Shingen Takeda. Some 1500 locals dressed in samurai armor gather in Maizuru Castle Park, then Takeda and his generals lead them through the streets of Kofu City and return to the starting point. According to the Guinness Book Of Records, it is the biggest samurai festival in Japan.

Besides the deployment of Takeda’s army, there is a Princess Koihime contest on Friday evening in Yocchabare Plaza outside JR Kofu Station’s North Exit. On Sunday there is a Kendo competition, a karate demonstration, a children's samurai parade, music and taiko drum performances in Maizuru Castle Park. Naturally there are also food and drink stalls selling a range of delicious things.

All the events take place just outside Kofu Station, or in Maizuru Castle Park which is only 3 minutes walk from the south exit of Kofu Station. 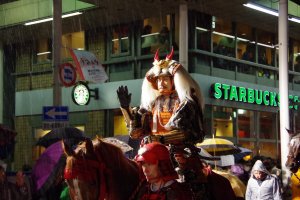 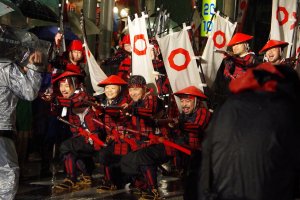 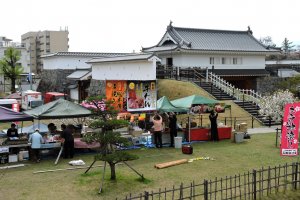 Elena Lisina a year ago
I watched Japanese historical dorama where Shingen relied very much on his war strategic adviser Yamamoto Kansuke.
Reply Show all 0 replies

Kim 3 years ago
Sounds like a fantastic one for the history buffs!
Reply Show all 0 replies

Elizabeth S 3 years ago
Samurai processions I. Japan are fascinating not just for the history, but the participants. Some samurai history buffs wear their own armor, and school kids get to play for soldiers. The atmosphere can be both dignified and great fun.

I used to wear armor in period festivals and parades. I felt like a living museum piece!
Reply Show all 1 replies

Cathy Cawood Author 3 years ago
The way the armor is constucted is pretty interesting. It's so cool that you took part in the parades, Elizabeth!
Reply
5 comments in total