Learn about the history and process of making whiskey

The Suntory Hakushu Whiskey Distillery is the second of its kind (the first is in Yamazaki). Set up in 1973, Its signature product is the Hakushu Whiskey, named after the place that it was produced. The reason is clear: the environment in which whiskey is produced plays a significant role in the subtleties of its taste.

The trip to Suntory Whiskey Distillery was unexpectedly interesting. First, I was brought through the Suntory Museum. There were interesting artifacts of the company’s history; successes and failures of the company’s products were both documented. This year is the 40th anniversary of the Hakushu Distillery, so there is a special video playing at the start of the tour. The guided tours are free of charge and also include a free tasting session at the end. Do make reservations before going!

After the museum, we boarded a bus to the Whiskey Distillery to see the process of making whiskey. My guide was effectively bilingual, but there was a big group of Japanese tourists at that time, so I was given an English audio guide. I found the audio guide extremely useful since technical terms of the process is hard to understand in Japanese and probably hard to translate too.

A lengthy process goes into the making of quality whiskey. The malt is first mashed, and then fermented. The distillation process produces the clear liquid that turns amber as it is left to mature. At each stage, different factors come into play to create the best tasting whiskey. The most important of all is undoubtedly water. As the Hakushu distillery is blessed with the availability of natural spring water, it certainly makes for first-class production of whiskey. The smell of malt, which is much alike that of bread, filled the air as we walked through the fermentation and distillation rooms. I didn’t know that whiskey is originally in fact transparent before the maturation process!

The maturation process definitely showed the work and effort that Suntory commits into creating quality whiskey. Each barrel, labeled with the year it was left to mature, is inspected and tasted regularly. It’s a massive operation given the sheer number of barrels. The maturation process is said to be a mysterious process, since no one could definitively point out factors that affected the taste of the whiskey. After years, the maturation process turns the whiskey into different degrees of amber. Different types of whiskey have different peak-ages so careful monitoring is needed. The nature also plays a huge part. Compared to Yamazaki whiskeys, Hakushu whiskeys tend to have a minty taste, due to the surrounding pine trees.

One major highlight of the distillery is the last stop, where you can try different ages of whiskey. Snacks such as nuts and chocolate are also provided. I wish I could hold my alcohol better to try the different ages of whiskey, but knowing my limits, I only went for a whiskey and soda. The last stop, called The Barrel, is a place where you are able to buy the Hakushu whiskey. As it is rarely sold outside of the Yamanashi region, it is a great memorabilia to own. Small bottles are also available for travelers to buy as souvenirs. If you would like to participate in the tasting, don't drive to the distillery!

As a tribute to Hakushu’s untouched nature and its importance to the process of whiskey-making, the Suntory Whiskey Distillery even has a bird sanctuary, where one could take a scenic path and do bird-watching. On my visit, it was raining so we skipped this part.

All in all, a pretty educational and interesting trip about whiskey! 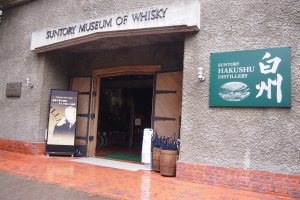 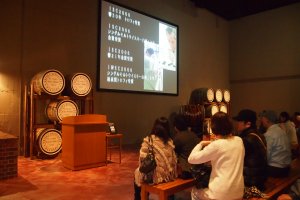 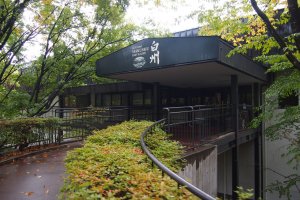 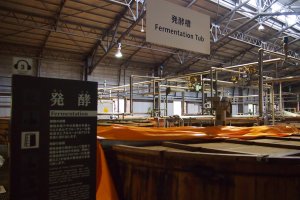 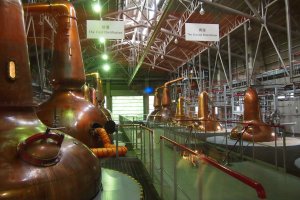 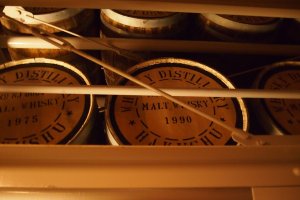