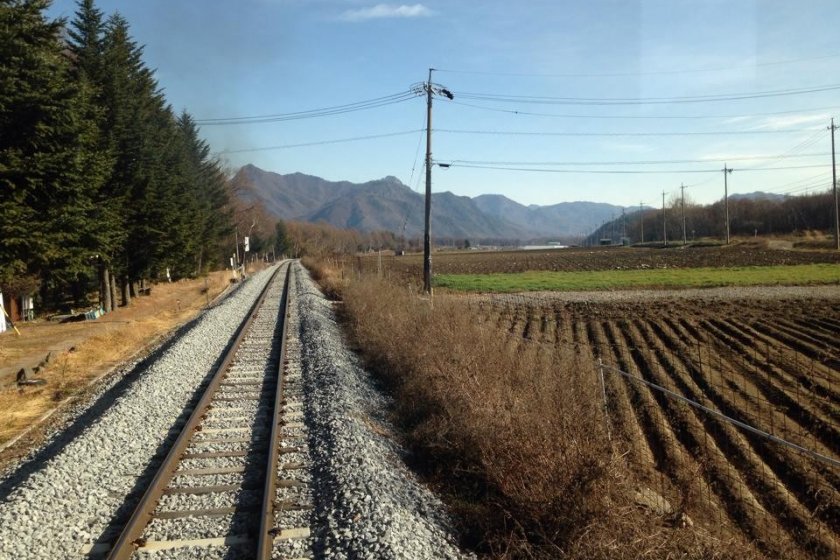 Take a Ride on the Koumi Line

Laid back journey with spectacular views

One of the many breathtaking views along the way

Ride through the countryside in the early afternoon on a quiet, two-car train as it ambles along the tracks. Gaze through the big glass windows onto fields of green as they abruptly turn into mountains in the distance. Follow the mountains as they draw your eyes up to the clear blue sky that becomes more vibrant as the sun settles into its golden hour. This is the vista of rural Japan.

If this scenic slow-paced journey sounds enticing to you, take a ride on the Koumi Line. This winding route of approximately 79 kilometers makes its way through the mountains from its origin in Komoro, Nagano to its last stop at Kobuchizawa Station in Hokuto, Yamanashi. You will be rewarded with some spectacular views.

Snap a picture when the train makes a brief stop at Nobeyama Station. This station is recognized as the highest altitude train station in Japan at 1,345 meters above sea level and marked with a post. This line has 31 stations with no express trains, so it makes frequent stops. The total journey takes about two and a half hours to complete.

Finish the trip with a stop at an unagi (eel) restaurant called Itutuya (井筒屋). Close to Kobuchizawa station, this restaurant is housed in a classic Japanese Meiji-era building furnished with antique tables and chairs from Northern Europe. The restaurant is busy, so service is often slow, but there are plenty of things to look at while you wait. The succulent fish is well worth the ¥3500 per meal set.

After you have had your fill, head back to Kobuchizawa station and hop on the Chuo Limited Express train for a 2 hour ride to Tokyo’s Shinjuku Station. Catch the last glimpses of Japan’s beautiful countryside as you travel through more mountains, orchards, and vineyards. Observe as the view becomes increasingly populated and developed as you grow closer to the world’s largest metropolis.

While Tokyo often serves as the image of Japan to the rest of the world, it by no means represents the nation as a whole. The true Japan lays waiting in the not-so-distant hills of the countryside. Get out and explore!

Brittany is a firm believer in trying all foods at least once, spending as much time outdoors as possible, and taking advantage of any opportunity to experience traditional Japanese culture. Originally from the Adirondack Valley in Upstate New York, she is currently living and teaching English in Japan's majestic and landlocked Tochigi Prefecture. 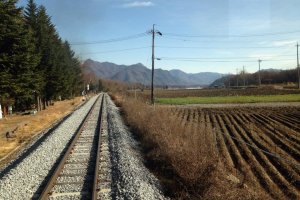 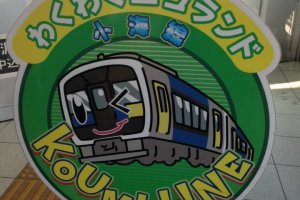 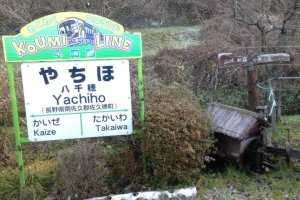 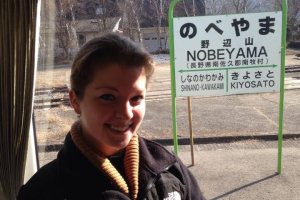 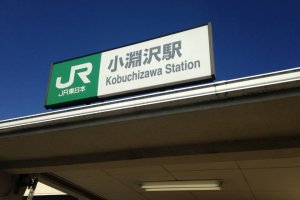 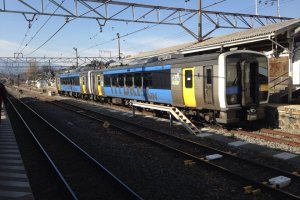 Cathy Cawood 5 years ago
Nice story! My friend told me about Nobeyama, the highest altitude station in Japan. I want to do this train journey sometime soon.
Reply Show all 1 replies