The best reads about travel in Japan

Japan is a country that has been consistently analyzed, deconstructed, and imagined through a deluge of books, articles, fiction, non-fiction, travelogues, documentaries, and film. It's a country people think they know and when they arrive, realize that, in reality, they don't know anything at all and even after years of living here still haven't scratched the surface.

Movies such as Sofia Coppola’s acclaimed Lost in Translation and Jake Adelstein’s best-selling memoir “Tokyo Vice” have fuelled interest in Japan and are probably responsible for a lot of ex-pats settling here but the best books about Japan manage to peel back some layers and peek behind the shoji.

So, if you're spending time at home to avoid the pandemic and are looking for a way to "visit" Japan, here are the top 5 travel books about Japan.

The first on the list is a relatively new anthology of unpublished material from journalist and travel writer Alan Booth. More known and celebrated for his seminal “The Roads to Sata,” this compendium offers some more comical and metaphysical insights into Booth's adopted homeland. The real gem in this collection, in addition to the wonderful Japanese film reviews Booth penned for the Asahi Shimbun, is “Roads Out of Time,” one of the best travel essays ever written about Japan. Detailing Booth's journey, on foot, through the wastelands of Shikoku this piece is the perfect companion to the acclaimed “The Roads to Sata.” Booth's work on Japan is the perfect introduction to the country and its quirks and fascinating idiosyncrasies.

Peter Orosz “The Wilds of Shikoku”

Hungarian Peter Orosz is a relative newcomer to the list of travel writers focused on Japan. His 2019 beautifully designed and published “The Wilds of Shikoku” is, in fact, an ode and metaphysical love letter to Booth's earlier journeys through Shikoku. The charming and poetic Orosz, in this work, pens about his struggles on foot through Shikoku in winter. Snow, sub-zero conditions, near starvation, and weariness don’t stop the Hungarian from describing the beauty of the countryside and the generosity of the island natives who welcome him inside their homes and often keep him alive through gifts of food and drink. “The Wilds of Shikoku” reads, in part, like poetry and is an essential travelogue about his love affair with Japan and its residents.

Pico Iyer doesn't need much introduction. The British-born writer has become one of the most celebrated travel writers of his generation and is mentioned in the same breath as giants such as Paul Theroux and Bill Bryson. Iyer has produced an abundance of essays, journalism, and books about Japan. Iyer's 2019 “A Beginners Guide to Japan” isn't your typical travel guide. It reads like a long-form introduction to the unknown, unspoken about, frustrating, and peculiarities of Japan, a country Iyer has been in love with for decades. Iyer isn't one for cliche or passing comments and this title cements Iyer’s reputation for profundity and philosophical musings.

Now in its third edition, “Hello Sandwich” is a welcome addition to writing about Japan. A light-hearted approach to Bizys' fascination with Tokyo's fashionable and much-loved suburbs, such as Koenji and Shimo-Kitazawa, and its myriad of cute stores, coffee shops, vintage stores and spots to pick up some delicious bento. Australian Bizys, a former Vogue staff member and all-round creative successfully found her own niche with “Hello Sandwich” and her blog, also titled Hello Sandwich, is well worth reading for up-to-date information about Bizys' new finds and recommendations.

Legendary editor and writer, Tyler Brule, has, quite rightly, made a name for himself in the publishing world for obsessive attention to detail and aesthetics. His much-loved monthly magazine Monocle almost single-handedly showed the print magazine industry how print can succeed in the 21st century. The Monocle city guide series is essential for any serious travelers out there. The guides to Tokyo and Kyoto are brilliant and informed reading for those interested in style, sophistication, and a love of luxury. It's all very oshare (stylish) but Brule and his team also appreciate the more pedestrian aspects of Japanese life shown by Brule's adoration of family restaurant chain Royal Host.

I'm currently the editor of Tokyo Weekender magazine. I have also worked for many other English-language publications in Japan and overseas. 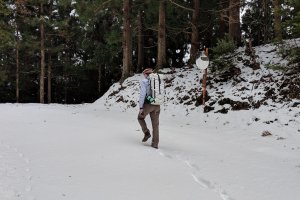 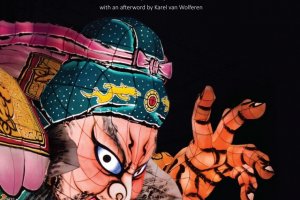 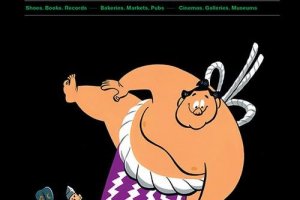 Sleiman Azizi a year ago
I just ordered my copy of Pico Iyer's work. It's almost zuihitsu in style, which is something I am particularly fond of.
Reply Show all 0 replies

Elizabeth S a year ago
An oldie but a good one I like is Donald Ritchie's The Inland Sea which I read while traveling to Shikoku. It's evocative of a different time.
Reply Show all 0 replies

Sherilyn Siy a year ago
Moving beyond Lonely Planet! Interesting selection to check out.
Reply Show all 0 replies

Sleiman Azizi a year ago
What's interesting is that they are recent publications too.
Reply Show all 0 replies

Kim a year ago
Always enjoy reading fresh insights and different perspectives on Japan, so I'll have to check some of these out!
Reply Show all 0 replies
5 comments in total