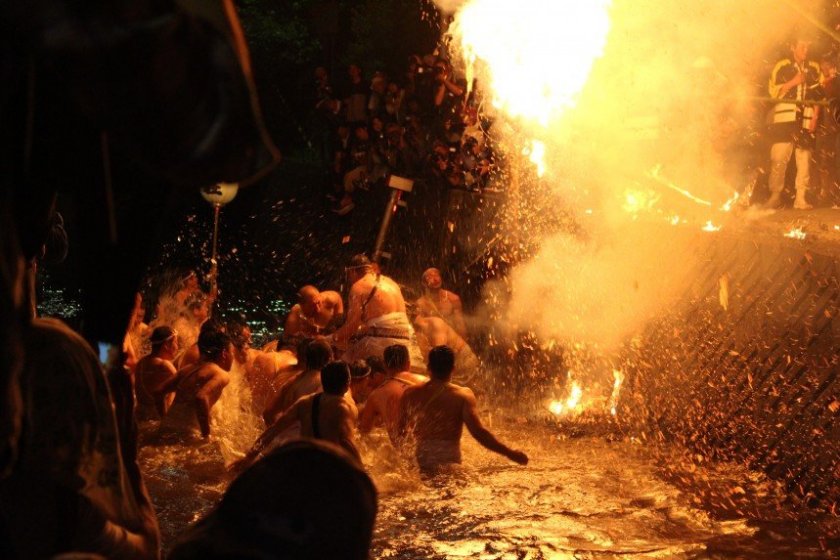 Expect to find these bizarre festivals only in Japan

Abroad, Japan has an image as a country filled with strange things. Any visitor or local will tell you that many of these stereotypes are overinflated, but you may be surprised to learn of these decidedly weird festivals and events. These ten make the list for the most unique festival and they’re sure to make you look twice. Here are some events you'll only see in Japan:

Travel to Mount Koshio in Iwate to partake in mochi pounding and be blessed by the local Shinto priest. Then get ready to watch the trek of half-clad men trek through snow and icy winds. As they climb the mountain, flame-lit torch in hand, they determinedly hold a paper blessing in their mouth. At the end of their climb, the men fight—sometimes literally—over a good-luck pouch. It’s said that whoever ends up with the pouch will enjoy a prosperous year.

The Hanamaki Souminsai is held every year on January 2nd at the Koshio shrine on Mount Koshio.

This unusual festival dates back to the 1600s. The “Strawbird Festival” of Kaminoyama, Yamagata, has grown men dressed up in odd costumes made of straw shouting out like birds. The straw-pile costumes offer little warmth as the men are showered with cold water, which often freezes to the straw—but they also enjoy plenty of sake on their wild dance and bird-calling through the castle town. This prosperity festival is certain to bring laughter to any who watch.

Famous around the world, this festival sees some 40,000 annual participants. The men strip down to their fundoshi loincloth and tabi socks, link arms, and run through the city in near sub-zero temperatures. All this for a chance at catching lucky bamboo sticks in order to have a prosperous year ahead. In the midst of the bustling, half-naked crowd, the men can barely move as they jostle this way and that, fighting for the lucky prizes. It’s well worth a visit—if you’re brave, why not participate?

Brave the cold of February in Okayama for the Saidaiji Eyo Hadaka Matsuri, also known as the Naked Man Festival, and considered..

Not for the faint of heart or the demure, the Kanamara Festival is well-known around the world for being the penis festival. The festival draws huge crowds to Kawasaki, Kanagawa, as phallus fans can go crazy over candy, illustrations, vegetables, and more—all centering around the male organ. Although there are colliding thoughts about why the festival takes place—some say it’s to ward off STDs and others say it’s to pray for successful childbirth—everyone can agree it’s a riot to see the bright pink penis mikoshi carried through the streets.

The Shinto Kanamara Matsuri (Festival of the Steel Phallus) each April at Kawasaki's Kanayama shrine is centered around the..

Get your babies ready for the “Crying Baby Festival” at Sensoji Temple in Asakusa, Tokyo. Every year, one hundred babies showdown for loudest crier. The babes are each carried by a sumo wrestler and whoever cries first is the winner. The belief is that crying babies grow up strong and healthy. If one contestant proves too stubborn or stoic to cry, the judge will don a red tengu mask and frighten the infant to tears. Get ready for a festival experience a bit louder than usual.

You might have to wait a while for this next festival as the Onbashira Matsuri happens only once every six years. During this event, as many as 16 fire trees are harvested to replace the pillars of Suwa Grand Shrine. The logs are transported over dangerous terrain and the brave men of the area ride atop them to demonstrate their valor. It can be a dangerous event, with some deaths in past years, but is no less exhilarating.

Onbashira Matsuri in Suwa, Nagano is filled with plenty of singing, dancing, colorful costumes and merrymaking in general.

The Kumo Gassen is a spider-fighting festival that dates back 400 years. At this unusual festival, small arachnids—raised by families and children—battle it out for top spider. Arachnophobes beware, this festival isn’t for the weak of heart. These spiders jump, bite, spin webs, and use all their creepy, crawly moves to win the fight. The fights seldom end in death as the judges break up the fights—by hand—once a winner is declared.

The townsfolk of Kajiki, a town in Aira City, Kagoshima, happily partake in a tradition which reaches back over four-hundred years:..

The “Mud Festival” is a great way to enjoy the hot, muggy days of July at Mishima Shrine. This festival has multiple events and is rife with photographers. The day begins with bulls plowing the muddy paddy while pulling old-fashioned wooden plows. There is a little disorder as the bulls sometimes go astray. After the bulls, the bean planters follow; the procession of men looks more than a little silly as they wade through the now stinky water to cast beans and rice husks onto the field. Next comes a ceremony of offerings with drums and even a guest appearance from a demon. This event is a long procession of bizarre and makes for some great photos.

Things heat up in Ishikawa at Yasaka Shrine’s wild “Rampage Festival” (also known as Fire & Violence Festival). True to its name, the festival is filled with fire and a lively—almost violent—atmosphere. Fire is set to a huge log-pillar at the pier and large festival lanterns are carried and paraded around as the blazing fire sparks over spectators. The following day, portable shrines are bathed in the sea—violently—and then smashed to pieces for a bonfire.

Abare Matsuri, or Rampage Festival, is an annual event in the town of Noto, Ishikawa. One of Japan’s most violent and fiery fe..

A messy and spiritual festival is the Paantu Matsuri of Okinawa. Let your spirit be cleansed by the Paantu spirit creature that visits from the mountains. These spirits are made of mud and sticks and leaves; they bring good fortune and health to anyone smeared with their mud. It’s a weird festival that’s drawn complaints in recent years as the number of tourists increases. It’s important to stay open to receiving the Paantu’s blessing of mud. Besides, what’s a little mud for good fortune and health? 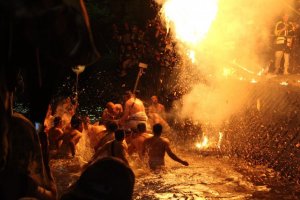 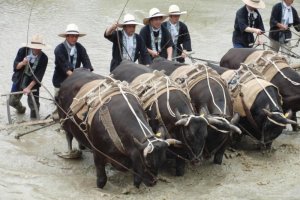 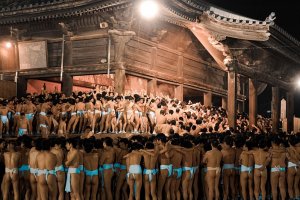 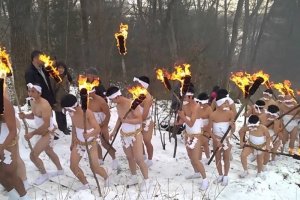 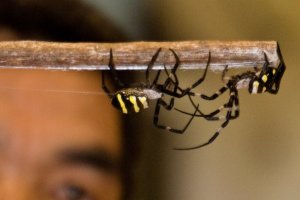 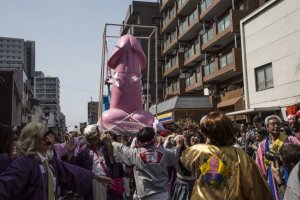 Nga Nguyễn 4 months ago
I never cease to be surprised at the fun things in Japan, especially the local festivals!

Justin Velgus a year ago
YES! A wonderfully weird collection from various regions. There are so many more options to include that it must have been hard to narrow it down!
Reply Show all 0 replies

Bryan Baier a year ago
Paantu looks like it was Hayao Miyazaki's inspiration for No Face in the movie "Spirited Away."
Reply Show all 0 replies

Elena Daurtseva a year ago
Now I think I want to visit it all!
Reply Show all 0 replies
11 comments in total