Sendai, Matsushima Islands and an aquarium

When planning my trip to Miyagi Prefecture, I decided to make it a leisurely one and explore Sendai and its surroundings. I'm glad I did as it has been my favourite Japan trip so far. Maybe my experience can be useful to somebody...

From Tokyo Station I took the Tohoku Shinkansen – perhaps it was an omen that this green bullet train was taking me to ‘Green City’ Sendai! The shinkansen is such an amazing train – it’s so comfortable and fast that I much prefer it to flying. One hundred minutes later I was in Sendai and hungry so I looked for some of that famous Sendai gyutan or grilled beef tongue.

At Sendai Station there are many stores selling local sweets made from green soy beans called zunda. I like them but left off buying some for later and looked for a gyutan place. I found one quickly and ordered. I was surprised by the very spicy salad that came with it. As a result I couldn’t really feel or appreciate the gyutan taste. Next time I'll try another place…

I then picked up some leaflets and information from the Information Centre at Sendai Station. Be patient though, English isn't widely spoken here in Sendai or in Miyagi. In spite of my poor Japanese, the people there were very kind and helpful!

The first day of my trip was dedicated to sightseeing via the Loople Sendai Bus. The route starts from Sendai Station (right and then downstairs from the West Exit). The bus makes a 16-stop trip around West Sendai at historical and other sites. One-day passes can be purchased at the stop for 600 JPY. The bus operates from 9am to 4pm.

It’s impossible to see all of these sites in one day, so I chose three: Zuihoden, Date Masamune's mausoleum, the Aoba castle ruins and Osaki Hachimangu Shrine. A good overview of Sendai history. On returning to Sendai Station I visited the observation deck of the AER building and looked over Sendai from the 31st floor. The view was absolutely stunning! Heading back to the hotel I walked along the covered shopping street Hirose Dori.

The weather was nice on the second day of my trip so I headed to Shiogama by local train on the JR Senseki Line. Thirty minutes later I was outside the city and visiting Shiogama shrine. As well as the beautiful shrine grounds and buildings, I was lucky to observe a very nice children’s Shichi-Go-San matsuri there. I followed this with a Shiogama Marine Gate boat cruise to one of the most picturesque views of Japan - Matsushima Islands. After a one-hour cruise I found myself in the very lively Matsushima Kaigan district with lots of shops, restaurants and attractions.

The third day was mostly spent at Umino Mori Aquarium as visiting aquariums is a pleasure of mine while in Japan. Sendai’s is really good and worth visiting. In walking distance nearby I came across the large shopping centre Mitsui Outlet Park full of all kinds of shops and a ferris wheel nearby. As it was a Sunday sale, the shopping centre was busy and lively. I felt the prices to be affordable. On the way back I saw interesting trains painted with manga characters and some beautiful modern buildings of glass and mirrors.

The first three days were full of excitement as I loved Sendai for being so green and peaceful, not too small nor too big. It was just the right size for me and with its kind and helpful people, the special atmosphere of the city made me feel at home. 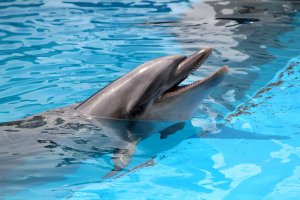 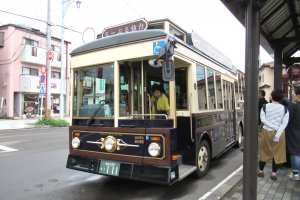 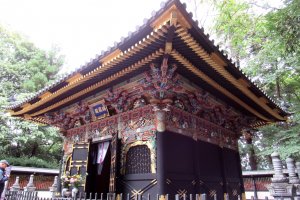 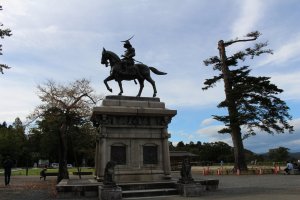 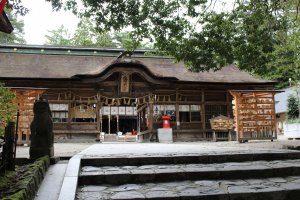 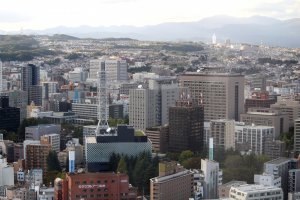 Lynda Hogan a year ago
Great itinerary and that Loople bus sounds ideal. I know they have a similar bus in Kawagoe, but I've never used it as I am usually on my bike, on foot or have the car! I must try it one of these days!
Reply Show all 1 replies

Elena Lisina Author a year ago
In Japan I can use only public transport and must admit it's very good!
Reply

Kim a year ago
Love the idea of the Loople bus! They have a similar system in Matsue in Shimane, and it was so convenient to get around. Really made my visit there a joy because it was so easy getting from A to B!
Reply Show all 1 replies

Elena Lisina Author a year ago
It's realy good and inexpensive!
Reply

Sleiman Azizi a year ago
A nice summary of your trip Elena. One of the great pleasures of Japan is that things are accessible and I think that your experiences show that.
Reply Show all 2 replies

Elena Lisina Author a year ago
Thank you very much, Sleiman! :D Yes, Japan is the only one country where I can travel on my own. In England or USA I depended on my friends with cars.
Reply

Elizabeth S a year ago
And you could visit so many sights in one day.

I enjoyed Aizu Wakamatsu City on the hop on, hop off bus. These are convenient ways to get around.
Reply
7 comments in total