The Special Feeling at Osaki Hachimangu

A National Treasure of Japan, Osaki Hachimangu was built in 1607 on the orders of Date Masamune, the lord of Sendai. The architectural style is reminiscent of the ones in Nikko, but visiting this shrine left me with a special feeling.

The approach to the shrine means climbing up many stone stairs surrounded by foliage. I felt it to be quite challenging but at the same time, I felt as if I were moving away from the ground and closer to the sky. It's a good way to humble yourself before the Shinto kami.

By the time I had reached the top it seemed as if the world of modern city life down below was long gone. Osaki Hachimangu was very quiet once I left the stairs.

Old stone komainu statues at the entrance show the beginning and the end of everything and turn your thoughts in many directions. Unlike renovated concrete shrines, Osaki Hachimangu is made out of wood, wood that has had the touch of time on it. Tall sacred trees marked with straw shimenawa and paper gohei mark the presence of kami there… take your time to feel it.

From the shrine booth you can purchase a special talisman in Sendai known as Hariko Matsukawa Daruma. These were created by a samurai of Sendai named Matsukawa Toyonoshin and differs from other similar talismans by its marine colours symbolising the ocean and its image of Daikokuten, the god of wealth, sailing on a treasure ship. Hariko Matsukawa Daruma has two eyes, but some of them are traditionally eyeless.

My visit saw me by myself at the shrine. I loved the silence On on the way back, though, I met a nice family with a young girl dressed in her festive kimono for the shichi-go-san holiday. With her family's permission, I offered the girl a Russian folk-style cloth doll that I had with me and was fortunate to take her photo. Despite being only 3 years old, I was very impressed by respect and grace. 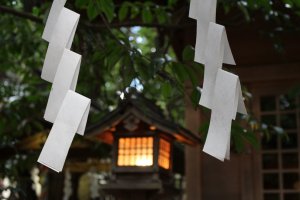 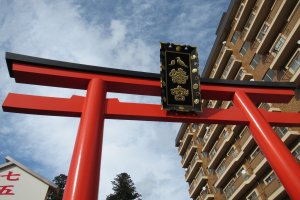 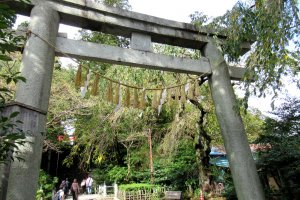 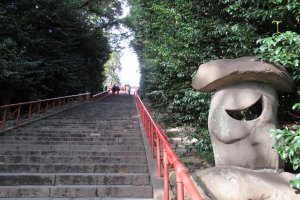 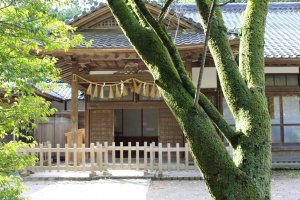 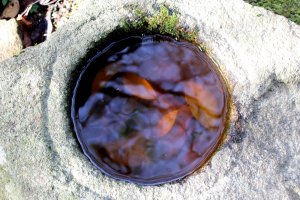 Elizabeth S 2 years ago
This Hachimangu has many design and decorative elements that echo the big one at Nikko. I’d tempted to say this one is more elegant.
Reply Show all 1 replies

Elena Lisina Author 2 years ago
Yes! I'd thought that Nikko was unique before visiting Sendai. I even liked it more in Sendai because shrines are not crowded with buildings and people. They're like treasures you have to find!
Reply

Sleiman Azizi 2 years ago
Despite the country's huge population and hustle and bustle, I've always felt that Japan is a great place for those who enjoy solitude and silence. Shrines like this one only reinforce that feeling for me.
Reply Show all 1 replies

Elena Lisina Author 2 years ago
Oh, there is plenty of space ad quitness as soon as leave Tokyo! :D Nagano is great place and miyagi as well. Very often I walked alone there and if met somebody they greeted me - konnichiwa! Big city is not for me. :)
Reply

Kim 2 years ago
Looks like a beautiful shrine! And that little girl is so sweet! It’s nice that you could share a piece of Russian culture with her!
Reply Show all 2 replies

Elena Lisina Author 2 years ago
I always bring souvenirs because I don't like to take photos of people without communicating with them. : )
Reply

Kim 2 years ago
That's very respectful. I think I should do the same, bring some small gifts from my home country in case I want to take photos of people. It's a very nice gesture.
Reply
7 comments in total