A first glance suggests that Otorii station and its surrounds in Tokyo's Ota City Ward is just another generic rail station with attending business hotels, chain-store family restaurants and ATM machines. A second glance may even confirm that. But when it comes to travel, it is always the third glance that is the real charm.

Named after the giant otorii shrine gate that sat along the way from Anamori Inari Shrine to Inaribashi Bridge, the station was established over one hundred years ago in 1902. Walking into the station, it's hard not to notice the large historical relief plaque showing the torii gate as it was back then; a nice glimpse into a relatively recent, yet distant enough, past.

Beyond the station can be found a number of good quality business hotels. Across the road from one of them sits a tiny little chain supermarket store, My Basket. Willing to strike up a conversation, the staff made a simple store-bought bento lunch box taste so much better than its humble origin would suggest. Smiles and good banter can make or break a trip.

A memorial stonemason store doesn't seem the most obvious places of interest but the rather cute - and skilfully carved - Yoshi Monk statue standing out the front certainly captures the attention. A peek into the store leads to a series of stone carved Disney characters that, along with the usual religious and temporal iconography, makes for quite the surprise.

Further on one discovers Haneda Shrine and its immediate neighbour, Jisho-in Temple. Both offer history and culture; spirituality too for the faithful. The shrine's mikoshi portable shrine is a highlight and the grounds itself go back some eight hundred years, having been visited by no less than the Tokugawa shogun, thereby ensuring the shrine's own political and social longevity.

Close by sits Haginaka Park. If Otorii's shrines and temples drawn on the past, then Haginaka Park must be for the future. A fantastic children's play area with a traffic rules theme, this park is quite frankly a gem for families and a most pleasant discovery.

Otorii station and its surrounds seem simple enough but the more you look around, the more you find that is worth seeing, turning what amounts to a side-trip into one with long-term memories. 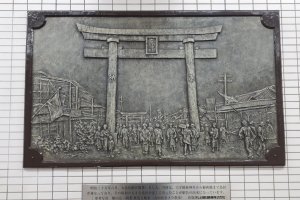 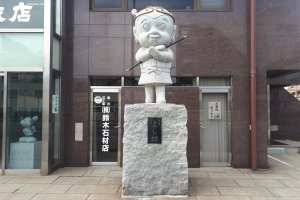 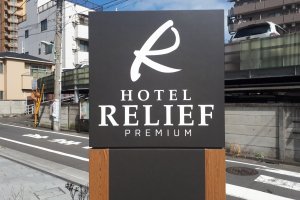 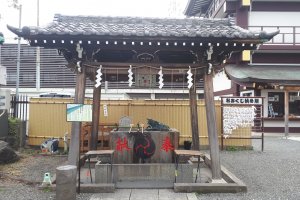 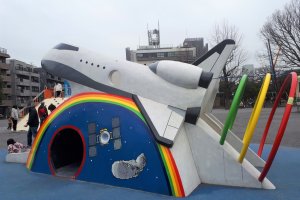 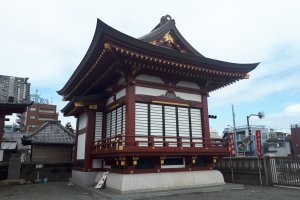 Elizabeth S 2 weeks ago
Anamori Inari Shrine’s summer lantern festival is beguiling. And around the corner are some quaint sento bath houses. I had a nice chat with local ladies when I took a bath there.
Reply Show all 1 replies

Sleiman Azizi Author 2 weeks ago
Yes, there are quite a number of public bath houses floating around. More than I would have imagined.
Reply

Sander van Werkhoven 2 weeks ago
That Space Shuttle playground makes me want to be about 35 years younger :-)
Reply Show all 1 replies

Sleiman Azizi Author 2 weeks ago
LOL, I totally understand. When I came across that park, my eyes lit open - I just know my kids would love the place. It really was a surprisingly pleasant find. Very family friendly.
Reply

Elena Lisina 2 weeks ago
I like the sculpture - it's funny and rare image.
Reply Show all 1 replies

Sleiman Azizi Author 2 weeks ago
It was a surprise coming across it, that's for sure.
Reply
6 comments in total