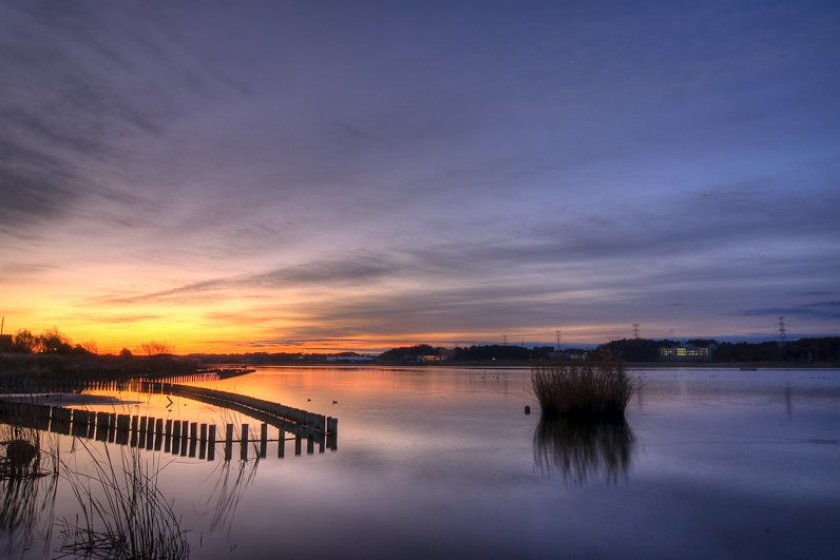 Today, Abiko City is a bedroom community for commuters to Tokyo. The city is nestled between Teganuma, a wide lake to the south, and the Tone River to the north, and has many places for strolling, cycling, bird watching, and fishing. These days it's a quiet little town with raucous festivals a few times a year, but in its heyday, it was a hothouse and retreat for bohemians and thinkers. A little over 100 years ago, this landscape attracted novelists, artists, and educators who brought the Japanese arts into the modern age. Today, you can visit the many Abiko City locations that inspired these luminaries.

Sugimura Sojinkan Memorial Museum honors the prolific journalist and historian Sugimura Sojinkan who relocated to the city in the 1920s. The house and garden reflect his scholarship and love of tradition and modernity.

The marsh is a significant location for bird watching. On the edge of the marsh is Abiko City Museum of Birds. This institution, open to the general public, reveals the relationship between bird and human life in the region. Nearby is the Yamashina Institute of Ornithological Study (access by appointment only) documents the birdlife of Japan.

For literature enthusiasts and history buffs, the Shirakaba Literature Museum with manuscripts of Taisho era writers who lived in the area. See art objects and paintings associated with this group of iconoclastic and internationally minded scholars and writers.

Teganuma Marsh, the wide wetland between Abiko and Kashiwa Cities, is bordered by many parks. On the Abiko side, to the south of Abiko Station, is Teganuma Park. This municipal park has plenty of spaces to play, pavilions, benches at the edge of the water, and shallows for children to meet the water. Above the park on the hillside is Tenjinzaka, a cobbled walk that recalls Abiko's reputation as "Kamakura of the East" in the the Taisho era. A restful and shady spot is Gohonmatsu Park overlooking the marsh east of the city center.

One way to enjoy the marsh is cycling around the kilometers of paths. Bicycles can be rented at various points around the marsh.

On the banks of the Tone River to the north side is Tonegawa Yuyu Park. This wide open space has day camping, an off-road cycling track, and wildlife preserve.

Abiko City has a half-dozen places where visitors get an impression of the Edo and Taisho era life of the city. Along the path that parallels the shore of Teganuma Marsh, summer villas of writers and visionaries. One of these open to the public is Murakawa Summer Villa. Take a moment to soak up the atmosphere at this Taisho era home nestled in a bamboo grove.

Nearby is the site of Kano Jigoro's villa. Kano is known as the originator of judo, and contributed to Japan's education system and Japan's participation in the Olympic Games. Although nothing remains of the villa and plantation, it is a pilgrimage spot from which can see his statue gazing out over the marsh. Abiko City has a number of Mount Fuji views, and this is perhaps the most poignant.

To the east of the city center is the Former Inoue Residence, the stately home of a farming family that played a part in shaping Abiko City's landscape. See how they lived in the Meiji and Taisho eras.

To the east of the city center is Masakado Shrine, commemorating Taira no Masakado, a Heian Era warlord who tried to usurp the emperor and lost his head, which rests a bit uneasily in Tokyo. He spent his childhood in what is now Abiko City, and near Masakado Shrine, you will find a well he is said to have dug. Some people think it radiates energy.

Togenji Temple, a Soto Buddhist sect temple, is said to have been founded by the Hojo lord of Odawara Castle. On the grounds is a natural monument, a massive kaya tree said to be over two centuries old, under which pupils received instruction in Chinese classics.

A treasure of the city is Fukiaezu Shrine northeast of Araki Station. This country shrine is graced with some of the most magnificent wood carvings you will see in the Kanto region. Elaborate dragon sculptures climb up and down the main shrine’s pillars. 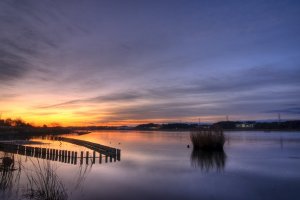 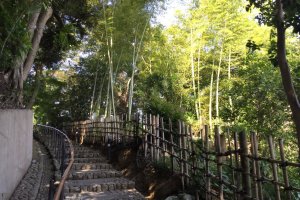 Elizabeth S Author 8 months ago
The photographer is a local resident who has his finger on the pulse of the region. I love his photography.
Reply Show all 0 replies

Kim 8 months ago
The first photo at dawn just feels so soothing!
Reply Show all 0 replies

Elena Lisina 8 months ago
It seems that any place in Japan is interesting!
Reply Show all 5 replies

Elena Lisina 8 months ago
Good, especially for travellers with low budget like me! Transportation is quite expensive in Japan and I always look for a place that is close to Tokyo.
Reply

Elizabeth S Author 2 months ago
You’re in luck. Chiba and Saitama next door are easily accessed and a lot of the popular spots aren’t as crowded as Tokyo
Reply

Sleiman Azizi 8 months ago
Nice place Abiko. Been through it a few times too. I didn't know that Taira no Masakado also had a shrine there. That headless guy sure gets around.
Reply Show all 1 replies

Elizabeth S Author 8 months ago
If you visit, you can bike along the Furiai Line, a path that takes you to most of the spots I mention.

The shrines are near Araki Station, a few minutes east of Abiko Station.
Reply
10 comments in total
Back to Contents