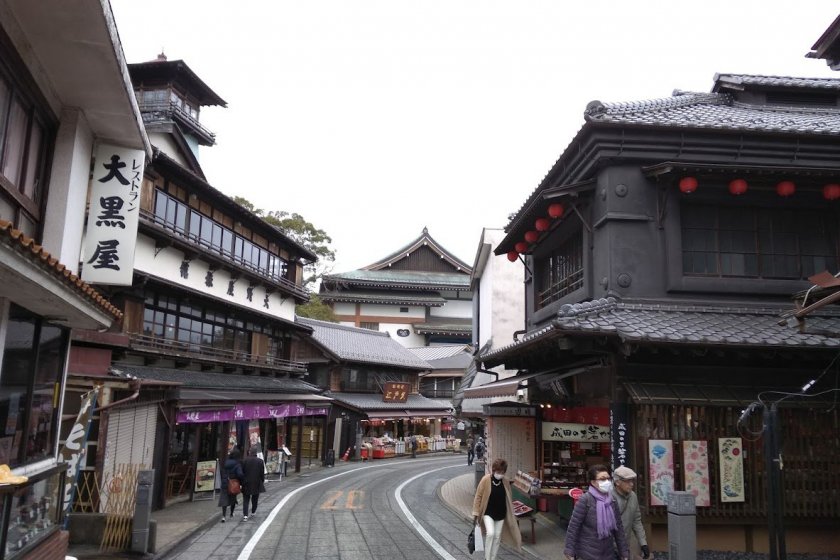 She stands alone and aloof in solitary isolation. She doesn’t get a second glance, if she gets a glance at all. If she were alive, I wonder if she’d be crushed by such lack of attention – I would. But she’s only a bronze statue, thank goodness, erected in memory of a distinguished Japanese woman haiku poet, Mitsuhashi Takajo, born near Narita, Chiba, in 1899. One of only four leading lights among Japanese woman haiku poets, she was hailed in the 60’s as Japan’s “chief woman writer of haiku".

The thing is, they put her statue on Narita’s tourist street which is a sense fest of sight and sound and smell with rushing throngs of travelers leaving Japan from nearby Narita Airport. They have only limited time, but with so much to see, eat and buy, who’s going to stop and look at a statue?

Here’s just some of the competition: Traditional grilled fresh eel shops, rice crackers popped out through an old fashioned iron mold, useful carved wood items, kitchen utensils, a fragrant fruit bubble soap shop, souvenirs galore, rice paper lanterns, an archery school with ongoing demonstrations. It is all a bounteous buzz of traditional Japan mixed in with nouveau Japan. And of course, there is also Narita’s mothership, Shinshoji, an ancient Shingon sect temple within a heavenly nature park and gardens.

I’ve read that Takajo’s haikus delve into gloomy themes of alienation, ascetism, spiritualism, and self-contemplation. Now, I know bubkes about haiku, being more the “Twinkle Twinkle Little Star” type, but it does feel that her acclaimed haiku, and then her statue, largely unseen and unknown, seem unfairly misplaced in Narita, with its fast lane vibe of earthly and exciting materialism. She doesn’t get the acknowledgement she merits.

It seems even sadder to learn that for Takajo, dark days did set in (don’t they always?) as she grew old, sick, and lonely. Apparently, her last haiku collection in 1970 was death oriented. But maybe her haiku and statue, then, might be reminders that eating and shopping, life itself, is but a fleeting glance. In Narita, though, the last piece of Japan we might ever see and feel, does anyone really want to be reminded?

Narita is worth giving a whole day to. You can stay within the airport vicinity at the Narita Airport Rest House, a short walk from the airport terminals. A half hourly shuttle bus takes you to and fro. Information is on their website.

Take a local train to Narita from Narita Airport. Narita’s main street, the omotesando, is outside the station. Follow the crowds. 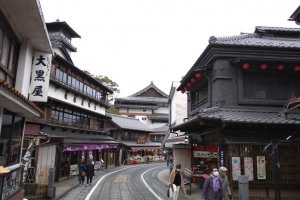 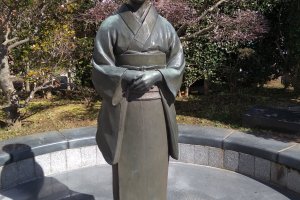 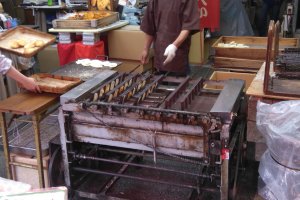 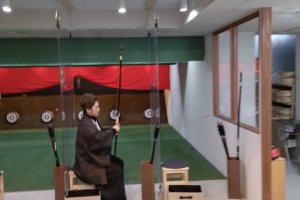 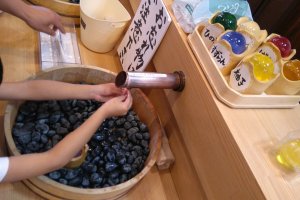 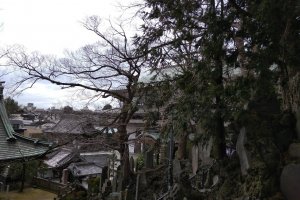 Elizabeth S 9 months ago
Woah, I’ve visited Narita’s Omotesando a dozen times and didn’t know about this haiku master. Narita is a treasure box of history and culture.

Thanks for shining a spotlight on this haiku poet. I’ll read her.
Reply Show all 0 replies

Elena Lisina 10 months ago
Usually I travel alone and take photos of statues to learn about them later as no one accompanies me and can tell who were those people or event. I spent half a day in Naritazan, then took photos of 12 Zodiak animals, but didn't see this statue.
Reply Show all 3 replies

Arlene Bastion Author 10 months ago
Look for her next time!
Reply

Bonson Lam 10 months ago
Japan is amazing in pulling the heart strings. Whether it is the Hachiko statue in Shibuya, or the lonely lady in Narita, there are some many levels to the streetscapes. Yes I was pouring with tears the first time I truly read the story of Hachiko in Shibuya, coming face to face with emotions of loyalty and sadness.
Reply Show all 3 replies

Bonson Lam 9 months ago
Even the music box music in the Japanese hotel lobbies pull my heartstrings!

Sleiman Azizi 10 months ago
Absolutely loved reading this one! You rock.
Reply Show all 1 replies

Arlene Bastion Author 10 months ago
With this kind of encouragement, no time for the blues about Covid, on to the next!
Reply

Kim 10 months ago
Another great read!
Reply Show all 1 replies