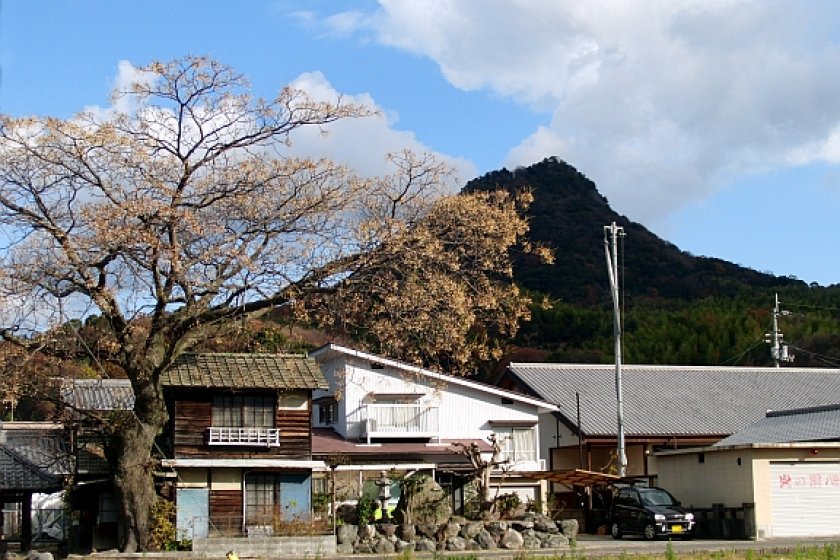 An easy stump up Brokeback Mountain

On the northern boundary of Matsuyama City, long after the city has become countryside, stands Mt. Eryo. With its distinctive shark’s fin shape, it’s a highly recognizable landmark, visible from many parts of Matsuyama. To the adventurous, it cries out to be climbed. In fact, you don’t have to be hugely adventurous to climb it, because it’s only 302 meters high, an easy, but rewarding stump.

There’s a story behind Eryo-san. It’s part of a chain of three oddly-shaped peaks, which are collectively known as ‘Koshi-ore yama’ – Brokeback Mountain in English. The story goes that Eryo-san was competing with the much larger Ishizuchi-san to be the tallest mountain in Shikoku. Ishizuchi-san won, knocking down Eryo-san which fell in pieces, one part of which fell into the sea to form the island of Kashima which lies just off the coast across a short strip of water. Strictly speaking, the middle peak is Koshiore-san, but we’re not used to speaking very strictly in these parts.

Finding the path up Eryo-san isn’t easy. You must first look for the temple Saimyoji on the south side of the mountain. Just before Saimyoji, a sign in Japanese points to a concrete road off to the right. Follow this road straight up, avoiding any of the less steep roads that branch off to the right and left. The road goes up at an acute angle through citrus orchards and bamboo groves, doglegging sharply to the right before coming to a torii gate on the left. This is the site of an old castle, although there’s not much to see now. Here, the Matsuyama Board of Education has posted some interesting information;

“Stonework on the steep approach and some other structures remain of the castle on Mount Eryo, which served as an adjunct to Yuzuki Castle. On the southwest slope are remnants of the three-tiered earthworks making use of the terrain for defense. The castle was defended by Kono Michikiyo against forces from Bingo and later served as a clan residence. After the battle of Sekigahara (1600), it was turned over to the Mori fief of Bungo (Oita) and was abandoned.”

From Bingo to Bungo – and all for what? How peaceful it is here now.

Go up the steps and under the torii. From here, the path is a mountain track all the way up. At the top is a clearing with a roofed platform, a tap, and a portable cabin. You can actually camp up here if you fancy a very lonely night under the stars. Behind this space is a rocky outcrop topped with a little shrine. Like its bullying nemesis Ishizuchi-san, Eryo has chains up the cliff to the shrine to help worshippers navigate the rocks. From the top there are fantastic views of the Seto Inland Sea, with Kashima off Hojo, and Gogoshima near Takahama in Matsuyama. To the southeast is Mt. Takanawa, a mountain that is better appreciated from afar (it’s an unrewarding slog to the top, and the views aren’t nearly so good as from Eryo-san). To the northeast, you can spot the towers of the Shimanami Kaido bridges to the mainland.

Eryo-san is rather a long walk from the nearest station, Oura. It’s best to go by car and park near Saimyoji temple. You can be up and down the mountain in about an hour. 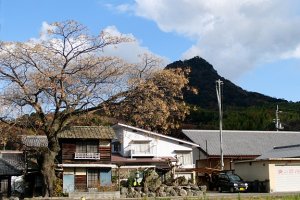 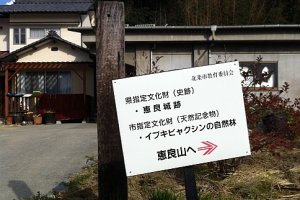 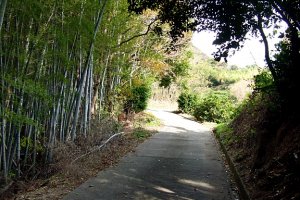 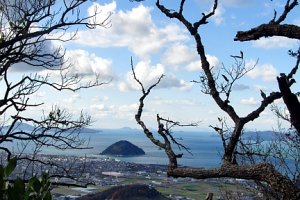 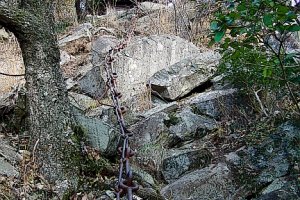 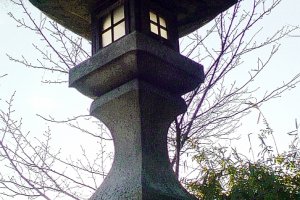