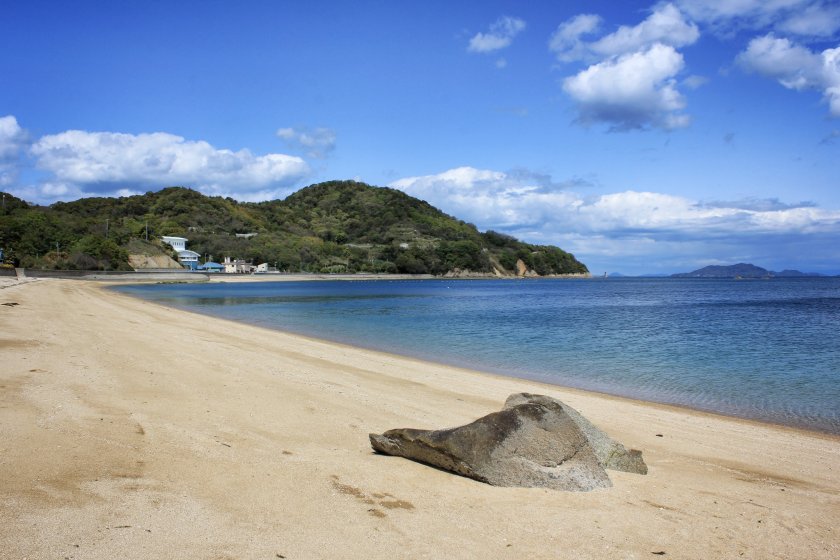 An island renowned for its beaches and cherry blossoms

The Seto Inland Sea is a shallow sea separating the island of Shikoku from Honshu, the main island of Japan. A chain of large and small islands straddles the sea between Imabari in Ehime, and Onomichi in Hiroshima. This route is linked by the Shimanami Kaido, an expressway with spectacular suspension bridges over the sea passages.

Hakata Island is the second major island on the Ehime side, located between Oshima and Omishima. I visited Hakatajima in early spring. I got on the highway near Imabari City and drove across the Kurushima-Kaikyo Bridge and the Hakatajima Oshima Bridge, admiring the fine views of each bridge I crossed.

My first stop was at the Hakata Michi no Eki just off the ramp next to the Hakatajima Oshima Bridge. I had a stroll along the little beach next to the Road Station and made a mental note to come back here for a swim in summer.

At the Road Station, I picked up a very useful map of the island and headed anticlockwise around the bottom of the island, visiting a number of wonderful beaches and campsites. The first of these is the secluded Niwatori Kojima Campsite and Beach, which overlooks a narrow channel between islands, with an outcrop of rocks said to look like a hen and its chicks. Just a little further along is Funaori Seto Campsite, which offers a slightly different view of the same channel. Both are excellent places to camp at any time of year. Oura Beach is a longer, more open beach, with views stretching right over to eastern Ehime.

Traveling round to the east of the island, I visited Furusato Rekishi Koen, a reconstructed castle with a fine museum and fantastic views. Hakata Island is a center of salt making, producing high-quality, mineral-rich sea salt. The Hakata Shio salt factory is located near the Furusato Rekishi Koen, and you can see the salt lagoons where salt is still produced. Old lagoons are now used for raising shrimp. From the reconstructed castle, you can look down on a shipyard, where beautiful vessels are turned out in a bucolic setting.

On the west side of the island, Hirakiyama Park is known as one of the premier sites for viewing cherry blossoms in Ehime. Over one thousand cherry trees are arrayed on a hill topped with an observation tower. The contrast between the mass of pink flowers and the blue sea below is unforgettable. 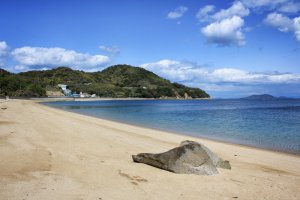 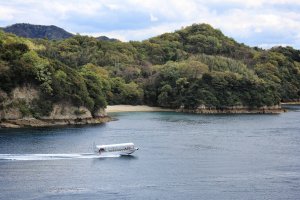 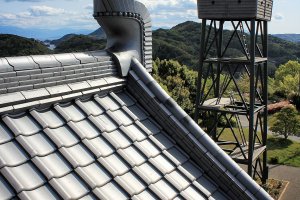 Victoria Vlisides 3 years ago
I'm all about Japan beaches! Thanks!
Reply Show all 0 replies
1 comment in total