Step back in time at this restored samurai residence

Samurai weren't just warriors. They were also an integral part of Japan's ruling class, a wealthy elite who often lived with their families and servants in opulent residences. It's possible to get a glimpse of that lifestyle at Aizu Bukeyashiki, an immaculate reconstruction of the home of Saigo Tanomo, chief retainer to the feudal lord who ruled the area.

Some history. For a long time until the end of the Edo era in 1868, Aizu Wakamatsu was a major political and military centre, but then found itself on the wrong side of history, as the Aizu clans fought with the old Tokugawa Shogunate against the new Meiji government. It was the last battleground for the samurai, and during the battle and prolonged siege, the lord's castle was damaged, and Tanomo's residence almost completely destroyed by fire.

It's a wonderful place now to stroll around slowly, taking in the atmosphere and historical details. I was given a guide map in English with plenty of useful, interesting information, and there are also English captions on the displays in many of the rooms, with some illuminating (if sometimes shocking) facts about the events of the time.

The building and decoration style is very traditional, the house being built of local zelkova, cedar and cypress, with wooden floors for the servants' areas, stone or tatami floors and screen doors for Tanomo's family and the rooms for official duties. The residence serves also partly as a museum, with many of the rooms presented as little dioramas; there are displays of armour and weaponry, mannequins in period dress and hairstyles representing members of the household, and decorations such as beautiful lacquered screens and hanging scrolls.

It really is like stepping back in time, a great place to learn not only about the life of a samurai retainer and his family, but also the customs and attitudes of the time.

Unless you're staying in Higashiyama Onsen, it's a long way from anything else in town. If you're not driving or cycling, and don't fancy a long walk, you can use the sightseeing buses Haikara-San or Akabe, getting off at the Aizu Bukeyashiki stop. 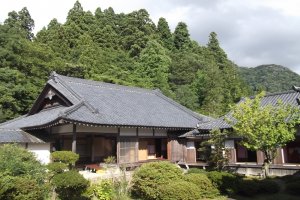 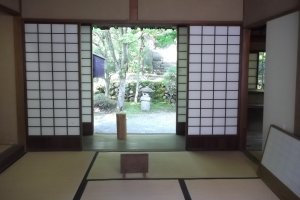 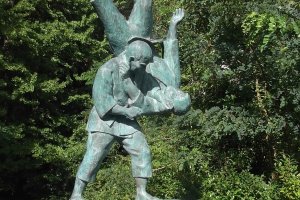 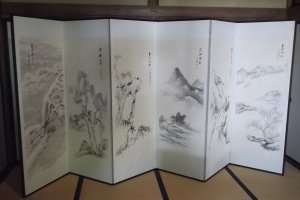 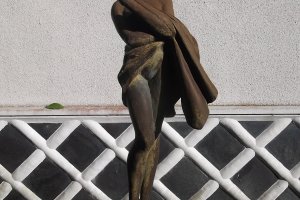 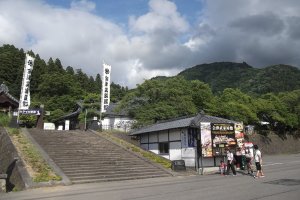 Kim a year ago
Loving that first photo!
Reply Show all 0 replies

Lynda Hogan a year ago
One of the reasons I prefer driving in Japan (except Tokyo) is being able to get to places like this. Its great that they have a sightseeing bus though. Adding it to my long list of places to go!
Reply Show all 0 replies

Elena Lisina a year ago
I still hope to visit Aizu Wakamatsu. Had to cancel the trip in summer.
Reply Show all 0 replies

Elizabeth S a year ago
The place is fascinating, isn’t it?

It spurred me to learn more about the famous inhabitants of the original house.

I stayed at Higashiyama Onsen and caught snowflakes while I was in the bath.

My trip to Aizu Wakamatsu is one of my favorite trips in Japan.
Reply Show all 0 replies

Bonson Lam a year ago
The forests around this residence are just as impressive and grand as the residence itself. Also, it is rare to see statues in a Japanese residence, let alone of a Judo practitioner.
Reply Show all 0 replies
5 comments in total