Take a relaxing stroll around this scenic herb garden

Aizu Wakamatsu has a couple of very impressive historical sights: its castle, and Aizu Bukeyashiki, a fabulous restored samurai residence. Roughly half way between the two - so you can stop off if you're walking from one to the other - is Oyaku-En, a small but attractive traditional garden, a very pleasant place to stroll around slowly and relax in.

Some history: the villa in the garden is reputed to have been built by Morihisa Ashina, a military commander of the Muromachi Era, at the site of a spring with healing powers. The traditional garden is considered a prime example of the Tokugawa Era, and a herb garden was added. Herbs from the garden are used in the tea which you can drink at the teahouse.

It's not a large place, but it does have a nice peaceful atmosphere. I arrived very early, on a cloudy day - drizzle would start falling as I left - and had it pretty much to myself. I followed the paths by the herb garden, and through the many, various trees and bushes around the pond, breathing in the fresh air deeply.

When you cross the bridge onto the little island, you'll find a small pavilion. This is a good place to stop for a few moments; you can sit and take in the scenery, unchanged in centuries, perhaps soothe your mind by watching the ducks paddle through the waters of the pond.

It's open daily from 8:30am to 5:00pm. Admission is JPY320, with discounts for school age students, and for groups of 30 or more visitors. 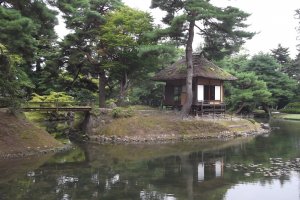 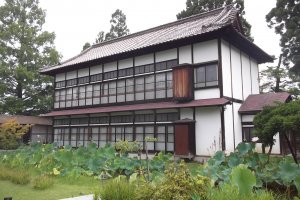 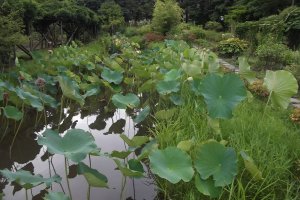 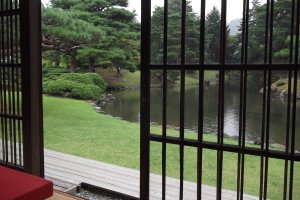 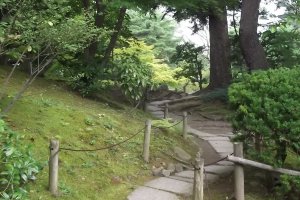 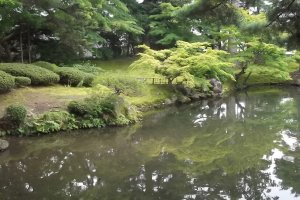 Elizabeth S a year ago
I missed it on a winter visit to Aizu Wakamatsu City. I long to go again, and this garden is on my itinerary. It looks so peaceful.
Reply Show all 0 replies

Susan Tumanon a year ago
I went to Aizu Wakamatsu three summers ago and fell in love with this place. I wish I can visit it again.
Reply Show all 0 replies

Elena Lisina a year ago
I just love deserted gardens - to sit quietly and enjoy the beauty!
Reply Show all 0 replies

Kim a year ago
The view of the pond from the teahouse looks incredible!
Reply Show all 0 replies
4 comments in total