Filled to the brim with history and culture , Taito City Ward packs so much to do within its tiny borders that an entire trip to Japan could be spent here and still have places to visit on the return visit. Home to Tokyo's oldest and most iconic temple as well as heritage oozing shrines, here is an introduction to some of the temples and shrines of Taito and how to reach them.

A 7-minute walk from Iriya Station on the Hibiya Line.

Without a doubt the most popular temple in all of Tokyo, Senso-ji Temple is a hive of worship, shopping and entertainment activity. The oldest temple in Tokyo, the famous Nakamise shopping street that leads to it is a souvenir hunter's heaven while the temple itself is a marvel of spiritual architecture.

With a heritage as old as the country itself, Torigoe Shrine boasts some of the most unique traditions in Tokyo. Home to the tondo-yaki festival where rice cakes are baked in flames fed by New Year decorations and lit by flint, the shrine's two-tiered design stems from its warrior heritage.

A 6-minute walk from Kuramae Station on the Toei Asakusa Line.

An extraordinary complex in dedication to Tokugawa Ieyasu, Ueno Toshogu Shrine was built in the early 17th-century. A nationally recognised property, the shrine itself is free to visit though a special route within its walls can be accessed for JPY500. A remarkable structure, its architecture and peony garden are a must-see.

An 8-minute walk from Ueno Station on the Hibiya or JR Yamanote lines. 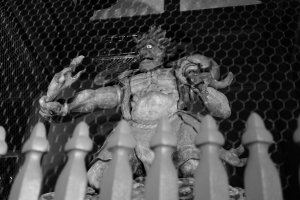 Kim 3 weeks ago
Sensoji was one of the first places I visited in Japan! Great memories from there.
Reply Show all 1 replies

Sleiman Azizi Author 2 weeks ago
I think Sensoji might be the first place for many visitors. Been there about a million times and then some :D
Reply

Elizabeth S 3 weeks ago
Sensoji has so many enchanting details. One of my favorites is the dragon on the ceiling of the handwashing pavilion. Look up when you're there.
Reply Show all 1 replies

Sleiman Azizi Author 2 weeks ago
It might be one crowded place but geez, it's interesting.
Reply

Sleiman Azizi Author 2 weeks ago
It can't be helped. Popular is popular. But it's good to know that Japan is full of places just as good as the famous ones but relatively unknown.
Reply
6 comments in total
Back to Contents