The Regional Cuisine of Chubu

A taste of the nine prefectures of Chubu

The Chubu region of Japan sits in the centre of the main Honshu island. Made up of nine prefectures - Aichi, Fukui, Gifu, Ishikawa, Nagano, Niigata, Shizuoka, Toyama and Yamanashi - the cuisine of these prefectures is characterised by its diversity. Sourced from the region's deep mountains and treasure trove coastlines, the food of Chubu features nationally recognised dishes and unique variations of common themes. Here is a quick look at some of the foods of each prefecture in the Chubu region.

Never let it be said that Japanese food lacks flavour where in Aichi prefecture, the food stands on its own as an exemplary reminder of the value of miso. Whether it is the prefecture's famously divine eel on rice or its pork cutlets, udon noodles or beef and chicken offal, miso is the wonder flavour used to give everything in Aichi a powerful depth of earthy umami flavour.

Famous for its liberal amounts of quality crab and buckwheat ingredients, Fukui prefecture is often overlooked as a culinary gem. Snow crab-topped rice and soba noodles are just a start and along with its delicately delightful sesame tofu and the strong flavouring of the prefecture's grilled mackerel, Fukui is no stranger to satisfying the Japanese taste spectrum.

The mountains of Gifu prefecture have historically been the source and inspiration for many of the region's culinary traditions. The fragrance and health properties of Gifu's indigenous magnolia leaf are put to good use here with miso again featuring strongly. Wagyu beef has a home here too while mountain chestnuts serve as the basis for Gifu's sweets.

It's hard to go past one of the country's most unique curry dishes and the succulent temptation of a hotpot dish based on fatty duck but Ishikawa prefecture does it. Deservedly famous for the quality of its seafood, Ishikawa is also known for the exoticism of its fermentation methods with yellowtail and the infamous pufferfish prepared in truly unique ways.

While its rustic rice cake is an absolute treat, Nagano prefecture is most certainly the land of buckwheat. Home to arguably the nation's best soba noodles, Nagano's famed buckwheat is also the major ingredient behind the region's hearty dumplings as well as a pre-noodle buckwheat meal that dates back to the ancient days.

Koshihikari rice may be the headliner for the foods of Niigata prefecture, but the prefecture is also famous for some character-filled local dishes. Unique variations of soba buckwheat noodles are popular here, rice cakes flavoured with mugwort are a great bite, while the prefecture's wild sweetfish dish and a soup cooked in sesame oil are both definite treats.

If the cuisine of Shizuoka prefecture is headlined by its marvelous green tea heritage, then the zesty flavouring of its wasabi influenced foods must be the prefecture's footnote. But between these tastes can be found other unique dishes like the nationally admired sweet shrimp and Shizuoka's winter hotpot dishes.

Toyama prefecture is most definitely in the debt of Toyama Bay with its marvelous array of some of Japan's finest seafood. Dishes include the region's famous trout served as a sushi pie, the exquisitely enjoyable shrimp and the glow-in-the-dark squid. Along with seafood comes Toyama's signature black ramen noodle soup, a great treat come winter time.

Wheat is a strong basis for the foods of Yamanashi prefecture. The prefecture's dumpling-style noodle is a hearty heaven and its barley-based udon noodles compete as a signature dish. Preserved abalone is a surprise standout in this landlocked region while chicken innards have been turned into a delicacy full of sweet and salty flavours. 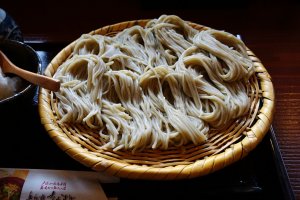 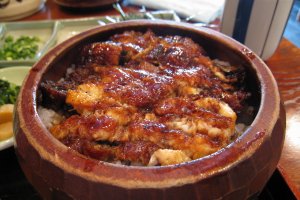 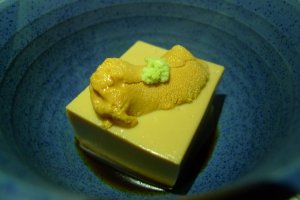 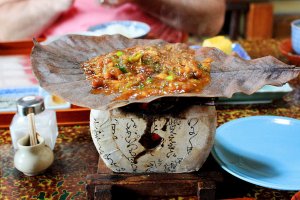 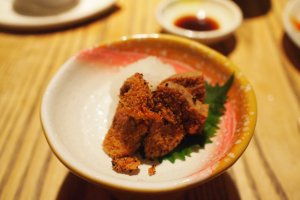 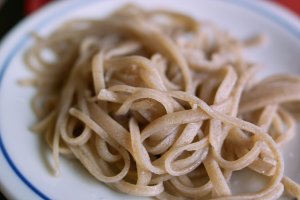 Kim 6 months ago
I always find myself trying to rank the prefectures when it comes to these posts! My vote this time is probably for Nagano!
Reply Show all 1 replies

Sleiman Azizi Author 6 months ago
It's a pretty interesting prefecture. Their ancient soba gaki dish really conjures up fascinating images for me and, of course, Shinshu soba is simply THE best.
Reply
2 comments in total
Back to Contents