The Nine Prefectures of Chubu

A quick look at the Chubu region

Making up the bulk of central Japan, the nine prefectures of the Chubu region is the mountain capital of the nation. Iconic mountains feature prominently in the life of the region. Rural at heart, Chubu is home to some of Japan's best agricultural produce, particularly fruit, tea and rice, while the area's history and cultural pedigree can be found in its many castles, feudal period villages and traditional crafts. Here is a simple guide to each of the nine prefectures of Chubu.

The samurai birthplace of Japan's last three great unifying warlords, Aichi Prefecture perfectly combines a rich cultural heritage with the demands of the modern world. The prefecture is said to be home to more temples than any other in Japan while its National Treasure-listed Inuyama Castle and the rebuilt Nagoya castle are major draws. Higashiyama Zoo & Botanical Gardens are a beautiful family day out and and Toyota, the world's largest car manufacturer, is based here.

Aichi is connected to Tokyo via the JR Tokaido Shinkansen.

A haven of history, Fukui Prefecture is filled with reminders of a rich cultural heritage. Maruoka Castle, Japan's oldest, can be found here while Japan's Warring States period comes alive through the ruins of Ichijodani Asakura. Further back in time is the Fukui Dinosaur Museum, one of the world's best. Hidden away in the mountains is the incredible Eihei-ji, one of Zen Buddhism's major temples, while Tojinbo with its stunning cliffs and seafood, has major appeal.

Fukui is connected to Tokyo via the JR Tokaido Shinkansen to Maibara and from there the JR Shirasagi Limited Express.

History and heritage thrive here in Gifu Prefecture with the World Heritage listed Shirakawa-go Village being a marvel of tradition, the battlefield of Sekigahara, where Japanese history was forever changed while Takayama, an entry point into the Japan Alps, oozes not only traditional architecture and historical ambience but some of he best hot springs in the area. One of Japan's Great Buddha statues can be found here as well as the thousand-year old tradition of cormorant fishing in Nagara River.

One of the wealthier regions of old Japan, Ishikawa Prefecture is replete with heritage as well as a dash of nature. The classical architecture of Kanazawa draws many an admirer while being surrounded by the holy peaks of Mt. Hakusan adds a touch of the divine to the relaxing going on at the hot springs of Kaga. Ishikawa's regal Kanazawa Castle and Kenroku-en, one of the top three gardens of Japan, are matched only by the artisan heritage of the prefecture's famous kutani lacquerware.

Ishikawa is connected to Tokyo via the JR Joetsu Shinkansen to Joetsu-Miyoko and from there the JR Hokuriku Shinkansen.

The roof of Japan, Nagano Prefecture is home to the absolutely stunning Japan Alps mountain range. Top-billing here is the verdant mountain wilderness of Kamikochi while heritage and history have their way with National Treasure-registered Matsumoto Castle, one of the nation's top original castles, and the feudal-era villages of Kiso Valley. Karuizawa in summer is especially inviting while Hakuba is the prefecture's very own snow country.

Nagano is connected to Tokyo via the JR Joetsu Shinkansen.

Famed for its winters sports and nationally loved Koshi Hikari rice, Niigata Prefecture combines some of the nation's most spectacular annual events like the Fuji Rock Festival and the top three fireworks of Nagaoka Festival with the rustic remoteness of Sado Island and its Edo period gold mine and classical Noh theatre heritage. The terraced rice fields and snow culture of Tokamachi are another hidden charm of the prefecture.

Niigata is connected to Tokyo via the JR Joetsu Shinkansen.

Shizuoka Prefecture may be one of Japan's most symbolic prefectures. Home to the nation's symbols of symbols, the iconic Mt. Fuji, the prefecture takes time to include the many coastlines of Izu Peninsula, the renowned hot springs of Atami, historical reminders like Hamamatsu Castle and the rich tea plantations beloved throughout the country. The dreamlike pine trees of Miho no Matsubara are matched by the equally magical Shiraito Falls, adding to the beauty of this popular prefecture.

Shizuoka is connected to Tokyo via the JR Tokaido Shinkansen.

Blessed with mountains upon mountains, the outdoor beauty of Toyama Prefecture may very well reach its peak with the holy Tateyama Mountain range and the extraordinary ten-metre snow walls of Tateyama Kurobe Alpine Route. Kurobe Dam is the largest in the nation while beyond the rugged peaks lies the National Treasure-listed Zuiryu-ji Temple and the nostalgic Gokayama, one of Japan's World Heritage-listed feudal villages.

Toyama is connected to Tokyo via the JR Joetsu Shinkansen to Joetsu-Miyoko and from there the JR Hokuriku Shinkansen.

Fruit heaven, Yamanashi Prefecture grows some of the best peaches and grapes in the country. Anchored by the iconic Mt. Fuji, the prefecture is also home to nation's scariest haunted house at the marvellously thrilling Fuji-Q Highland theme park. Landlocked though it may be, Yamanashi is also home to the Fuji Five Lakes, one of the top water spots in the country with stunning views of its namesake mountain. Kofu Castle is a reminder of the area's pedigree along with the beautiful Erin-ji Temple.

Yamanashi is connected to Tokyo via the JR Chuo Line Limited Express. 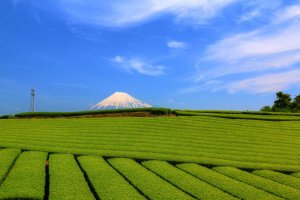 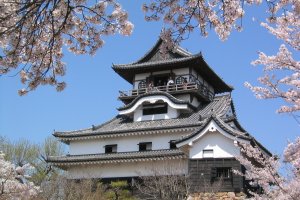 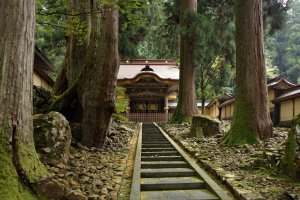 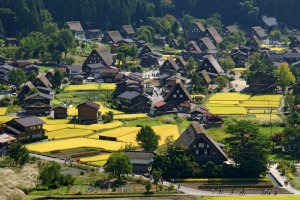 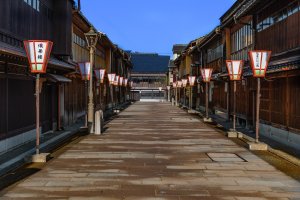 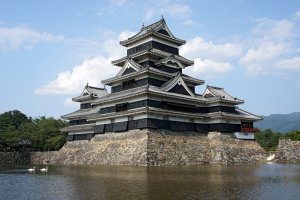 Sander van Werkhoven a week ago
This is just too much to be one region :-)

The Hokuriku area, the Alps and the more urbanized yet still beautiful Tokai area, all feel so very different. And all have a lot to offer and are pretty easy to travel to. I feel many travellers more or less skip this area while taking the shinkansen straight from Tokyo to Kyoto, not knowing about all of the somewhat hidden gems Chubu has to offer. And even those who do visit the area seem to focus on just a few cities.

But how many (non-Japanese) tourists visit Izu-hanto? Tojinbo? Gujo-Hachiman? Even major cities like Shizuoka and Hamamatsu are usually overlooked, while both have some of the best festivals in Japan. It's a bit sad, but at the same time a blessing...
Reply Show all 1 replies

Sleiman Azizi Author a week ago
Call me greedy but a blessing it is, me thinks. No hordes, just people. That is not a bad thing.
Reply

Elena Lisina a week ago
This is great route for tourists (and my favorite as it's apart of big cities)! :)
Reply Show all 1 replies

Sleiman Azizi Author a week ago
It's a fascinating region. Extraordinarily beautiful too.
Reply

Kim B a week ago
Those mountain views...the best!
Reply Show all 1 replies

Sleiman Azizi Author a week ago
Stunning, right?
Reply
6 comments in total
Back to Contents