Places to visit along the leaf green line

The Toei Shinjuku Line runs from Shinjuku in central Tokyo all the way to Motoyawata in Chiba Prefecture. The leaf green line is Tokyo's third busiest subway line and features twenty-one stations. Cutting straight through central Tokyo, the line provides easy access from one side of the capital to the other. Here is a simple guide to the line's stations and places to visit along the way.

Shinjuku station offers access to almost anything a visitor could ask for, including the popular sushi train chain restaurant, Ganzosushi. Shinjuku-sanchome station takes Japanese movie fans to Shinjuku Wald 9 cinemas while Akebonobashi station is home to museums like the Fishing Culture Museum and the Shinjuku Historical Museum.

Ichigaya station is right by the Ichigaya Fishing Centre where even beginners can fish, Kudanshita station takes you to the expansive Kitanomaru Park and its child-friendly Science Museum while Jimbocho station is home to the Hara Shobo Japanese Ukiyo-e Prints store.

Ogawamachi station is great for ramen lovers with its access to the extremely popular Tsukemen Tsujita dipping noodles bar. Iwamotocho station will take you to Yanagimori Shrine and the city recognised Ebihara Shoten building while Bakuro-yokoyama station is home to the local performing arts theatre, AQUAstudio.

Along the banks of Sumida River, Hamacho station provides immediate access to Hamacho Park, its camping ground and Seishoko-ji Temple. Morishita station is home to the lovely Basho Memorial Hall while Kikukawa station is close to the tiny 11-seat counter Sushi Sen bar.

Along with Sarue Onshi Park, Sumiyoshi station is close to Sarue Shrine and Jugan-ji Temple. Nishi-ojima station will take you to Oshima Atago Shrine while Ojima station has a number of public spaces like Oshima Yonchome Park with children's play equipment.

Higashi-ojima station is right by the expansive Ojima Komatsugawa Riverside Park and its BBQ and play areas along the Arakawa River. Across from the river, Funabori station is not far from the Honen-ji Buddhist Temple while Ichinoe station is close to Shinnaka River. 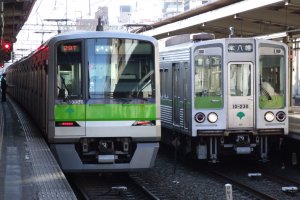 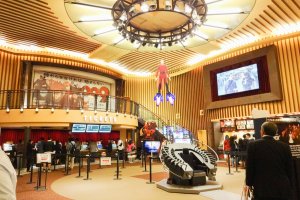 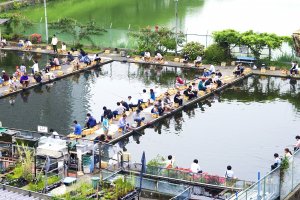 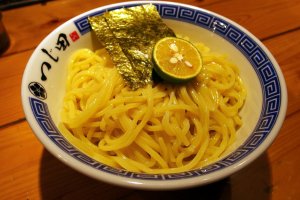 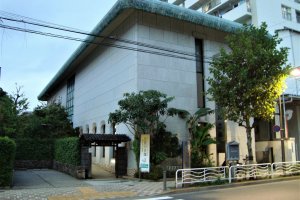 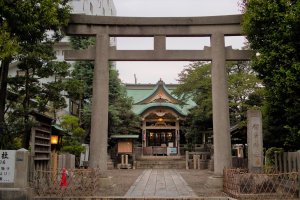 Elizabeth S 2 weeks ago
The fishing center! I've spied it from the train. The rowboats at the tiny pier there look like fun, too.
Reply Show all 0 replies

Sherilyn Siy 2 weeks ago
Thank you for cross referencing Tsujita. It is, hands down, THE best tsukemen. We've tried so many places but always go back to Tsujita when we crave tsukemen (we suspect it has to do the citrus you squeeze into it).
Reply Show all 2 replies

Sleiman Azizi Author 2 weeks ago
Always willing to support good tsukemen. For anyone interested, the store I referred to in my article is the Kanda Ochanomizu store, just outside the A7 Exit of Ogawamachi station
Reply

Sherilyn Siy 2 weeks ago
Yes, that's right, there are several branches I believe.
Reply
5 comments in total
Back to Contents