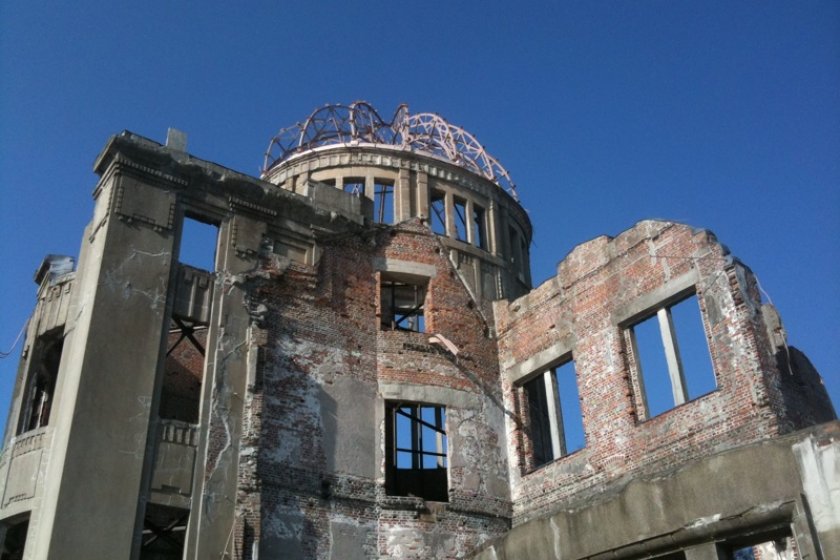 Symbol of both horror and peace

A programme of preservation works continues from Sept 2020 until Mar 2021, though it is not expected to result in major scaffolding or disrupted views / Source

The iconic remains of the Hiroshima Prefectural Industrial Promotion Hall, now known as the Hiroshima A-Bomb Dome (原爆ドーム), have become a symbol of both the horror of nuclear war and the hope for peace.

Designed by Czech architect, Jan Letzel, the building, originally named the Hiroshima Prefectural Commercial Exhibition Hall was completed and opened to the public in April 1915. It was opened formally to the public in August that year. It was an impressive building, unabashedly European in design, located in the middle of a bustling part of town on the banks of the Motoyasu River which was plied by pleasure boats.

Located just a stone’s throw from the T-shaped Aioi Bridge, which served as the target for the pilots of the Enola Gay on August 6, 1945, the A-bomb exploded almost directly above the building and, although all 30 people inside at the time were killed instantly, it is thought that this explains why the central section under the dome remained standing.

Initially scheduled to be demolished with the rest of the ruins, these plans were delayed and Hiroshima was rebuilt around the dome and opinions on what to do with site were divided with some locals wanting it torn down, while others wanted to preserve it as a memorial of the bombing.

In 1966, Hiroshima City determined to preserve the A-bomb Dome indefinitely and solicited funds from within Japan and overseas. To date, the A-bomb Dome has undergone two preservation projects.

Despite opposition from China and the US, in December 1996 the A-Bomb Dome was registered on the UNESCO World Heritage List based on the Convention for the Protection of the World Cultural and Natural Heritage.

“As a historical witness that conveys the disaster of the first atomic bombing in history, and as a symbol of the vow to pursue the abolition of nuclear weapons and enduring peace”.

It is also a major tourist spot and it is not uncommon for the area around the building to be crowded with visitors from all over Japan and all around world snapping shots of the wangled iron frame and crumbling concrete, or smiling for pictures with it as a backdrop. The atmosphere can sometimes be quite at odds with what the memorial symbolizes. You will also often find dedicated volunteer guides around the monument, who are keen to tell you more about the bombing. It can be tough to listen to, but they are well worth taking the time to listen to.

The A-bomb Dome is also a focal point in the design of the Peace Memorial Park, lying directly on architect Kenzo Tange’s “Peace Line” which dissects the park, cutting directly though the cenotaph and peace flame through to the center of the Peace Memorial Museum, and is often used as a backdrop to (generally) quiet protests and vigils by peace and anti-nuclear activists and to regular open-air music concerts held on the opposite bank of the river. 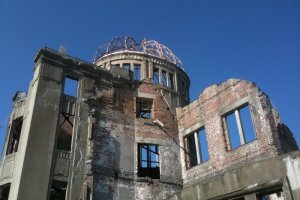 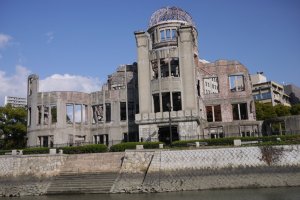 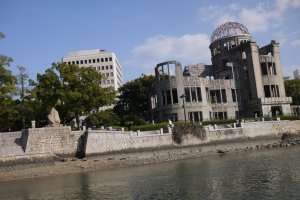