The Secret Spots of Setouchi

Travelling through niche towns in Hiroshima and Okayama

If you are planning a trip to Hiroshima City which is definitely worth a visit on its own, did you know that there are several nearby towns rich in tradition and niche culture for a more local experience. It wasn’t until I was invited to attend one of the festivals in the area that I decided to make a long weekend trip out of it and explore the greater area known as Setouchi. So if you are going to be travelling in the area make sure to add these stopovers to your list.

Setouchi is the name of the geographic coastal area of the Seto Inland Sea including prefectures like Hiroshima and Okayama. The towns I had on my itinerary were Saijo (because of the festival), Onomichi, and Kurashiki. My trip started off with me flying into Hiroshima Airport, however, the area is also easily accessible by using a combination of the JR Shinkansen and local trains.

First on the itinerary was a stopover in a town called Saijo, not to be confused with the same town in Ehime, this one is about a 40-minute train ride from Hiroshima City. I was meeting up with friends for the Saijo Sake Festival, an annual festival held on the second weekend of October. The town of Saijo is renowned for its production of quality sake and has eight breweries each with their own red brick chimney that towers over the town. Seven of the breweries are located within walking distance from the train station within the town’s historic district. As it was during the festival weekend, the streets were filled with excitement, food stalls, music, and of course overflowing amounts of sake.

While the atmosphere of the festival itself was exciting enough, you cannot go to Saijo without actually doing a brewery tour. My friend recommended me to visit Kamotsuru Brewery, a brewery with a long history that dates back to the Edo Period where it was said to be the sake of choice for the feudal lords. It is notable across Japan for its high quality and traditional brewing methods, leading them to win gold medals year after year in national sake competitions. It is so famous that when Prime Minister Abe hosted former U.S. President Obama during his visit to Japan, it was the sake of choice for their meal.

On the tour they explained why Saijo is a prime place for sake production; sake is produced through a fermentation process where rice and water are essential. The area around Saijo has some of the freshest and ideal components of water sourced nearby, which is the magic for producing top-quality and flavorful sake.

While I am not much of a sake connoisseur, I did take a liking to one of the brands they had available during the tasting, and bought a bottle as a souvenir to take back home. In fact, from October of this year a new tax exemption on Japanese sake was introduced that allows tax free purchases on Japanese alcohol purchased directly from officially approved tax free breweries and wineries if you spend 5,000 JPY or more. After the brewery tour, I went back into the streets for more festival fun, finishing up in an area called Sake Hiroba where 2,100 JPY on the day or 1,600 JPY in advance will get you into a closed-in park area that offers unlimited sake tasting from regions all over Japan.

Instead of staying the night in Saijo, I had a place already booked in the port town of Onomichi about one hour by train away. I arrived in Onomichi just in time for dinner, ramen, obviously, since Onomichi is pretty famous for its ramen! Onomichi ramen is characterized by its soy sauce base and flat noodles, and it really hit the spot especially after having spent the majority of the day downing sake.

In the morning, I headed inside the Yamate District, an area that takes you up a hillside along narrow alleys and stairs where you can discover temples, traditional inns, and quirky cafes tucked into the hillside. Make sure to keep an eye out for the many cats that casually stroll the area as well. At the top of the hill is Senkō-ji Temple, at one of the highest points it offers some of the best views overlooking the town. Including Senkō-ji Temple, there are a total of 25 historic temples that you can visit along what is called the Temple Walk.

One of the most unique points about Onomichi is the Shimanami Kaido, a 70 km cycling and pedestrian route that passes across six islands of the Seto Inland Sea, starting in Onomichi and ending in the town of Imabari on the island of Shikoku. If you have additional time in your itinerary there are many places in town where you can rent a cycle by the day to take the journey.

The next day I took an early morning train out of Onomichi (Hiroshima) and into the neighboring prefecture of Okayama to a town called Kurashiki, known for its Bikan Historical Quarter. In the 1700s the Bikan Historical Quarter was a district for merchants, the namako-style walled buildings line the paths along the canal which was once used for transporting goods, but nowadays the canal creates a picturesque scenery and provides old-fashioned boat rides at 500 JPY.

There are shops where you can rent a kimono for the day to stroll the streets with a bit of style. With Kurashiki being located in Okayama Prefecture and near to the town of Kojima where denim was introduced to Japan, they even offer a rare denim kimono for rent. The prefecture is also known for its red-colored glazed pottery called bizen-yaki, so you can find many shops selling its wares. In addition, you will find in Kurashiki souvenir shops, restaurants, and museums making it a lovely place to spend an afternoon.

From Kurashiki it is quite easy to get a JR Shinkansen from Okayama Station or there is even an airport in Okayama that can take you to your next destination. 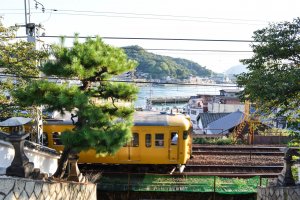 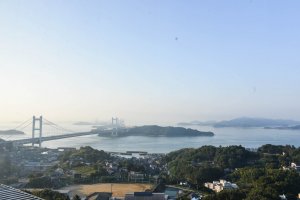 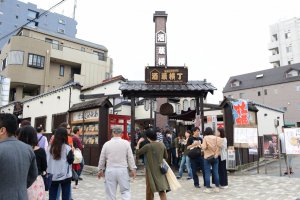 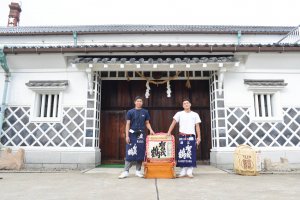 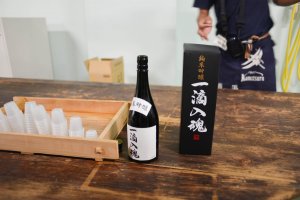 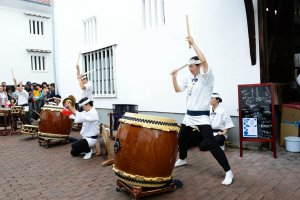