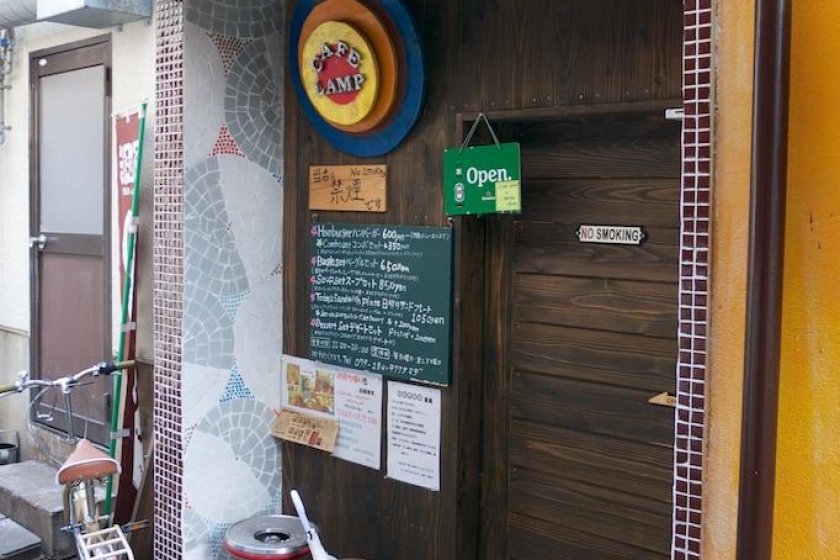 Where the buns make the burger

Dining out can be intimidating for travelers in Japan, especially for those who are "picture only" readers of Japanese. Many people give up trying to muster the courage to poke their heads under the sign curtain hanging in front of shops and instead head for the comfort of the golden arches. This is regretful because Japan has some of the best food in the world to offer. Japan's interpretation of foreign food is definitely worth trying. If you are hungry in Himeji, skip the Big Mac and treat yourself to a quality Japanese version of a classic American hamburger at Cafe Lamp.

Cafe Lamp is the sister shop to the original Bakery Lamp. In fact, the entrance to the cafe is down an alleyway just around the corner from the bakery. It may be hard to find, so if you end up at the bakery, say "burger" and the staff will point you the right way.

Freshly made buns are what set their burgers apart, as you would expect from a burger joint born from a bakery. Hamburger restaurants often fail to consider the best compliment when it comes to choosing what to sandwich their patties between. Cafe Lamp's burger buns are perfectly brown and crisp on the outside, soft and flaky on the inside. They don't detract from the flavor of the meat, don't grow soggy, and add a nice texture to each bite.

My husband and I decided to stop in after an expat friend of ours from the United States recommended Cafe Lamp. Many of us living outside the United States become homesick for American cuisine from time to time. Being from cattle country myself, I can get pretty excited about a good burger. We were especially intrigued when our friend told us that the owner had lived briefly in California near Yosemite National Park. He also told us that if the owner was around he might be willing to take special requests. The last time our friend visited, he was craving chili-cheese fries which the owner happily accommodated.

As it turns out, the owner was busy in the bakery the day we went, so we weren't able to feast on chili-cheese fries. The menu was filled with bagels, sandwiches, soup, hot dogs, and other American fare, but we ordered a cheeseburger, bacon burger with an egg, an order of fries, and a cherry cola.

Our young server brought out our matchstick fries first with a side of vinegar ketchup. The fries were fine, but I personally prefer either unadulterated ketchup or what my husband (and the comedian Will Ferrell) call "fancy sauce", which is ketchup mixed with a little mayo. (If you have never tried this, you should!) I sipped my cherry coke through a red straw while my husband made fancy sauce, and we waited for our burgers. It felt very nostalgic. When the burgers finally came, they were big, juicy and wrapped in wax paper. My cheeseburger tasted much like a standard burger from back home but with a nicer bun. My husband agreed. They were not the best burgers we've ever had, but they were pretty darn good.

Cafe Lamp is conveniently located, reasonably priced (from ￥1,000 to ¥2,000), and has tasty American food. It is about an 8 minute walk from Himeji Station just off the main road that leads to Himeji Castle. If you find yourself frustrated with where to eat, don't look for the arches; look for a quality American burger experience at Cafe Lamp. 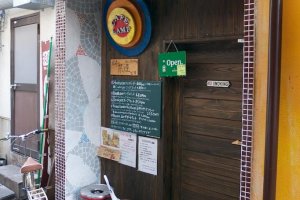 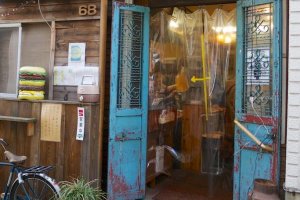 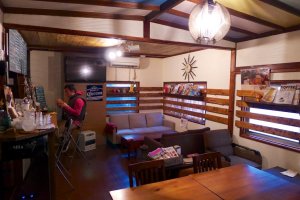 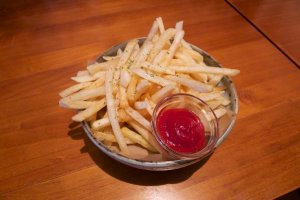 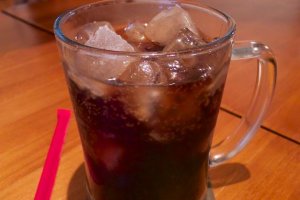 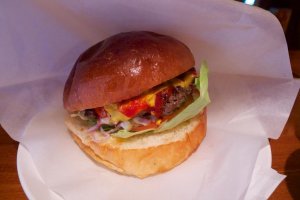