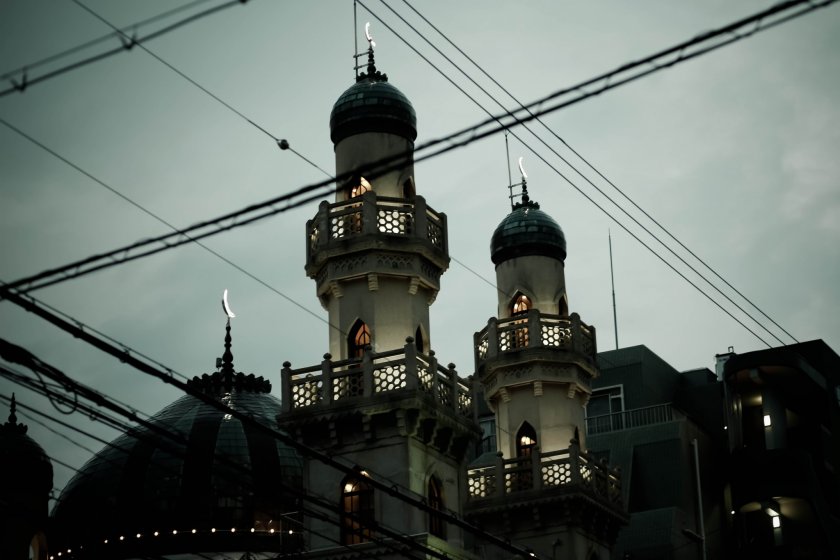 Kobe Muslim mosque is the first mosque built in Japan in 1935. It is located in Nakayamate Dori in Chuo-ku, a 10-minute walk from Motomachi station in Kobe.

The mosque's exterior reminds of old traditional minarets (minars). The interior is beautiful too, with its white marble walls and golden paintings. It is a three-storied building constructed in a very distinctive architectural way, consisting of a base, a shaft and a gallery. The base is used as a prayer hall for men on the first floor. The shaft is the second floor used as prayer hall for women, whereas the gallery is commonly used to give a call to prayer. The mosque was built in traditional Turkish style by the Czech architect Jan Josef Švagr who is also known for having built several other religious buildings in Japan.

During the Second World War, Kobe was destroyed to the ground. However, the shocking fact is that the mosque was still standing erect whereas every building surrounding the mosque was completely demolished. There were only few cracks on the outer walls of the mosque and the glass windows were broken.

During the Great Hanshin earthquake in 1995, also known to be one of the worst earthquakes in Japan, Kobe was devastated again. The earthquake caused major damage to Kobe, but the Kobe mosque was still standing strong and upright.

I had a long interesting conversation with Ahsan-san, the General Secretary of the Kobe Muslim mosque, about the history and facts of the mosque. He was kind enough to share a copy of the Muslim mosque’s first annual report from the year 1935-36 which contains old pictures of the mosque when it was built, the initial donations received with the name of the donors and their photographs, and a message by Kobe’s Mayor Ginjiro Katsuda congratulating the committee for the opening of the first mosque in Japan.

If you are interested in historical sites, mosques, or if you want to learn about different cultures then you must visit the Kobe Muslim mosque, and meet Ahsan-san who will tell you more stories about the mosque in person.

There are still ongoing arguments online and amongst the archeologists regarding the reason behind the mosque still standing erect after the Second World War and the earthquake. Is it a miracle or mere a good construction with a strong foundation? Well, I think maybe we are yet to know the answer.

A travelaholic and a photographer, I believe that travel broadens one's view towards the world. Experiencing other cultures, meeting new people from other communities and other countries, exploring new places is something that inspires me everyday. 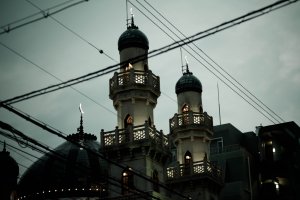 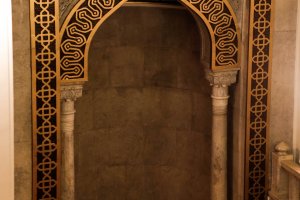 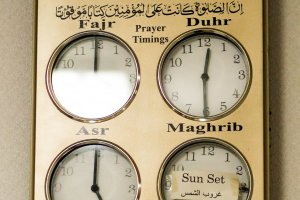 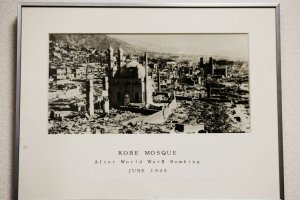 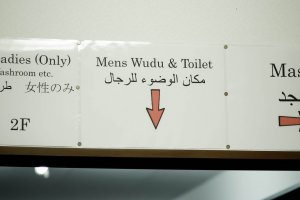 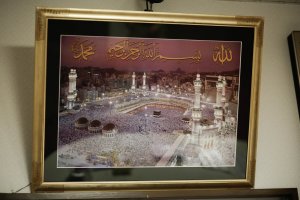 Nicole Bauer 6 years ago
@Sasa: Thanks for picking this up. The wording is misleading and we have corrected it; no atomic bomb in Kobe of course—fortunately! Thanks again.
Reply Show all 0 replies

Read your article about the first mosque that still standing erect until now make me more and more want to pray on the place. Someday (maybe this years, in shaa Allah) while i visit Japan, i will visit Kobe too :)
Thanks for information about mosque in Japan :)

Sasa Jancikic 6 years ago
What atomic bombing of Kobe??
Because you say:
" It is believed that the soldiers who were in the basement of the mosque were the ones who survived the atomic bombings. "
Reply Show all 0 replies
3 comments in total