The White Heron Castle of Himeji

Travel back in time in this beautiful original castle

Japan certainly has many castles, but while many of them are beautiful, few can boast original architecture. Most Japanese castles that can be visited today were reconstructed, with the original structure destroyed from natural disasters, fires and wars. In fact, there are only 12 original castles remaining throughout Japan. Among these, Himeji Castle in Hyogo Prefecture is, for good reason, one of the most famous.

Himeji Castle as it can be enjoyed today was originally completed in 1609, though fortifications in the area date back as far as the 1300s. Known sometimes as the “White Heron Castle” due to its unique white exterior, this hilltop castle can be seen from various spots throughout the city, standing with pride as a monument to days gone by.

As it happens, “days gone by” is exactly what you will experience during a visit to Himeji Castle. Between the scent of ancient wood and the breeze blowing through castle windows, it’s natural to imagine what life was like here centuries ago. For the warrior in each of us, dozens of archery ports and hidden compartments lead the mind to epic battles taking place in and around the castle walls. The breath of history can be felt throughout the corridors, inviting visitors to travel back in time at every turn.

The history doesn’t rest only within the main keep however. One of the most impressive aspects of Himeji Castle is the extensive network of baileys which surround it. The west bailey in particular, which housed the princess, shares its own sense of the castle’s history. There are multiple rooms throughout this bailey, many of which can be entered and explored. Additionally, due to its separation from the main keep, this area tends to be less crowded, affording guests a better opportunity to take in the beauty and imagine the lives of those who lived here.

Even for those not enamored by history, Himeji Castle has much to offer, with incredible scenery throughout the year. The castle itself is six stories tall, and while it takes some effort to reach the top, it’s worth it. With views of the Himeji area in all directions, it’s easy to understand why clan rulers would choose this spot for fortification. The castle has also been recently renovated (ongoing in certain areas), restoring some of its former glory and making it all the more picturesque.

Outside the castle, there is another kind of beauty all its own. Cherry blossom trees are scattered throughout the area, and in the spring they explode with color, mixing perfectly with the brilliant white of the castle. In the summer, fresh green leaves and flowers can be seen; in the fall, foliage takes the stage with yellow ginkgo trees and red Japanese maples. On most evenings, the castle is illuminated, giving it a special kind of night time beauty and prominence. Put simply - no matter when you visit, Himeji Castle is dressed to impress.

One could go on about just how impressive Himeji Castle is. The beauty and the history are inspiring to say the least. There is so much to see and learn, and it is a special experience to walk the ancient grounds of such a famous and important part of Japanese history. That experience will, of course, be different for everyone. But there’s no doubt it is an experience worth having.

Find out more about Himeji Castle. 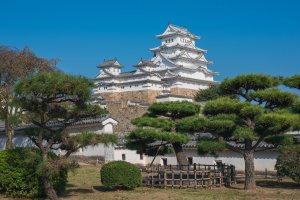 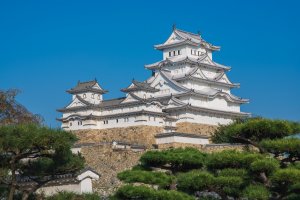 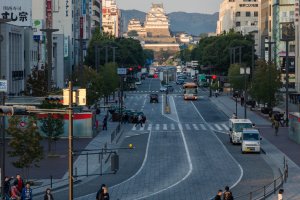 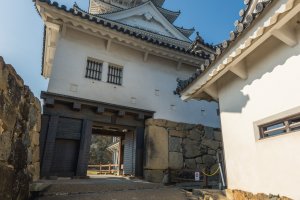 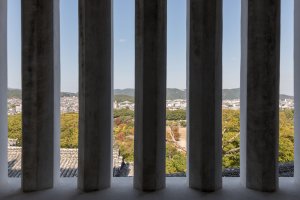 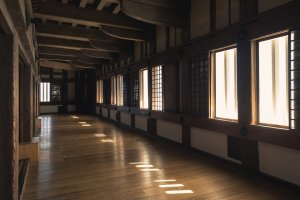 Melissa Hill 3 years ago
Nice article! Himeji Castle is a great first castle visit for many tourists to Japan. Totally worth the trip outside of "normal" travel courses like Osaka and Kyoto.
I love how the castle looms up over the horizon when you're walking towards it from the JR Station.
Reply Show all 0 replies

Terrie Lloyd 5 years ago
Love the slotted window view to the grounds below. Really gives you a sense of the atmosphere of the place.
Reply Show all 1 replies

Leslie Taylor Author 5 years ago
Thank you! That's my goal any time I'm taking photos, especially at historic locations like Himeji Castle, so it's nice to hear when I'm successful. :)
Reply

Leslie Taylor Author 5 years ago
It definitely is. One of Japan's great treasures!
Reply

Leslie Taylor Author 6 years ago
Thanks so much :)
Reply
8 comments in total