Ibaraki: Top 10 Things to Do

Exploring the best that Ibaraki has to offer

Ibaraki prefecture is located north-east of Tokyo in the Kanto region. With large rural and agricultural areas, Ibaraki still has a number of famous sites dotted around the prefecture, including a number of beautiful natural environments, including one of the Three Great Gardens of Japan, one of the Three Great Waterfalls of Japan and the second largest lake in Japan at Kasumigaura.

Read on for our top sights in Ibaraki:

One of the most famous gardens in Japan, Mito's Kairaku-en (偕楽園) is one of the Three Great Gardens of Japan (alongside Okayama's Koraku-en and Ishikawa's Kenroku-en).

It is especially worth making a trip during the plum blossom season in February and March. This garden 'for everyone's pleasure' (as the name translates) is located not far from Mito Station.

The Ushiku Daibutsu (牛久大仏) is a 120m tall statue of Amitabha Buddha in central Ibaraki and one of the tallest statues in the world.

Given its size, you shouldn't be surprised to learn you can actually enter inside the statue and take an elevator up to an observation deck with glorious, expansive views of the surrounding countryside. Visitors can then take their time going back down around a museum that spreads across 4 floors.

Tsukuba Science City houses a large number of institutions and research facilities, not to mention Tsukuba University and this space centre.

As an introduction to the look and feel of Tsukuba's scientific community, JAXA's Tsukuba Space Centre (TKSC) makes for a good introduction and represents the centre of Japan's space network, being the leading research and development facility in the country. They offer numerous tours for visitors to enjoy.

Kiuchi is a small brewery in Naka, Ibaraki, that produces a variety of beers and sake.

They are most famous for their Hitachino Nest brand of beer, but started out making a name for themselves from their Kikusakari Sake product. A 'Brew on Premises' experience can be booked in advance, allowing groups to make their own original ale.

Kiuchi Brewery in east Ibaraki is the home of acclaimed craft beer brand, Hitachino Nest. In reality the brewery started out producing..

Located in Hitachinaka along the eastern coast, Hitachi Seaside Park features an incredible range of flower displays and activities across its 190 hectares.

Over anything else, the most identifiable area here is the sprawling fields and hill covered with kochia ('bassia'), which turn red or green depending on the season.

Located in the town of Daigo, Fukuroda Falls is a 120m high waterfall at the source of the Taki River, and ranked third in the Three Great Waterfalls of Japan behind Kegon and Nachi.

The falls break at several different levels, with multiple viewing platforms providing different angles to view them. In winter, they are even known to freeze.

Yuki-Tsumugi is a silk-weaving technique which has been on the UNESCO Representative List of the Intangible Cultural Heritage of Humanity since 1956.

Tsumugi no Yakata makes for a good introduction, but there are lots of craftsmen still operating this traditional craft in the areas around Yuki and neighbouring Oyama. The October festival of Yuiichi is one of the best times to discover Yuki's local craft culture.

From its legendary beginnings in the mists of time, the legacy of silk-weaving has been passed down from generation to generation..

The Aquaworld aquarium is one of Japan's largest, and features around 68,000 sea creatures, including 48 species of shark. Dolphin and seal shows are held several times per day, as well as some other interactive events.

This entry should also serve to include Oarai's wider marine, sealife culture, ranging from the seaside markets selling fresh fish caught from the sea, to the Mentai Park theme park/museum which explains all you need to know about one of Japan's favourite ingredients, mentai (​marinated roe of pollock/cod).

One of the world's biggest shark collections, daily dolphin shows, and marine fun for all ages on Oarai's beautiful coast...

At 877m Tsukuba-san may not be one of the highest mountains in Japan, but it made the famous list of Hyakumeizan (One Hundred Mountains of Japan) and is well-known amongst hikers.

Perhaps a subjective choice, Cafe la Famille is a hidden gem of a French cuisine restaurant tucked away in Yuki city, but well-known in the local community.

Best known for its Breton-style galette, Cafe la Famille has a diverse menu for guests to enjoy, surrounded by the perfect rustic, almost-southern France setting.

If you have a chance to visit Ibaraki, do consider checking out these places!

Ibaraki enjoys good access to Tokyo via both the Tsukuba Express (Tsukuba to Akihabara), the JR Joban Line (connecting Tsuchiura/Mito to Ueno/Shinagawa) and the Shonan-Shinjuku Line/Utsunomiya Line (Koga to Shibuya). 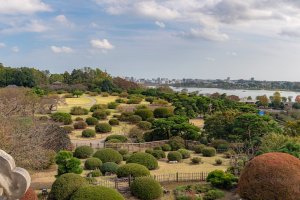 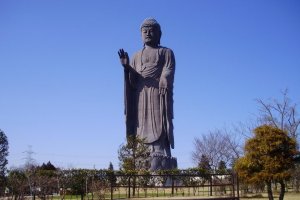 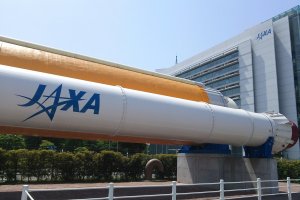 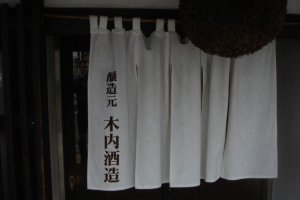 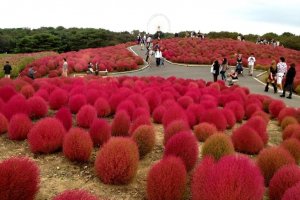 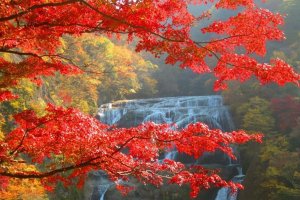 Geraldine Buergel a year ago
That buddha statue sure looks impressive! My list of places to go just got a little longer, thank you for the inspiration.
Reply Show all 0 replies

Elena Lisina 4 years ago
Yes, they all seems interesting! Thanks! I've visited only two of those places - Hitachi Seaside park and Kairakuen, both in May.
Reply Show all 0 replies
2 comments in total