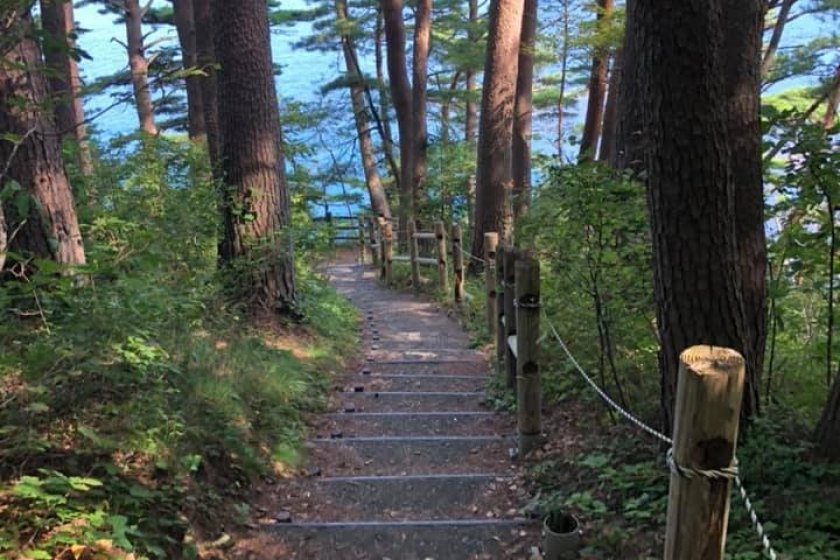 Getting a taste of what's on offer in one of Japan's remotest regions.

The beautiful stretch of forest on the way to Jodogahama Beach

Almost ten years ago, Tohoku suffered the strongest earthquake in its recorded history. The world watched and gasped at images of the devastation, but soon the media attention died down and people across started to forget.

As a travel journalist, I became curious about recovery and used various search engines to discover more. This is when I first found out about the Michinoku Coastal Trail: a newly opened, 1,000 kms hiking trail along the pacific coast through Tohoku, to support long term recovery, by encouraging tourists to the region.

I felt compelled to visit and arrived in Tohoku in September 2019.

Now a lot of my friends thought I was crazy heading to a remote and almost unheard-of part of Japan to hike through (what they considered to be) a disaster zone. But Tohoku is nothing like that. There is of course evidence of what happened there but walking along the trail offered me the rare chance to connect with nature and the natural beauty all around me.

The Michinoku Coastal Trail started when Yusuke Sakuraba, the Chief of the Ministry of Environment hiked the first 750 kms of the trail with his son strapped to his back. He kept returning to the coastline at weekends and continued to hike the route until he had marked it.

The full 1,000 kms, from Hachinohe in the Aomori Prefecture to Soma in Fukushima, opened in June 2019.

My journey began on the approach to the Jodogahama Beach where I hiked the red pine forest paths, shaped by large roots rising out of the forests soil, on my advance to find the cliffs ‘the Alps of the Sea,’ that made Jodogahama famous. The deep forests stretched around me, and I was left with only the sounds of my footsteps crunching on undergrowth and wildlife scampering for company. I managed to catch sight of a Japanese serow (goat-antelope). Its shaggy black hair made it look larger than its estimated 40 kgs weight. The animal is a national icon of Japan and is subject to protection. Once it left, it took me a further twenty minutes of relative hiking to reach the tops of the immense 200 metres high cliffs.

I walked the coastal path along the top of the cliffs for several kilometres and at every turn I was compensated by something more striking than before, including intense sea caves, a sharp coastline stretching for kilometres, a beautiful blue coloured ocean and the Jodogahama rocks that have been shaped by the elements and molded into melodramatic figures.

They were encircled by black-tailed gulls with yellow legs and a red and black spot at the end of the bill, as well as shearwaters flying adjacent to the ocean. Every time one of them dived into the waves, they returned with fish to consume on top of the cliff edges. A disagreement broke out between a group of gulls and a shearwater, but the shearwater refused to hand over its fish.

The afternoon was humid, but the light sea breeze and combined smells of the salty air, seaweed and zostera seagrass aided cooler temperatures that was perfect for an afternoon hike on top of the cliffs (13 kms) to the Ryusendo Cave, further along the Sanriku coastal path near the town of Iwaizumi.

The series of winding passageways were cool and sheltered, and home to many bats. At the end of the tunnels, I was surprised to find a restaurant and shops and a Japanese family feeding a group of hungry black-tailed gulls. It was the first structure and sign of human life that I’d seen, apart from infrequent lighthouses on the cliff top paths.

The following morning, I continued to the Goishi section of the Sanriku coast and hiked for eight kilometres along cliff tops and beautiful beaches that were covered in smooth black stones. The sounds of the stones being shaken by the waves reminded me of a game that I played as a child with marbles.

Back on higher ground, numerous observation decks provided views of the waves crashing aggressively into the rocky sections of the coastline. As the waves collided into the Kaminari iwa rocks it made a thunderous roar.

It is here that I met a group of hikers from the US hiking 300 kms of the Michinoku Coastal Trail. They enthusiastically told me about the generosity of the people they’d met along the trail. They were invited into people’s homes to drink, eat and sleep for the night, and most importantly to share stories.

From the people I met, it seems as if everyone wants to give back in some way to the international community that helped them ten years ago. Opening their front doors is one of them.

Although this was just a taste of the Michinoku Coastal Trail, I am planning to return twice this year, the first time with a filmmaker to shoot a documentary about the MCT and the second to hike the entire trail, over 40 days to write a book about Tohoku and my adventures.

I have just launched a fundraising campaign to raise funds for the documentary. I’d really appreciate it if you can take a look: https://www.kickstarter.com/projects/mctdocumentary/tohoku-recovery-in-action?ref=2dpv0a

I am a UK based Travel Journalist and Writer, specialising in the great outdoors, sustainable travel and community initiatives. 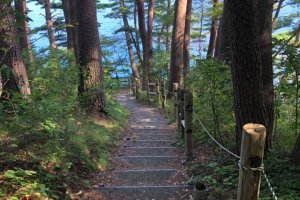 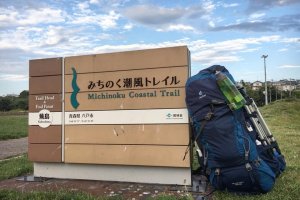 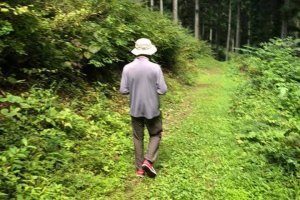 Alena Eckelmann a year ago
Do you know that the Michinoku Coastal Trail was a Finalist in the "Best Wider World Tourism Project" category at the BGTW (British Guild of Travel Writers)'s 2020 International Tourism Awards?
Reply Show all 1 replies

James Clark Author a year ago
Yes, I do. I'm so happy the MCT is starting to get recognised internationally.
Reply

Alena Eckelmann a year ago
I walked a short part of the trail near Kamaishi in late autumn last year. The scenery was stunning.
Reply Show all 0 replies

Sleiman Azizi a year ago
Somewhere in here is a feel-good story just waiting to be read...
Reply Show all 2 replies

James Clark Author a year ago
It's coming lol.
Reply

Malcome Larcens a year ago
A great place to visit and hike. I have been going to the Sanriku Coast for about 15 years now. There are so many hidden gems along the way.
Reply Show all 1 replies

James Clark Author a year ago
It's a beautiful part of Japan Malcome. Perhaps you'd like to join me hiking.
Reply

Sébastien Duval a year ago
Thanks for sharing your experience, James! Good luck with your trips and fundraising... and let us know when you come 😊
Reply Show all 1 replies

James Clark Author a year ago
I will for sure.
Reply
16 comments in total