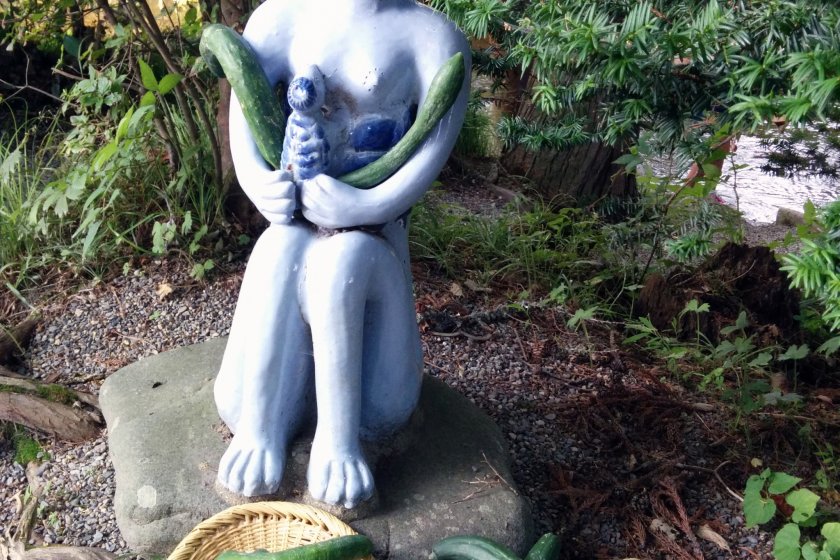 Investigating the legend at Kappabuchi Pool

A kappa statue with cucumber offerings

The city of Tono in Iwate Prefecture is well known for its local legends, beliefs, and traditions. The folklore of the people was immortalized in Kunio Yanagita's Tono Monogatari (The Legends of Tono). Of all the unique and bizarre stories, perhaps none is as well-known as the kappa. This monster can supposedly be found all over Japan, but Kappabuchi Pool in Tono is probably the most famous kappa hangout across the nation.

Since ancient times, there have been numerous reported sightings of the elusive kappa. They have been described as a usually green, sometimes blue or even yellow, red, or orange reptile, the height of a small child with a turtle shell on its back. Kappa live near waterways as they need water to survive, and not just for drinking. A distinctive trait of kappa is a depression on the top of its head, forming a bowl to carry water. Should the water be removed for any reason, a kappa is zapped of its energy and may even die. Kappa, like most monster legends, were created to scare children for the purpose of keeping them away from dangerous places or performing an undesired behavior. In this case: don't go swimming in the rivers without mommy or daddy.

Kappabuchi Pool isn't easy to get to. It's all part of the hunt though. At 6 kilometers away from Tono Station, your best bet is an 11 minute drive by car (Kappabuchi カッパ淵 came up on GPS) otherwise a 40 minute bike ride (there are some rental bikes in town). In either case, you'll park at Denshoen Park (伝承園) and walk your way through some farm fields towards Jokenji Temple. Walk through the temple grounds and across the bridge in the back. Follow the signs, or tourists, and finally you arrive. There's a swift moving stream, overhanging trees blocking most of the afternoon sun, and heavy foliage on both banks of the river. It feels like a kappa could pop out from almost anywhere. The thrill of finally arriving and anticipation to see something I read about in a classic piece of literature really excited me, but I had to be careful as I heard screaming from around the next corner.

Oh, it's just children screaming in delight. They were fishing with cucumbers, said to be a kappa's favorite food. There was also a miniature shrine dedicated to kappa. The kappa here are rumored to have helped protect the nearby temple generations ago, and they grant local women who come and pray with the ability to produce an abundance of breast milk. Why? Because it's Japan and monsters are magical. A brief description in Japanese explains the area's history. Meanwhile, everyone has to snap some souvenir pictures. The atmosphere is light-hearted with parents often telling their children who can't catch a kappa that kappa like to bully and tease, so they are hiding today. But there is a darker side to the kappa. They have been known to kidnap and eat children, impregnate women, and rip or suck out the mythical orbs of energy said to be located inside the human anus. Be careful what you wish for. In hindsight, I was happy to see these "cute" monsters not in the river, but on sign boards and as gifts in shops around Tono.

Kappabuchi Pool is out of the way and mostly just a nice piece of greenery and a stream. However, for those interested in folklore, a little imagination on your own "monster hunt" can make an enjoyable experience. 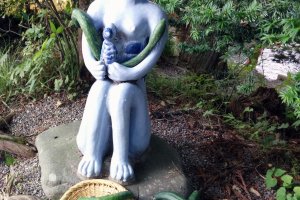 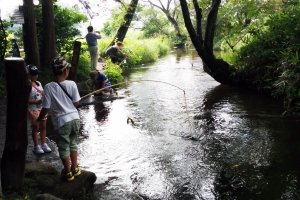 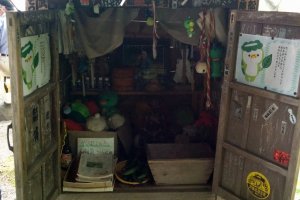 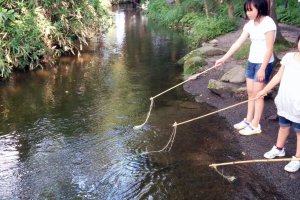 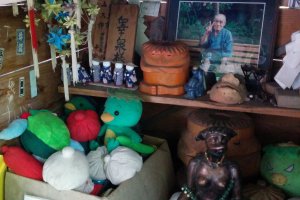 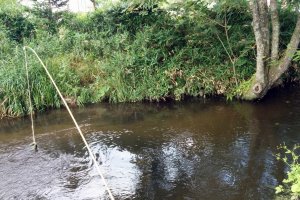 Ellice Tan 6 years ago
This is too cute, I'll love to visit with my Kappa doll :-)))
Reply Show all 0 replies

Justin Velgus Author 7 years ago
Thanks for the comment, Larry! Yes, thanks to kappa I became interested in Japanese mytholodgy and folklore. Things in Japan make a lot more sense when you know a bit. For example, kappa-maki sushi is called such because it is sushi with cucumbers, the kappa's favorite food (but you already knew that^^) I hope your book explains how to defend against kappa should you run into one! I wasn't able to fit it into my article.
Reply Show all 0 replies

Larry Knipfing 7 years ago
Ah, another Kappa fan! Hey Justin, I'm in the middle of researching a Japan Steampunk novel that I am planning to write. Guess what? Kappa play a huge role in the story!
Reply Show all 1 replies

Justin Velgus Author 6 years ago
Larry, did you ever get the book finished?
Reply
4 comments in total